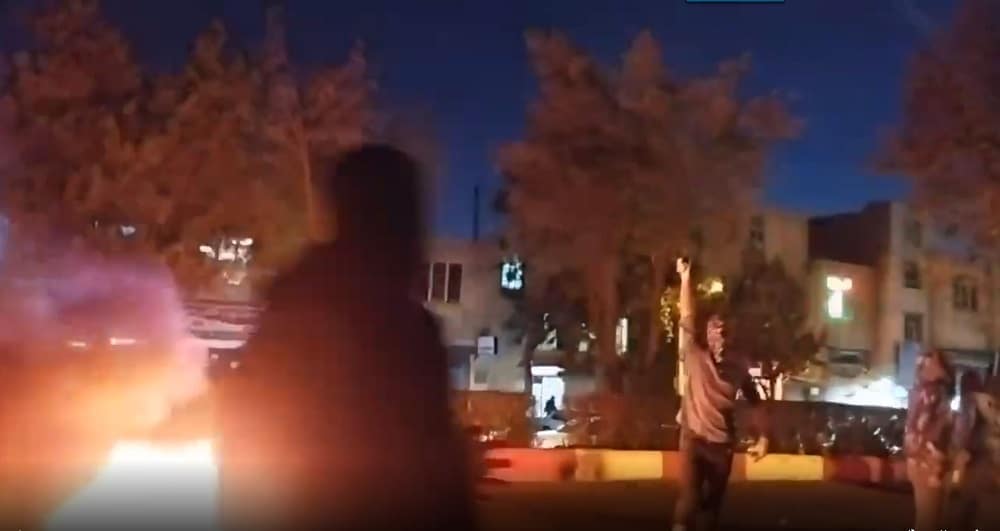 The students were chanting: “Students will die, but will not be humiliated,” “If one student is missing, all hell will break loose,” “Imprisoned students must be released,” “Seyyed Ali (Khamenei) Aban (November), the month of revenge, is here,” “Freedom is our right, our strength is our unity,” “We are not scared of anything, tell my mother that she no longer has a daughter.”

In Dezful, southwest Iran, the regime prevented the funeral ceremony of Mohammad Ghaemifar and secretly buried his body at 5:00 am today. In Siahkal, northern Iran, the people who had gathered to commemorate the third day of the martyrdom of Erfan Zamani were attacked by suppressive forces, but put up a resistance and chanted anti-regime slogans.

The furniture merchants in Vali-e Asr township of Tehran and the Bazaars merchants in Marivan went on strike in solidarity with the uprising.

The families of those arrested during the uprising gathered outside Evin prison to inquire about the plight of their loved ones. In Ahvaz, southwest, young people set fire to the statue of the eliminated Quds Force Commander Qassem Soleimani. Female students demonstrated in Sabzevar, northeast Iran, chanting “Have no fear, we are all together.”

November 7 – Mahabad, northwest #Iran
Locals continuing the nationwide protests against the regime on the 53rd night of the uprising.#IranRevolution2022#آزادی_آزادی_آزادیpic.twitter.com/sizWkA7mlP