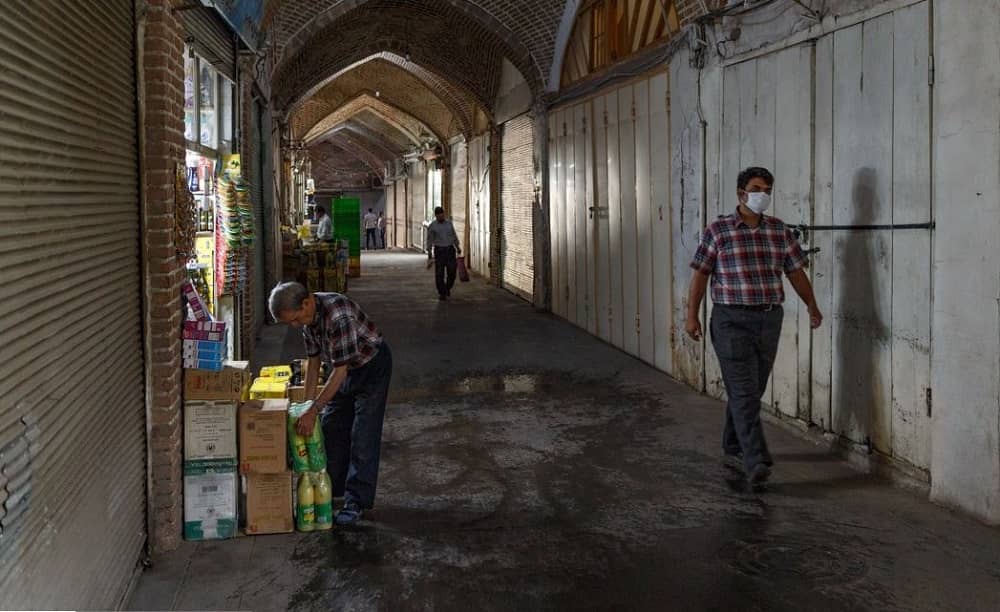 Calls for Justice in Iran Continue to Echo in Stockholm

Today, while the Swedish Judiciary was holding a trial to cross-examine Hamid Noury, a former prison guard who participated in the 1988 massacre of political prisoners in Iran, Iranians, and supporters of the Mojahedin-e-Khalq Organization demonstrated in front of the court and called for accountability of the Iranian regime’s officials who committed crimes against humanity.

The legislation called the “No Oil From Terrorists Act,” is especially timely as President Biden announced a ban on Russian oil imports to the U.S. on Tuesday amid bipartisan pressure as Russia continues its invasion of Ukraine. Meanwhile, the United States is in active negotiations in Vienna to restart the Iran nuclear deal, which former President Donald Trump pulled out of in 2018.

Iran Continues to Threaten US Interests, US Intelligence Community Assesses 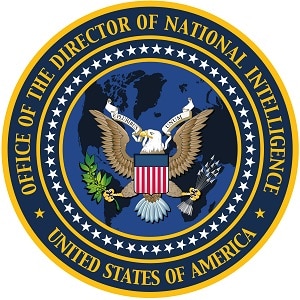 In its Annual Assessment Report for 2022, published on the US Congress website today, the American intelligence community called the Iranian regime a threat to US interests. The report states: “Iran will continue to threaten U.S. interests as it tries to erode U.S. influence in the Middle East, entrench its influence and project power in neighboring states, and minimize threats to regime stability. Tehran will try to leverage its expanding nuclear program, proxy and partner forces, diplomacy, and military sales and acquisitions to advance its goals. The Iranian regime sees itself as locked in an existential struggle with the United States and its regional allies, while it pursues its longstanding ambitions for regional leadership.” 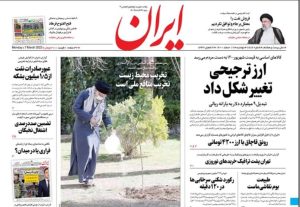 The government-run newspaper “Iran” wrote today: “News about Volodymyr Zelinski is being circulated in the media that he is not in Kyiv and has fled to the Polish capital, Warsaw, and taken refuge in the US embassy.”

Comparing the Ukrainian president with the slain IRGC-Quds Force commander, the state-run daily added: “Zelensky wanted to be known as “the man on the field” and was promoted by the Western media, while he was being symbolized as the hero of the Ukrainians. But as the crisis in Ukraine drags on, more and more realities are emerging about him.”

Iran Plotting Assassination of John Bolton, Others, Even While Biden Negotiates Nuclear Deal 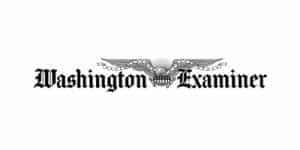 EXCLUSIVE — At least two Iranians belonging to the Islamic Revolutionary Guards’ covert-action Quds Force have been plotting to assassinate former national security adviser John Bolton, according to a Justice Department official with direct knowledge of the investigation.

The source tells the Washington Examiner that the department possesses indictable evidence against the Iranians but that Biden administration officials are resisting publicly indicting the men for fear that it could derail their drive for a nuclear deal with Iran, currently nearing completion in negotiations in Vienna, Austria. Biden’s hope is to resume the 2015 JCPOA Iran nuclear accord. Former President Donald Trump withdrew the United States from the accord, and Iran suspended its compliance.

On March 6, the Kayhan newspaper whose political editorial guidelines are dictated by the Iranian regime Supreme Leader’s office expressed Tehran’s mindset about the current state of the nuclear talks.

“In the last 20 years, the United States, the United Kingdom, and Israel have waged more than 10 devastating wars to devour the region and we stood up and squandered their $7,000 billion of treasure,” the daily wrote. “For this reason, the JCPOA did not fulfill their dreams and they called for JCPOA 2.0 and 3.0 to curb our military and missile power as well as the irreplaceable influence in the region.”

Claiming victory in the nuclear talks and referring to the US withdrawal from the 2015 agreement, Kayhan added: “But now, their dreams have turned into nightmares and they have also been defeated and retaliated against for their deception in the JCPOA. Iran has expanded its nuclear program, deployed missiles and drones, and, despite crippling sanctions and maximum pressure, has increased its oil sales to over 1.2 million barrels.”

Trying to exploit the Russian invasion, Kayhan expressed the regime’s appetite for influencing the global oil market and wrote: “Now that the sanctions are being vanquished and our resistance is bearing fruit, we should not be satisfied with anything less than lifting all sanctions (that means a guaranteed and solid profit for Iran in the banking, finance, oil, and investment systems), and we shouldn’t be coping with returning to the previous vicious cycle.” 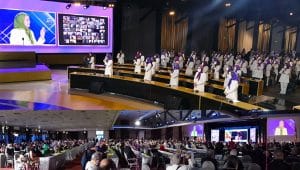 In a conference on  International Women’s Day thousands of women celebrated the role of Iranian women in the struggle for freedom in Iran and equal rights across the world. In the conference,  held in Berlin, Ashraf 3 (Albania), and online, politicians, lawmakers, women’s rights activists, and members of the Iranian Resistance spoke of the recent developments in Iran and the world, and the role women can play in freeing Iran of tyranny.

The keynote speaker, Mrs. Maryam Rajavi, the President-elect of the National Council of Resistance of Iran underscored the resilience of Iranian women against the misogynist rule of the mullahs. 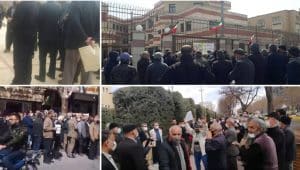 Cities across Iran were witness to steel industry retirees and pensioners of the Social Security Organization holding rallies on Sunday, March 6, protesting low wages and pensions, insurance issues, and poor living conditions. The cities of Isfahan, Shiraz, Tabriz, Qazvin, Arak, Kermanshah, and Shushtar were among those where such protests took shape as people from all walks of life throughout Iran are enduring difficult conditions due to rising inflation causing skyrocketing prices of basic goods and housing.

Iranian Women Refuse To Bow Down Despite 43 Years of Repression The 1979 anti-monarchy revolution in Iran created a sense of participation among men and women from all classes. In the marches that led to the revolution, there were professional women without hijab or scarves and women from traditional backgrounds wearing the traditional black veil; there were women from lower and middle-class families, accompanied by their spouses and children. All these women walked shoulder to shoulder together, hoping that the revolution would bring them an improvement in their economic and social status and above all an improvement in their legal status. Honor killings have increased at an alarming rate in recent years in Iran. As institutionalized patriarchy and misogyny have become commonplace under Iran’s clerical rule, the cleric’s propaganda, teachings as well as advocacy are also making this heinous crime against women and girls prevalent in modern culture and preaching it as an honorable tradition.

There was shock, outrage, and disgust nationally as well as internationally in August of 2021 and in February 2022 about beheading 14-year-old Romina Ashrafi by her father, and again when 17-year-old Mona Heydari (Ghazal) was beheaded by her husband in an honor killing. Mona was a victim of child marriage at the age of 12. 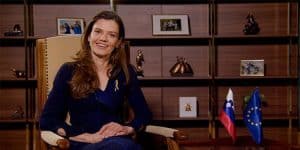 Mrs. Urška Bačovnik Janša, the wife of the Slovenian Prime Minister, expressed her support for Iranian women in a message of solidarity to the Berlin Conference, “Women, Force for Change in Iran, Global Peace and Security,” on March 5, 2022.

Following is the text of her message: Dear participants, ladies, and gentlemen, It’s a great honor and pleasure to attend this conference with so many distinguished guests under the great leadership of Maryam Rajavi.