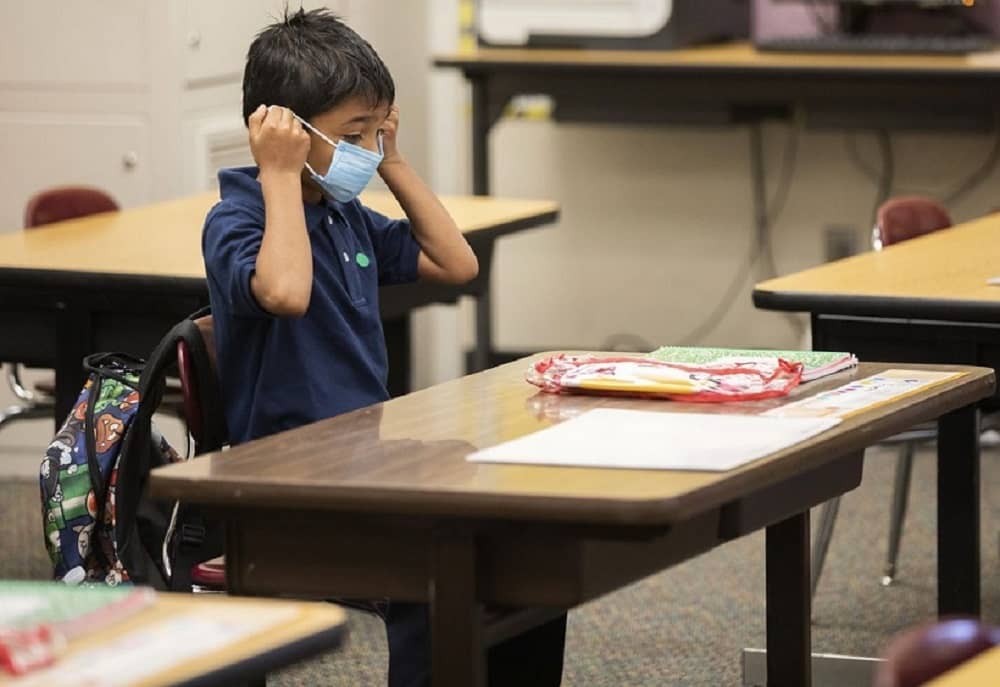 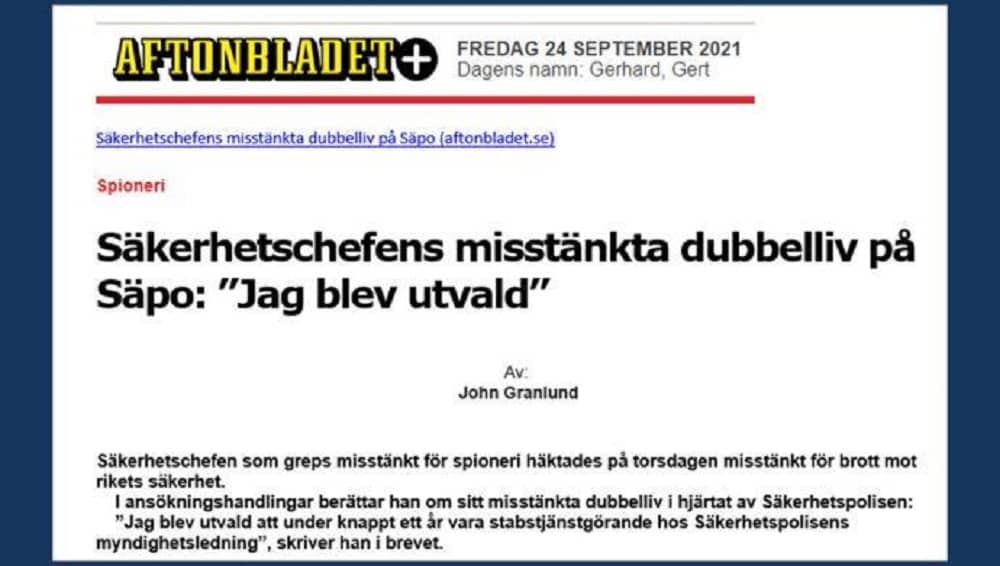 Swedish newspapers, including Aftonbladet and Expressen, reported that a former Swedish security police chief had been arrested for spying on behalf of the Iranian regime between 2011 and 2015. Local and Persian language websites have identified this person as Peyman Kia, 40 years old. Having obtained Swedish citizenship, he worked as a director in the Swedish Security Police (SPO) as well as an analyst in a Swedish military organization while he was spying for Tehran.

Arrested last Monday, the court decided on Thursday to order detention for this person on charges of grossly and unlawfully abusing his position as someone with access to classified information and violating national security, in order to avoid him destroying documents or to escape. The arrested person is accused of espionage for reasonable reasons, the Swedish Security Service said in a statement.

While the Iranian regime is trying to pose its membership in the Shanghai Cooperation Organization as a great economic achievement, the head of the regime’s Chamber of Commerce in Tehran tweeted: “Iran’s oil exports to China fell sharply to $11 million in the first seven months of the year, compared to $9,539 million in 2018.” During this period, the countries of the region have taken over the share of Iran’s oil exports. With the continuation of sanctions, the Iranian economy is losing more opportunities.” 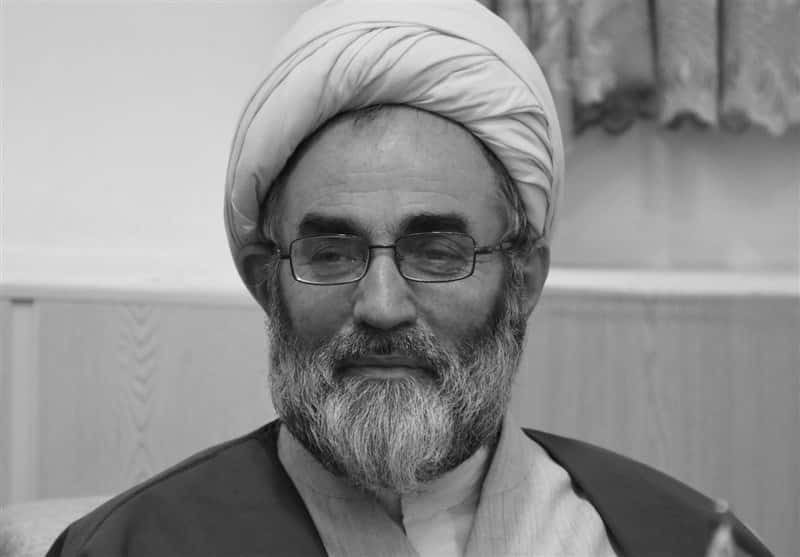 During the Friday prayers, Rasul Falahati, the supreme leader’s representative in Rasht said: “After 42 years, the leachate drainage of Saravan has become 100 meters high and no one in the province cares about it. Due to political, economic, and financial conflicts in the province, people have forgotten the province’s systems and infrastructure. Our companies and our industrial towns are often either closed or semi-closed. Some businesses are shut down for good.” 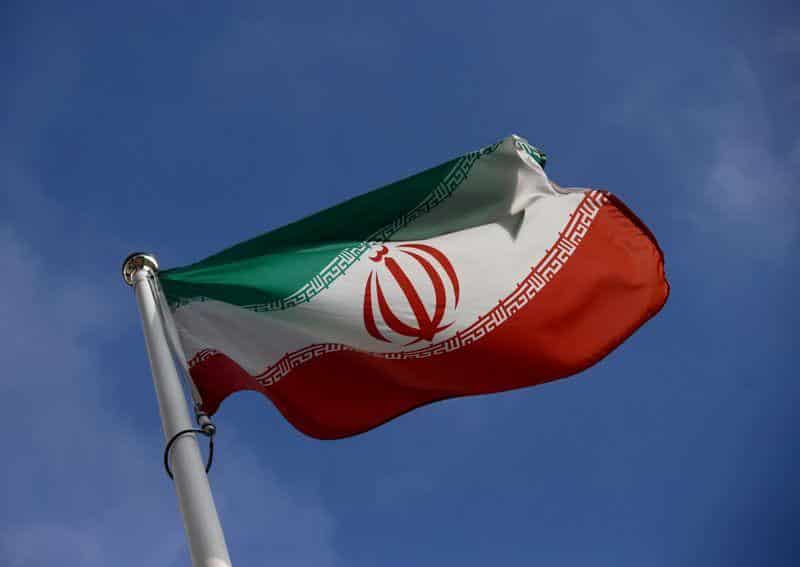 Washington Free Beacon- The sprawling annual defense bill includes several provisions that would block the Biden administration from providing Iran with cash and would require the administration to come clean about any economic sanctions relief it provides to the Islamic Republic. The Republican Study Committee (RSC), the largest GOP caucus in Congress, is codifying its anti-Iran platform in the 2022 National Defense Authorization Act, which funds U.S. defense efforts and is expected to pass through the House this week.

🚨The House just passed my legislation in the #NDAA to require full transparency ahead of any deal with Iran.

Iran has attempted kidnappings, assassinations & attacks on our soil. All its malign activity in our country must be made public so we can take action to keep USA safe. pic.twitter.com/5fFSFBvNDy

On Thursday, during an interview in New York on the sidelines of the UN General Assembly, Ahmad Awad bin Mubarak, Yemeni Foreign Minister, accused the Iranian regime of pressuring the Houthis to prevent them from pursuing a political solution.
“The Iranian regime has ordered the Houthis not to resort to a peaceful and political solution before occupying Marib province,” he said in a statement released by Al-Arabiya.
Bin Mubarak added: “This militant group, backed by the Iranian regime, is trying to oppose and sabotage peace initiatives, and despite calls for peace by international organizations in Shabwa, Abyan, Al-Dhale, and Marib provinces, they continue their military attacks and insist on intensifying the war.”

Another Death in the Afkari Case in Iran 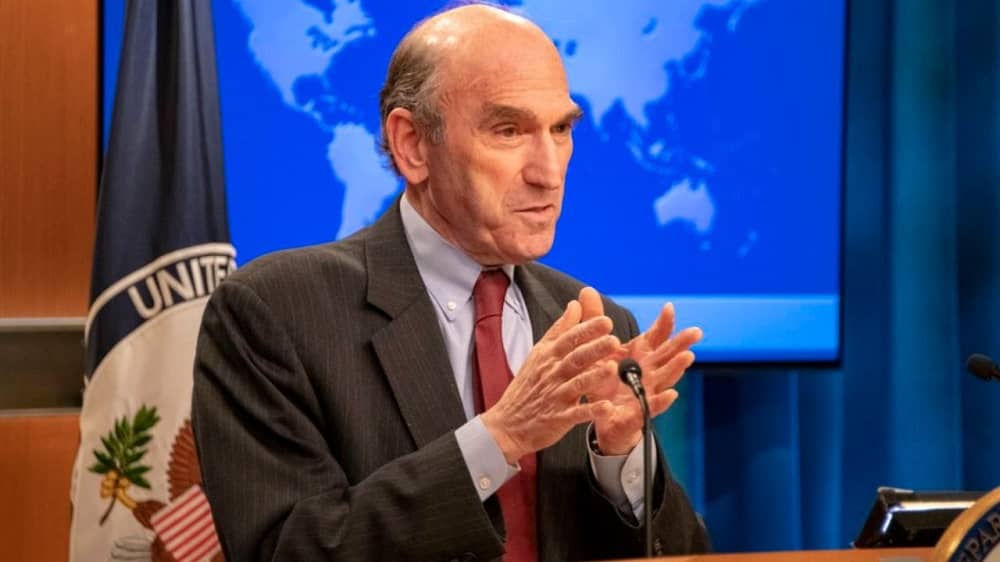 By Elliott Abrams- As Iranian diplomats attend the United Nations General Assembly and the Biden administration seeks to get back to the nuclear negotiating table with Iran, the Iranian regime has just reminded us again of its fundamental nature. 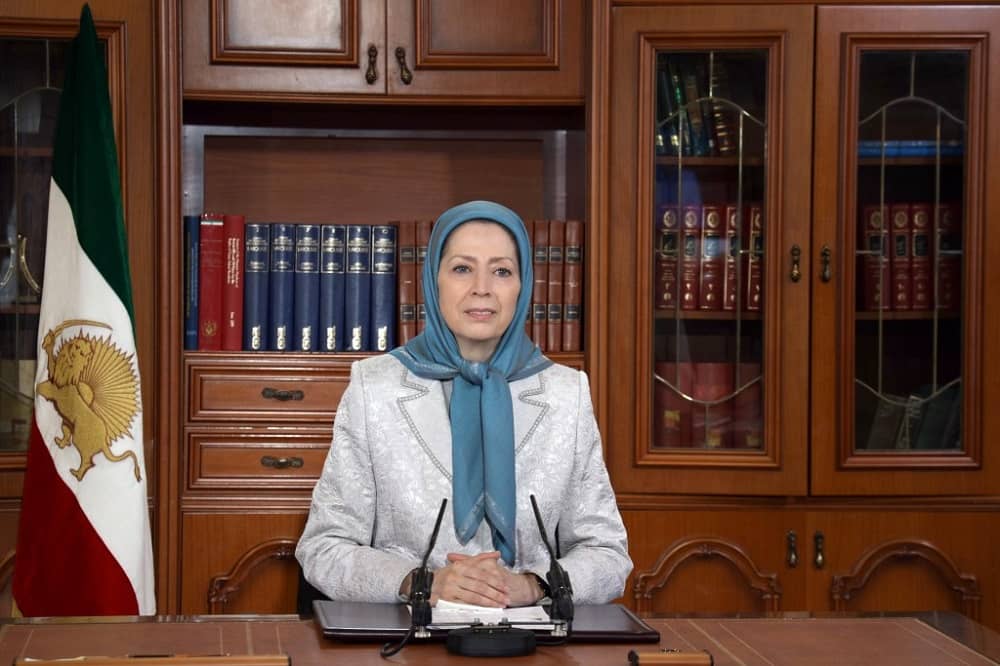 I send my greetings to you at the start of the new academic year. The first lesson in any school and university must be freedom and rising up to achieve it. It is a lesson and a book that successive generations of Iranian youth and teenagers have been writing and learning since the 1906 Constitutional Revolution. Until the day the Iranian people pass the great nationwide test of overthrowing the religious dictatorship and achieve freedom. 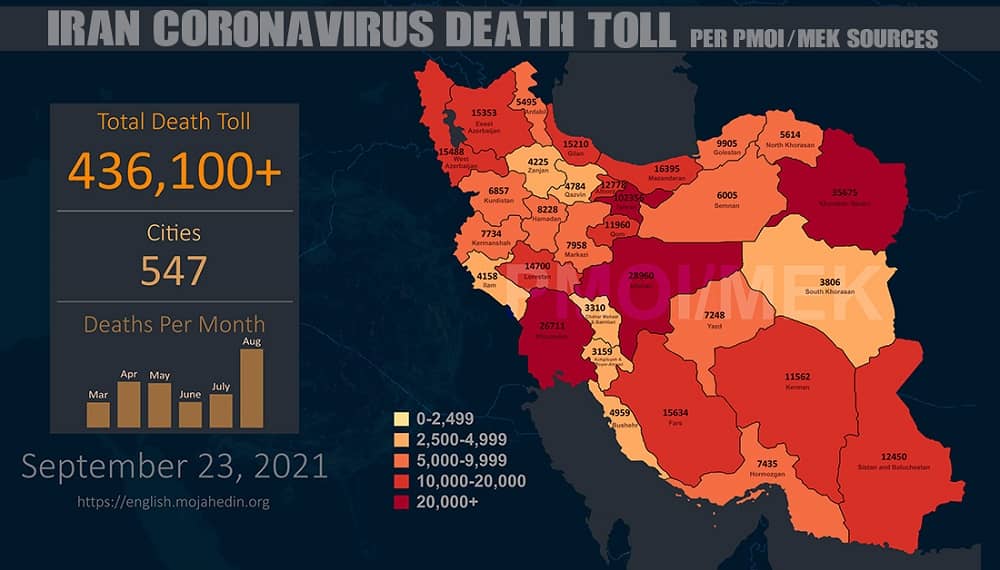 More than 436,100 people have died of the novel #coronavirus in 547 cities checkered across all of Iran's 31 provinces, according to the Iranian opposition PMOI/MEK.

Why Is Iran’s Regime Reopening Schools Despite COVID-19 Surge? 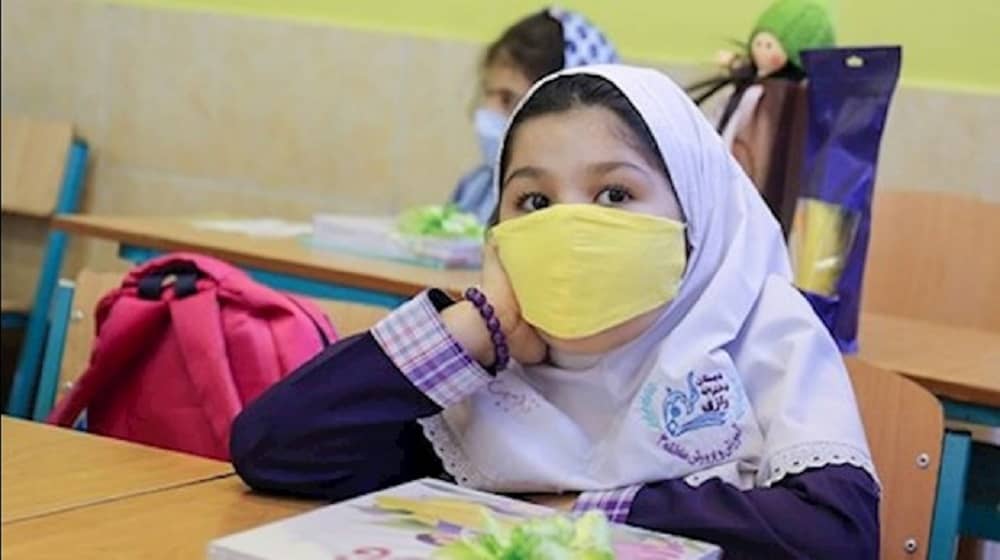 These days, there are many articles in Iran’s state-run press that question the regime’s Supreme Leader Ali Khamenei for banning the validity of approved American and British vaccines. “Delay in vaccination has made us a bad example for the world. The most important element in this regard is the politicization of this issue… One of the most important reasons why our country has been unsuccessful in managing the coronavirus, alongside delays in vaccination, is the fact that science and expertise matters have been politicized and turned into ideological issues, especially when it comes to medicine. We never see good results when science is politicized,” said Mostafa Moein, head of the regime’s own Medical Apparatus Higher Council on September 18, according to state TV.

The Imperative To Prosecute Ebrahim Raisi and Ali Khamenei 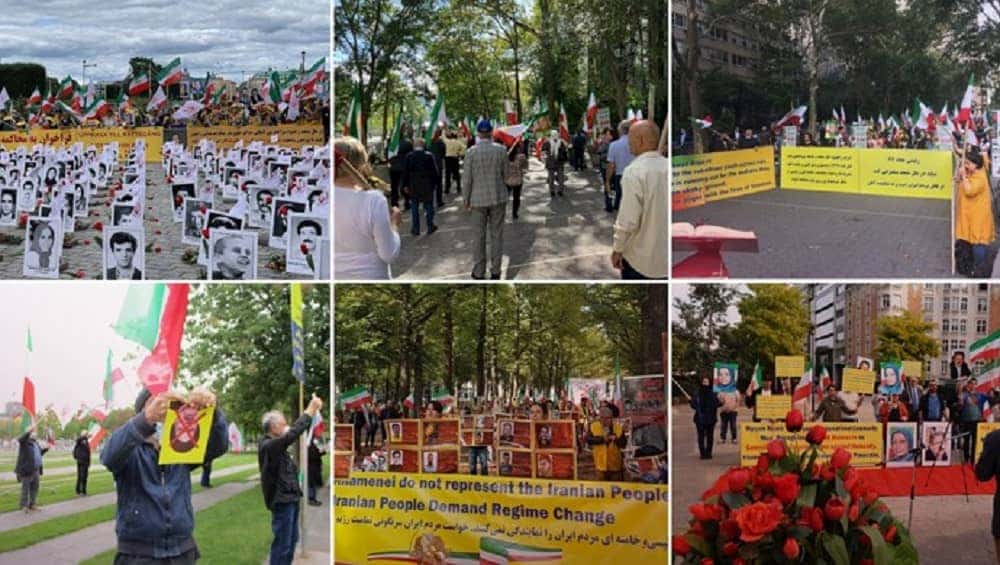 While Iranian regime president Ebrahim Raisi addressed the United Nations General Assembly on Tuesday, freedom-loving Iranians held a protest rally in front of the UN’s New York headquarters. At the same time, Iranians in 11 cities across the world held similar rallies. Their slogans reflected the desire of millions of Iranians who have been living under the tyrannical rule of the mullahs for the past four decades. Their message to the international community: Ebrahim Raisi doesn’t deserve a podium at the UN. He and his master, regime supreme leader Ali Khamenei, must be prosecuted for their crimes against humanity, including the massacre of more than 30,000 political prisoners in the summer of 1988.

With the New School Year in Iran, Dropouts Increase 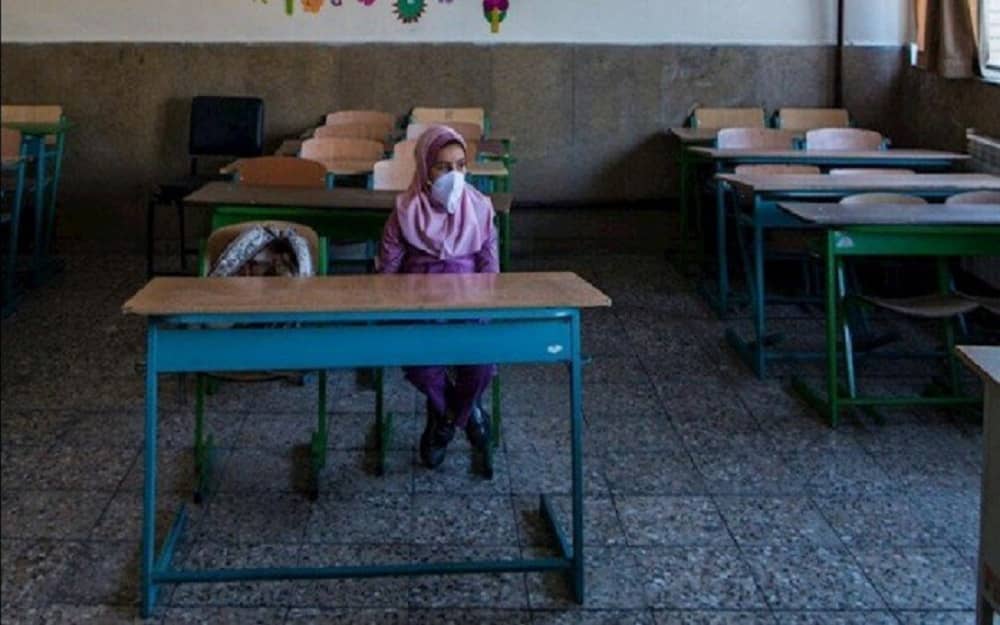 There are less than two weeks left before schools in Iran reopen. The costs of the first month of attending school are many times higher than the wages of the children’s parents which are creating major problems for Iran’s community.

Shahin Naseri, a prisoner in the Greater Tehran Prison, died under suspicious circumstances in the notorious prison on September 21. Before political prisoner Navid Afkari was executed last September, Shahin sent an audio file from prison detailing the torture of the wrestling champion and asking the people of Iran to support Navid. Below is the transcript of parts of the audio file. 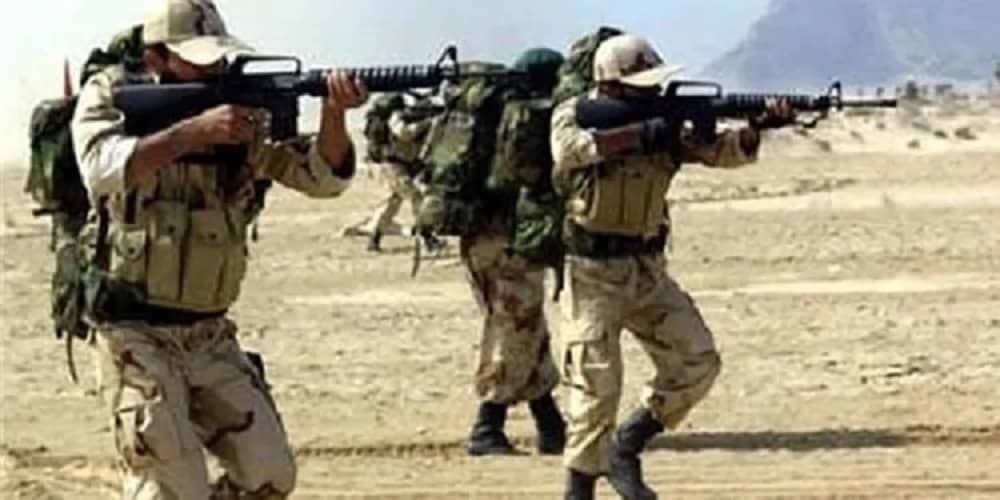 Two Baluch men, including a former political prisoner, were killed by the Islamic Revolutionary Guards Corps (IRGC) on September 17 in Zahedan, the capital of the southeastern province of Sistan and Baluchestan, a Baluch human rights group said. According to the Baloch Campaign website, Khaled Sheh Bakhsh and Dadshah Sheh Bakhsh were killed during an ambush. The report said IRGC forces fired at them without warning killing Dadshah. Khaled escaped while wounded and passed away after three days in his home from the severity of his wounds.

Previous articleIran: The Inhumane COVID-19 Policies of the Regime Leave 436,100 Deaths
Next articleIran’s Presidential Administration Is a Symbol of Impunity That Must Be Challenged