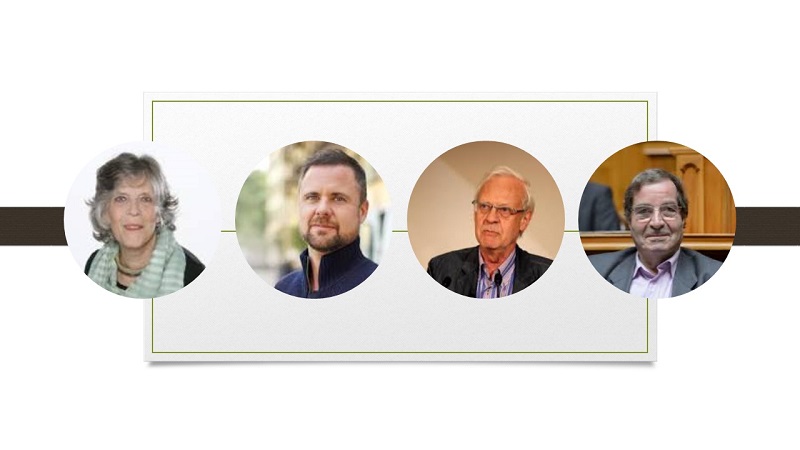 Written by Mansoureh Galestan on 30 November 2019.

Members of Parliament and political dignitaries from Switzerland expressed their support of the recent nationwide uprising Iran. since the original messages were in French you could see the translation below.

Sylvain Thévoz, the co-president of the section of the Socialist Party of the city of Geneva and member of the Grand Council of Geneva said in a message:

“Total support for the uprising of youth in Iran. The desire to live and to free ourselves from all authoritarianism enjoys all of our support.”

“I support firmly the protests of the Iranian people who want freedom and democracy in Iran. I love their courage facing the mullahs’ regime. I wish that this bloodthirsty regime disappears forever.” he wrote.

“The UN Security Council must immediately intervene against the massacres of the protesters and hold the mullahs to account,” he added.

“The extraordinary revolt in Iran is suppressed by murders, beatings, and imprisonment inflicted on thousands of victims.”

“This massive crime committed by the mullahs and their militias must be stopped by the international community, by the strongest intervention of the States, in particular by Switzerland,” Mr. De Dardel continued.

“We must, without any reserve, support these demonstrators whose courage, intelligence and determination arouse our admiration and our total solidarity,” he said.

Christiane Perregaux University Professor, member of the Committee for Democracy and Secularism in Iran and one of the longstanding supporters of the Iranian people and their resistance also sent a message of solidarity.

She wrote, “I condemn the deadly repression suffered by the Iranian people for several days and salute their courage and their desire for political change. There are several hundred dead and thousands wounded - at least 10,000 people have been arrested.”

Swiss human rights activist Christiane Perregaux: The MEK (PMOI) has always been at the forefront of the fight against the mullahs despite the demonization campaign staged against them. World powers must end the impunity enjoyed by Iran’s regime. #FreeIran #IStandWithMaryamRajavi pic.twitter.com/xkozRXPI4x