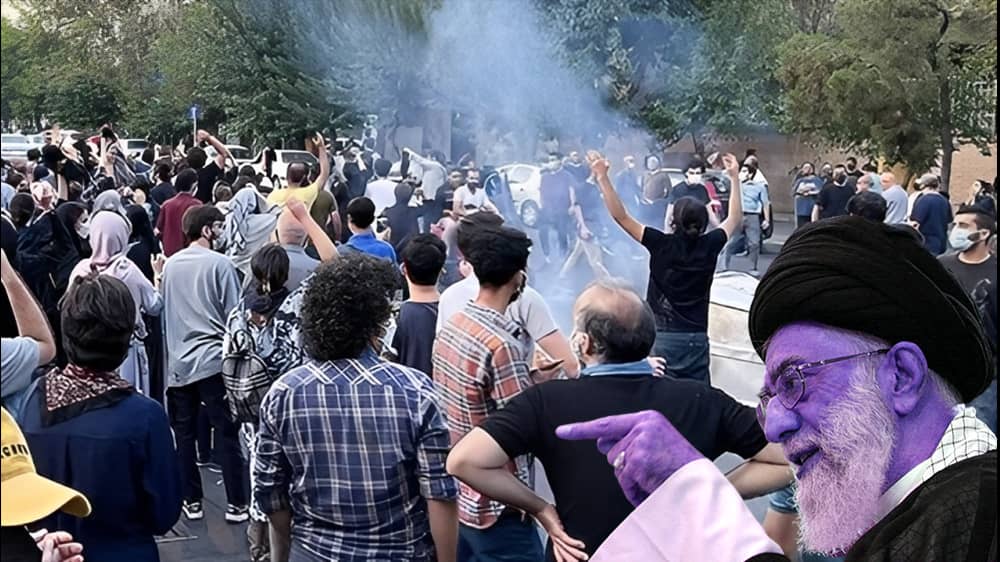 On November 6, 1978, in a televised speech that was broadcast to the entire nation, Mohammadreza Pahlavi, the last monarchial dictator, the Shah, acknowledged he had heard the “voice” of the Iranian people’s revolution. Nevertheless, following years-long of popular uprisings and amid calls for the end of his regime, Iran’s current dictator, Ali Khamenei, tries to ignore the voice of a new revolution, even rejecting any advice from his officials.

In his remarks on Saturday, Khamenei struck a note of desperation vis-à-vis what many consider Iran’s democratic revolution by asking authorities from both his “loyalist” and the rival faction to unify.

The nationwide uprising continues for the third month in a row despite the authorities’ attempts to quash demonstrations. The continuation of these protests has increased the regime’s infightings, revealing large cracks in the establishment wherein Khamenei tried to consolidate power.

Officials from both factions have acknowledged the regime’s grave situation, asking Khamenei to hear protesters, much like Iran’s previous dictator, the Shah. Yet again, Khamenei has remained dismissive.

“They tell us to hear the people’s voices. Didn’t you hear them on November 4? You should hear the people! How long has it passed since the burial ceremony of [Qassem] Soleimani and the large crowd attending it?” he said, referring to the state-staged rallies on this year’s anniversary of Iran’s Hostage Crisis in 1979 as well as the mourning ceremonies the regime staged in 2020 following the elimination of its terror-mastermind Qassem Soleimani.

Instead of increasing “unity” in the regime’s ranks, Khamenei’s speech caused much stir.

“We cannot limit people’s voices to a special group. It is unlikely to have one voice in society. The popular demands are not just different, but constantly evolve,” the state-run Etemad daily wrote on November 29, while considering the state-organized gathering on November 4 as part of Iran’s society. 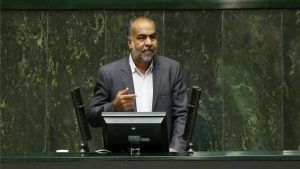 “Before negotiating with the United States, we should communicate with ourselves. I am not encouraging anyone to speak with the Mujahedin-e Khalq [aka MEK, Iran’s principal opposition group]. We should speak with former presidents and former parliament speakers who shed blood and tears to keep this system alive. If we don’t act now, soon, we will be gone,” MP Mohammad-Reza Sabaghian said during the parliament’s public session on November 29.

After Sabaghian, another MP, Jalil Rahimi Jahan-Abadi, warned his peers of the ominous future awaiting the regime.

“Every 40 to 50 years, governments fall in the Middle East, face serious challenges, and resort to blind and bloody violence. Why? Because these regimes are incapable of understanding their people’s demands,” he said, as aired by Iran’s state TV. 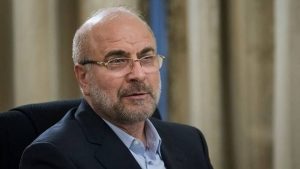 These warnings align with what Mohammad Bagher Gahalibaf, the regime’s parliament speaker, tried to push as a “new way of governing.” He repeated these words less than 24 hours after Khamenei’s remarks on Sunday. “The only way out of this crisis and solving our problems is to renovate the ruling system.”

These remarks picture serious cracks in a system that Khamenei has been trying to consolidate in the face of an explosive society.  In February 2020, Khamenei purged all candidates from rival factions and handpicked the parliament. This gang of hoodlums was selected only to implement Khamenei’s mandates, not to oppose them. The regime’s Supreme Leader also eliminated all serious contenders in the following presidential sham elections to make way for Ebrahim Raisi, merely a “yes man,” to lead the executive branch.

These contradictory statements underline that Iran’s nationwide uprising has changed all equations, including the regime’s inner balance. The most important sign of this is Khamenei’s failure to even temporarily quell the infightings in his regime’s ranks, let alone the nationwide uprising.

Khamenei cannot tolerate the slightest opposition or play any game of moderation. Thus, he rejects the pieces of advice from authorities whose objective is also to preserve the ruling theocracy. These contradictory remarks well portray the regime’s deadlock facing Iran’s democratic revolution.

Amid the clerical regime’s rising infightings and cries of warning by authorities to preserve the establishment, the Iranian people’s voice calling for freedom and democracy is loudly and clearly heard. Whether Khamenei hears this national call for regime change or not, Iranians are determined to achieve democracy.

The ball is now in the court of Western democracies. They should hear the Iranian revolution’s voice and stand on the right side of history by cutting all ties with Tehran and recognizing Iranians’ right to self-defense vis-à-vis the regime’s brutality.

Today, Khamenei and Raisi admitted to the explosive state of society by acknowledging pervasive poverty, 44% inflation, a budget deficit of 450,000 billion Tomans, and a 680% increase in liquidity. #Iran