Day 28 of the Iran Protests for Regime Change 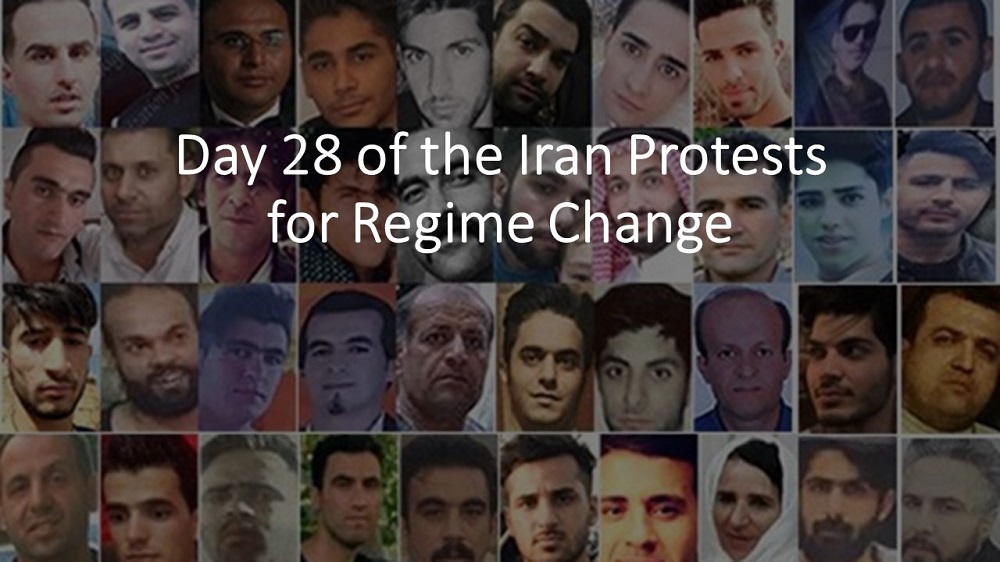 ▶️ published details of 432 martyrs
▶️Published photographs of 169 martyrs (see ‘s IRGC command has given its forces gold coins as a gift to thank them for the brutal crackdown against . 1000+ were killed, 4k injured, 12k+ arrested. The arrests are still ongoing with reports of death under torture. pic.twitter.com/w2BmJnAUmZ

Read more: Day 27 of the Iran Protests for Regime Change