Iran Braces for US Sanctions Amid Protest 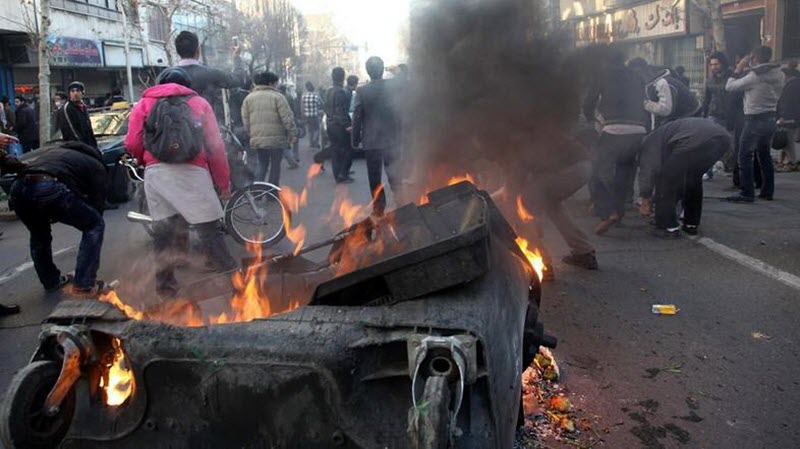 As the Iranian Regime prepares for massive sanctions on its oil industry next week, it is also seeing a sharp rise in the number of protests sparked by the country’s economic crisis.

The oil sanctions, due to take effect on Monday, target Iran’s main source of income and, as a result, are the harshest action taken by the US since Donald Trump pulled out of the 2015 nuclear deal in May. This deal was supposed to ensure restrictions on Iran’s nuclear programme in exchange for sanctions relief, but Trump advised that it failed to do so.

Back in August, the US reimposed sanctions on Iran’s use of the US dollar, car industry, and purchase of aeroplane parts and precious metals. The US hopes that these sanctions will bring the Regime back to the negotiating table for a new deal, which addresses its malign behaviour, including support for terrorist groups and use of ballistic missiles.

The sanctions have already put intense pressure on the Iranian Regime, with the rial seeing a steep decline in value and the costs of everyday essentials skyrocketing. This has sparked increased protests and strikes against the Regime, which have only grown in size despite the Regime’s brutal crackdown.

When sanctions were first removed under the 2015 deal, Iran benefitted from being able to sell its oil freely across the world and signing billion-dollar agreements with Western firms like Airbus, and Boeing. However, what didn’t change was the Regime’s economic mismanagement, which meant the country was thoroughly unprepared for Trump to withdraw from the nuclear deal.

Now, Trump has vowed that companies (or countries) who fail to comply with the sanctions will find themselves cut off from the US financial system; although some sanctions waivers may be available to countries that significantly cut down on their oil imports.

Iranian President Hassan Rouhani tried to reassure the public that the Regime would alleviate the economic problems, while also admitting that the situation may be bad for several months to come, but his promises rang hollow to the Iranian people.

Iran tried to circumvent the sanctions by selling its oil in an energy stock exchange on Sunday, with Iranian Oil Minister Bijan Zanganeh advising on Wednesday that 280,000 barrels of Iranian oil had already been sold on the IRENEX exchange and that 720,000 barrels would be sold soon.

The European countries that remain committed to the nuclear have tried to shield their companies from US sanctions, but many European companies have pulled out anyway, including General Electric, Maersk, Peugeot, Renault, Siemens, and Total.