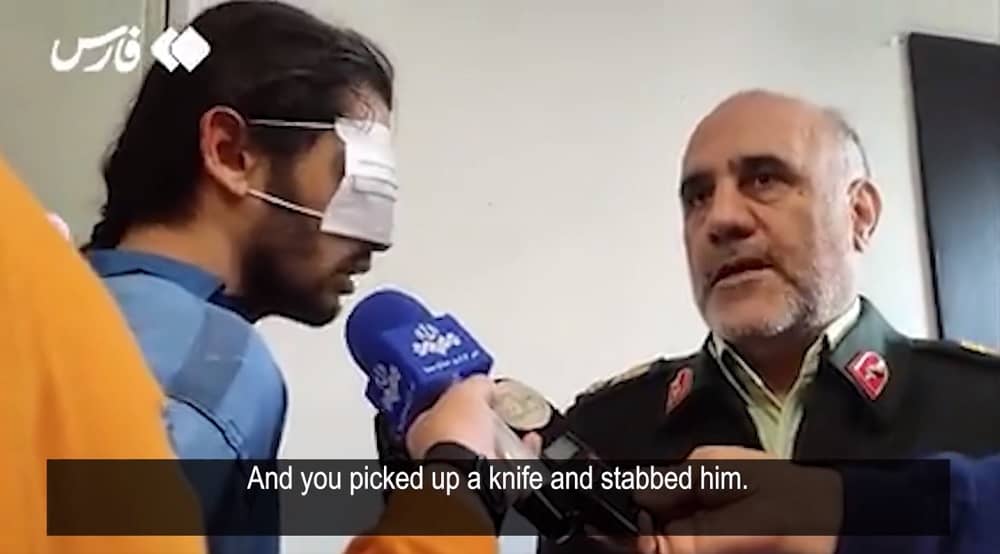 With the ongoing protests in Iran severely threatening the existence of the Iranian regime, regime officials have felt the need to order as many executions as possible as their only means of tackling the supposed ‘dissent’ from protesters across the country.

Waves of detained protesters, who were arrested during the recent demonstrations, have been swiftly marked for execution, with many being subjected to forced confessions under torture. Iranian authorities have then used these confessions to charge prisoners with unrelated crimes to justify the sentences of hanging.

On Monday, January 9, 22-year-old Mohammad Ghobadlou was due to be executed, having been accused of murdering a special anti-riot unit and injuring 5 others in a hit-and-run incident. After being arrested during the recent protests and detained at Gohardasht prison, Ghobadlou was denied his right to seek counsel from an attorney and was falsely charged with a crime he did not commit following a confession made under torture.

His mother took a stand outside the prison on the evening of January 9 to fight for her son’s innocence. In a statement she gave, she stated that there was evidence that the special anti-riot unit had been killed elsewhere, but the authorities blamed her son so that they had an excuse to execute him.

Footage shows the mother of #MohammadGhobadlou speaking out against the regime's plot to murder her son. Mr. Ghobadlou is a political prisoner who has been arrested during #IranRevoIution. pic.twitter.com/yQ4HcV3rqE

In reference to the special anti-riot unit, she said, “In their official security forces website it said that he was killed in Robat Karim district. It has been said on the NAJA website that people were kicking him, and he died. Everybody knows this, they purposely put his death in my son’s case to hang him.”

In another case, a protester who had been arrested in November 2022 refused to give a forced confession despite intense pressure from Iranian authorities. The man was then subjected to a highly charged interrogation from the regime’s media reporters and an officer, who was clearly biased with the narrative that they had been fed by regime officials.

The protester remained steadfast in proclaiming his innocence as he desperately tried to give his version of events, despite the barrage of accusatory statements.

Below is an excerpt of the transcription from the interrogation:

Officer: Tell me what happened from the beginning

Defendant: The Basij member ran away and reached the parking lot. I followed the other guys and I saw that they were beating him. Someone was stabbing. Ten people were stabbing him. One was throwing stones… I swear by God…

Officer: And you picked up a knife and stabbed him.

Defendant: No, I swear to God. I didn’t have a knife at all.

Reporter: Did you identify him [Basij] in advance?

Defendant: No, THEY had identified him earlier.

Reporter: Did you chase him?

Defendant: They chased him.

Reporter: How many people?

Defendant: No, they had identified him among the crowd

Reporter: That means that you were chasing any Basij members to beat them, no matter what?

Defendant: No, I swear by God

Footage from the state-run Fars news agency shows how security forces and so-called journalists put pressure on an arrested protester to give forced confession and sign his own death sentence in front of the cameras.#IranRevoIution #HumanRightsViolation pic.twitter.com/mwDut4hS2U

While the international community has been quick to verbally condemn the regime for its actions regarding forced confessions from prisoners, this is not enough to protect the individuals who are being murdered at the hands of the regime under false pretenses.

Real action needs to be set in motion now to safeguard the Iranian people, and their right to protest the rule of the brutal totalitarian regime, as they fight for freedom.