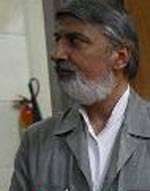 NCRI – A member of the Iranian regime’s Majlis (Parliament) has warned that providing the regime’s “enemies” with information showing signs of the regime’s weakness would be considered treason.

He added, “Those journalists who are incarcerated today transferred information about the regime to outsiders.”

“Passing on intelligence that shows weaknesses of the establishment to the enemy is treason against the country, and journalists who leak secrets and information to outsiders are traitors,” Taraqi added.

The Majlis deputy said that individuals like the jailed journalists are not committed to the regime’s objectives because they leak “grim data” about the regime instead of “optimistic information.”

In the midst of widening rifts within the clerical regime, Taraqi also implied that news about conflicts and divisions among internal factions, coupled with those that generally expose political instability and “satisfy the enemy” are considered examples of what he described as “treason.”