On Monday morning, June 11, 2018, more than 400 workers of Iran National Steel Industrial Group in Ahvaz once again called for the consideration of the status of the company and the payment of their delayed salaries in a gathering in front of the Governorate in Ahvaz.

: Protest gathering of the National Steel Industrial Group workers.
On Monday, June 21, more than 400 workers of Iran National Steel Industrial Group in once again called for the consideration of the status of the company… in Ahvaz today by steel workers: “Our enemy is right here. They’re lying when they say it’s America” “They don’t pay our salaries but chant Death to America” (via MEK) , Protest Rally of Tehran Bus Company Drivers
On Monday, June 11, 2018, a group of drivers from the Tehran Bus Company, a member of the Spidar 2 and 3 housing project team in Tehran’s Sepidar Housing Cooperative,…
Car buyers rallying outside the Kerman Khodro (Car) Co. demanding the firm deliver on the automobiles they purchased and placed down-payments for. pic.twitter.com/QOZjGCs9PB

In the early morning of Monday, June 11, 2018, a number of people in Borazjan gathered in protest against the lack of water in front of the Water and Wastewater Company in Bushehr province, Iran.

The heat of the air and the lack of water in Borazjan has become irritating to the people of the city and the water department of the city has done nothing to solve the problems of people. 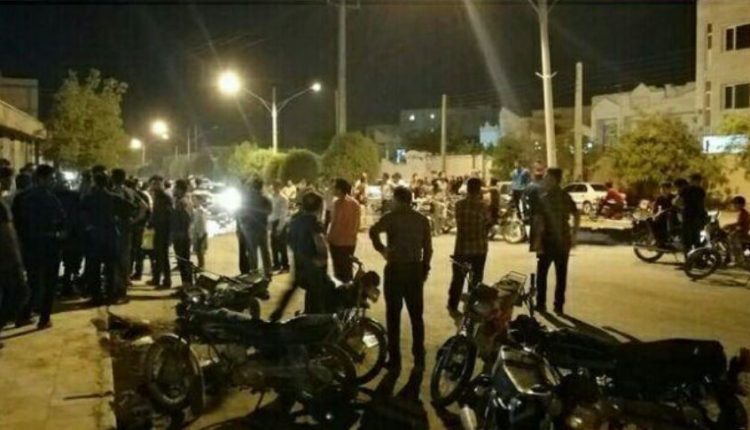 Furthermore, the heat, the Ramadan fasting, and the lack of water continues in the Bushehr province, especially in Dashtestan and Borazjan, and people are still protesting.

The people of Borazjan gathered in front of the water and wastewater department of Borazjan on late Sunday night to early Monday morning and blocked the streets with their motorcycles and protested to the several days of lack of water.