Iran Will See More Protests and Isolation in 2019 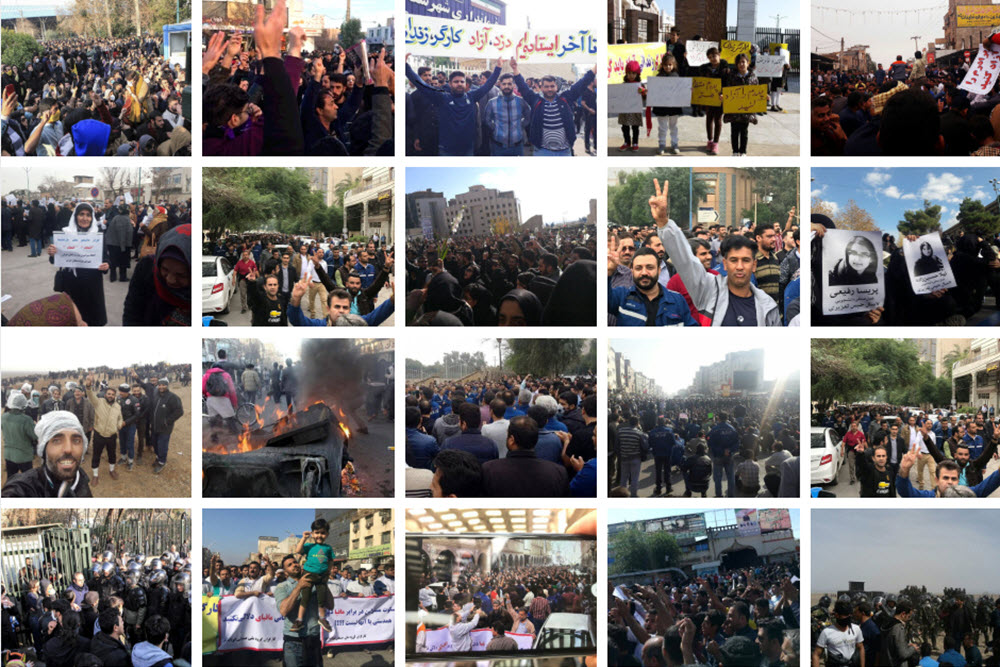 At the start of 2018, Iran was besieged by nationwide anti-regime protests and the world was watching. These protests continued over the course of the year and into 2019, albeit with far less news coverage.

This sustained protest movement is the largest seen in Iran since the 2009 uprising or possibly the 1979 Revolution. It has shaken the Regime to its core and signals a country on the brink of monumental societal change. It has also shown the US, and the West as a whole, that the Iranian Regime is incredibly vulnerable on the domestic front.

During the 2009 protests, Supreme Leader Ali Khamenei tried to distance himself from the wrath of the people by exploiting the false distinction between himself and the Iranian Parliament. Now, the Iranian people are decrying this and telling the mullahs as a whole “Game Over”. Another thing to note is that the protesters from 2018 are coming from every walk of life in Iran, including the Regime’s base.

The Regime’s failures of so many fronts and their instance of funding expensive foreign wars and terrorist groups have resulted in over 80% of Iranians living below the poverty line, which has caused these mass protests. The Regime is responsible for the crisis plaguing Iran, not the US sanctions or the European companies withdrawing from Iran.

Indeed, Western pressure is only effective because the Iranian economy was made unstable by 40 years of the mullahs’ rule.

The Regime tried to blame the protests on foreign influencers, but the Iranian people recognise that their problems begin and end with the Iranian Regime so the only course of action is regime change. They have been chanting: “Our enemy is right here; they lie and say it’s America”. This has shown the US and the West where to strike in order to cause the most damage to the mullahs and this means supporting the Iranian Resistance.

The Regime has rightly identified that the Iranian Resistance plays a key role in these protests, helping to organise the gatherings, but wrongly considers the Resistance to be a foreign force when they are Iranian. The Regime has its fair share of foreign enemies, but its enemies in Iran are much more dangerous to the ongoing rule of the mullahs.

From all this, we can clearly see that these protests pose a real threat to the Regime in 2019, especially as US sanctions waivers on Iranian oil run out and the Iranian people see that the mullahs are incredibly weak. Increased protests will show the international community that the mullahs are weak, which will create an ongoing cycle of protest and international isolation.

Previous articleIran: Demonstrations of Farmers in Isfahan and Retirees in Tehran and Mashhad
Next articleWednesday’s Iran Mini Report – January 2, 2019