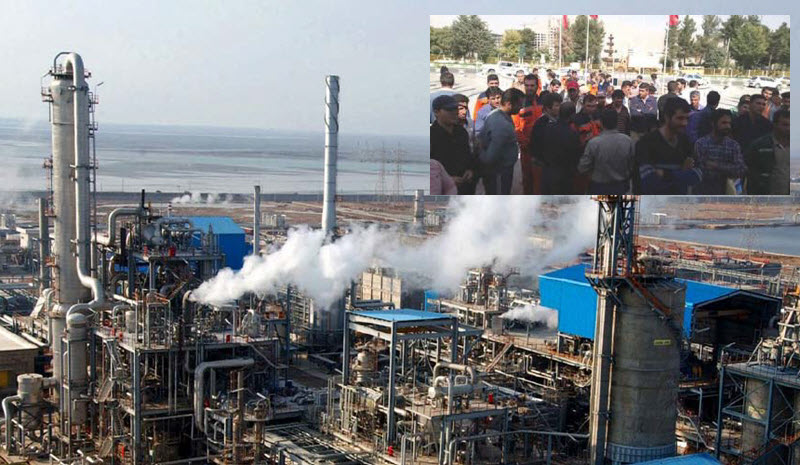 A group of laborers from Tondgooyan petrochemical company in Mahshahr port, Khuzestan province, rallied on Monday in front of the company’s headquarters in protest over their work conditions.

More than 150 contract workers from the Shahid Tondgooyan Petrochemical Complex in Mahshahr demanded welfare services, according to a report by the state-run ILNA news agency. They also demanded the conversion of their employment status with the company from ‘contract workers’ to ’employees’.

One of the workers of the petrochemical complex tried to commit suicide in the factory last week in protest to his job condition, but was rescued.

Iranian workers know that poverty and oppression is a direct consequence of the mullahs’ rule, which is why when they’ve taken to the streets to demand their lost wages, they’ve also been calling for the end of the regime. In 2018 alone, workers staged over 1,865 protests. This is why the regime has been cracking down on protesters and has arrested dozens of labor activists and trade unionists.