Live Report: Day 5 of Iran Protests – via the MEK’s Network

Written by The Editorial Board
19th November 2019 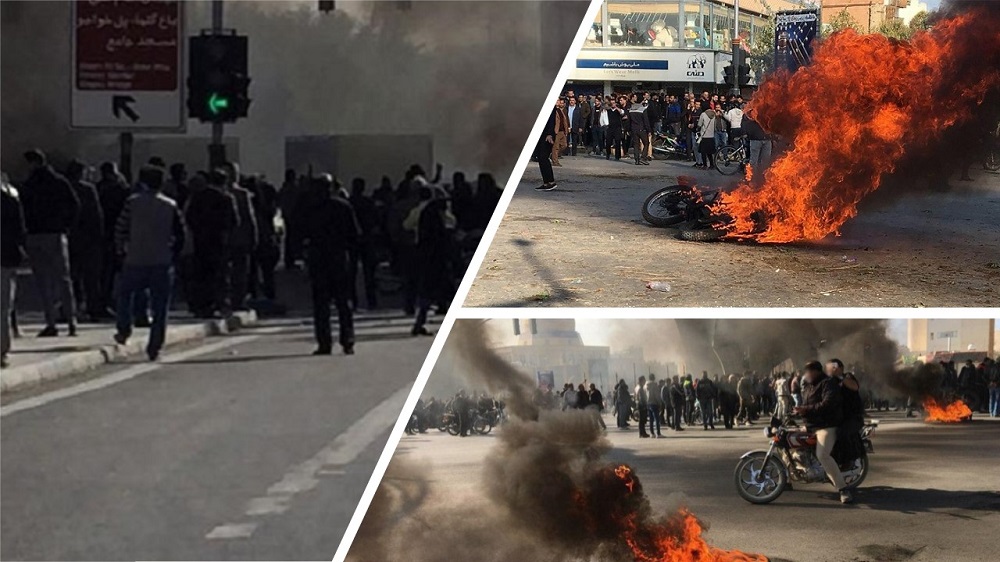 to overcome this inhuman siege.

— Maryam Rajavi (@Maryam_Rajavi) into surrender through mass slaughter and shut down of the internet. The young, courageous protesters in Iran, however, have resisted and foiled these attempts.

— NCRI-FAC (@iran_policy)
Tuesday, November 19
Azad University students chanting, “Enough with promises! Our nation is rebelling!”, I urge the UN Secretary General to call for an emergency meeting of the UN Security Council to brief them about the crimes of Khamenei and his Revolutionary Guards (IRGC) in Tehran

— Maryam Rajavi (@Maryam_Rajavi) has exceeded 200 and is growing by the hour. Yesterday, the IRGC and its news agency reported of 1,000 arrests. The actual number of arrests is much higher.

CC
Monday, November 18
Tehran University students chanting:
“Down with the dictator!”
Protesters seen blocking a road and taking control over the area. Protesters set on fire the office of the Supreme Leader’s representative (a notorious mullah) in Sadra, a district of Shiraz, on day 4 of . Iran is witnessing history.
– news/footage via MEK activists
CC : 2 Revolutionary Guards Fajr Corps commanders were shot dead today by a 3rd officer who refused to take their order to fire on protesters in Shiraz, Iran – via the MEK’s network at the scene.
Video is of police threatening protesters for holding ‘illegal’
The city is falling into the hands of protesters.
Members of the regime’s Majlis (parliament) are acknowledging that the situation is now a “crisis.” in Shiraz)
IRGC Basij forces are opening fire on protesters.pic.twitter.com/lUVZoe5uKn

On Third Day of Uprising, People Take Control of Portions of Karaj’s Fardis County-Iran Uprising – No. 14

For news of the protests on previous days, please see our earlier live report.