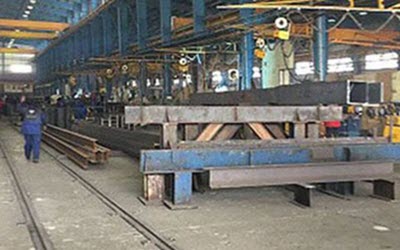 NCRI – For the second time this week, on Thursday, the workers of Saman Felez metal structures manufacturing company in Sepehr-Nazar industrial town on the outskirts of Karaj, north-west of Tehran, went on strike against non-receipt of six months of their overdue salaries.

Promises to pay the salaries have not yet been fulfilled by the company, whose directors are known to have strong ties to officials of the mullahs’ regime.

Additionally, in the wake of the financial crisis in the factory and because of debts and lack of government financing, the workers fear that some 150 of them will be fired under the pretext of making adjustments and balance.