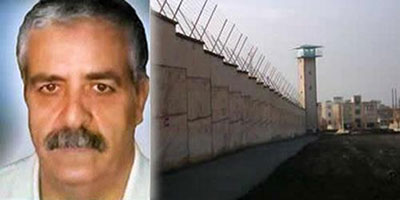 NCRI – Abolqasem Fouladvand, an Iranian political prisoner in Gohardasht (Rajai Shahr) Prison in Karaj, north-west of Tehran, issued a statement on the occasion of International Workers’ Day and Teachers’ Day in Iran. He urged the people of Iran, in particular workers and teachers, to protest against the mullahs’ regime.

Mr. Fouladvand was arrested on June 11, 2013 and was sentenced to 18 imprisonment on February 8, 2014 for having links to the main Iranian opposition group People’s Mojahedin of Organization of Iran (PMOI or MEK) and for insulting the regime’s Supreme Leader Ali Khamenei.

The following is the text of his statement smuggled out of prison:

We are on the eve of International Workers’ Day and Teachers’ Day while numerous workers and teachers of our country are imprisoned or hanged under the bogus charge of acting against national security (that’s to say mullahs’ security) because of their demand for union rights. The fascist and fundamentalist clerics after drinking the chalice of nuclear poison are now on the eve of drinking a chalice of regional poison in the second Joint Comprehensive Plan of Action (JCPOA). They do not have the courage to admit that they are faced with popular uprisings. They do not want or wish to solve the problems of workers, teachers, nurses, pensioners and other classes of people in the country.

The most fundemental goal of this regime is to loot and plunder the interests of the country and to create terror and oppression, and torture and execution in the domestic arena. It is our duty to cry out our slogans of ‘Work, Bread, Freedom’ with the battle to overthrow and eradicate the anti-human mullahs’ regime.

It is incumbent upon me to declare my support and sympathy for the protests and rightful demands mentioned in the statement of Jafar Azimzadeh and Esmail Abdi who represent a large number of workers and teachers. We also remember the recent martyred teachers, workers and laborers including Abbas Amani, Farzad Kamangar, Mohammad Ali Haji Aqai, Sattar Beheshti, Gholamreza Khosravi and Shahrokh Zamani. We believe that the only solution to all problems and sufferings of workers, teachers, nurses and other people in our homeland is to overthrow this inhumane and reactionary regime.

I ask all workers and toilers to stand in solidarity with the teachers, nurses and students to fight for our great right to freedom, and together with 1000 Ashrafs and the liberation army to overthrow this cruel and oppressive mullahs’ regime.