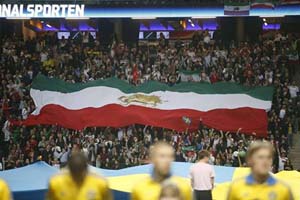 The friendly match in Stockholm between Sweden and Iran on Tuesday was an opportunity for the Iranian community in Sweden to challenge the legitimacy of the Iranian regime.

Zlatan Ibrahimović scored for Sweden during his team’s victory against Iran (3-1) in a stage marked by the presence of Iranians and Swedes hostile to the Iranian regime.

Many demonstrators protested outside Friends Arena in Solna before the game. The slogans turned against the oppression of women and the many executions of political prisoners.

According to AFP, the match between Sweden and Iran was played in a playful and political atmosphere, as members of the Iranian community in Sweden were demonstrating for the right of women to go to the stadium and featuring the flag before the Islamic Revolution.

The protestors carried green, white and red flags without the symbol of the clerical regime, which was instead was replaced by lion and sun symbols of Iran, which is considered the national flag by most Iranian dissidents. The protestors were there to express their opposition to the regime.

One Iranian protester told Swedish TV: “We have gathered here to show our opposition to repression in Iran and to show that Iranians all over the world condemn violations of human rights in Iran.”

Svenska Dagbladet reported that there were big protests outside the stadium in the city of Stockholm in which protesters chanted “Down with the terrorism regime in Iran.”

The Swedish news agency reported that one of the placards addressed to the Iranian regime criticized the numerous executions of political prisoners carried out in Iran, among them former football team captain Habib Khabiri.

Habib Khabiri was Iran’s rising star. Some have compared him to US basketball star Kobe Bryant. He was called up to play for Iran when he was only 20. Habib scored a dramatic goal from 40 yards out during a December 1977 qualifier against Kuwait, according to Hassan Nayeb-Agha, a member of NCRI, who played for Iran at the 1978 World Cup in Argentina.

After the revolution in 1979, he became the captain of the national team in 1980. Yet he was arrested in 1983 by the clerical regime for supporting the People’s Mojahedin Organization of Iran (PMOI/MEK), the main Iranian resistance movement.

Habib was executed alongside 40 other dissidents in July 1984. He was only 29 years old and was tortured before his execution. There has never been official acknowledgement of his execution.
Many Iranian sportsmen, including former members of the national soccer team, are among the 120,000 who have been executed for supporting the resistance and its aspiration to establish democracy and human rights over the past three decades. 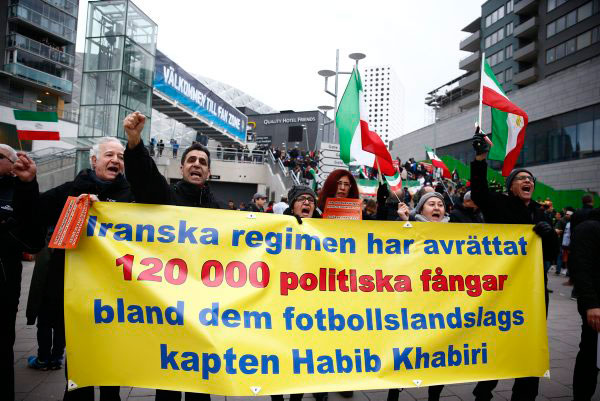 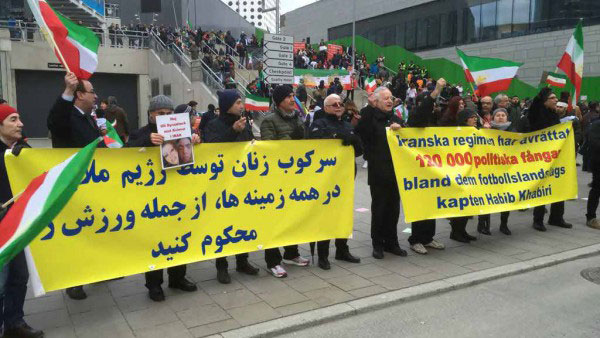