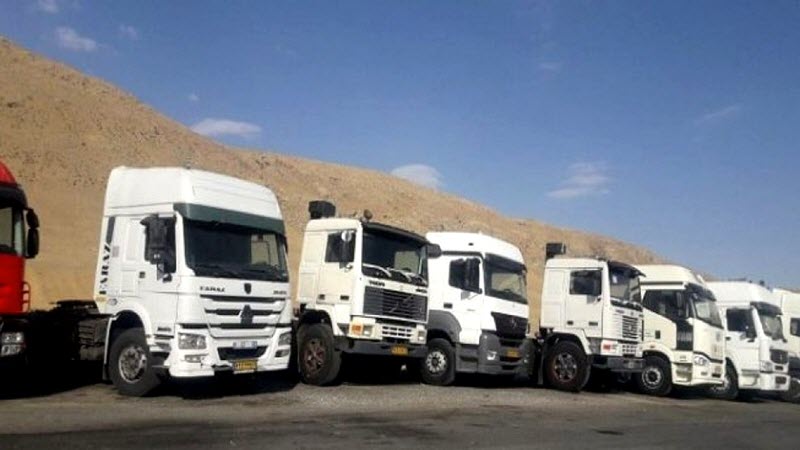 The American Teamsters union have voiced their support for the striking truck drivers in Iran for a second time this year in an open letter to the Deputy Director of Iran’s interests in the US, Abolfazl Mehrabadi and urged the Iranian Regime to listen to the demands of the striking workers.

The International Brotherhood of with our Iranian brothers and sisters on and urge the government of Iran to listen to the just demands of truck drivers! Read our letter here: pic.twitter.com/uQ6EenqN3l

The truck drivers have been on strike since September 22 and their protest has now spread to over 290 cities and 31 states. They are striking over poor working conditions, including low pay, increasing operating costs and road usage fees, the Regime’s refusal to recognise any workers right to join a union, unsafe roads, and a failure of the Regime to meet basic demands.

The letter read: “The strike is also the result of Iranian truck drivers having no voice in the decisions that impact their livelihoods.”
The Teamsters first voiced support for Iran’s striking truck drivers in May, during the first round of strikes, but they have learnt from the strikers that things have not improved.

But while the strikers are gaining international support, they are being arrested and threatened with execution by the Iranian Regime.

Iran’s Prosecutor-General Mohammad Ja’far Montazeri said on September 27 that any who disrupts the transportation of goods will be considered a criminal and could face the death penalty.

Something echoed by Ali Salehi, the Public and Revolutionary Prosecutor of the city of Shiraz, who claimed the strikers were “waging war against God”, a “crime” punishable by death in Iran.

While on September 30, judiciary’s spokesman Gholam Hossein Mohseni Ejei, said: “Those provoked by the enemy to disrupt the transport system should be reminded that a heavy punishment is waiting for the rabble-rousers… All the prosecutors across the country have been called up to detain disrupters with the help of security forces without hesitation.”

It should be noted that when referring to the enemy, Ejei actually means the organised democratic resistance forces who are helping the strikers and encouraging more strikes.