The People of Iran Want Change 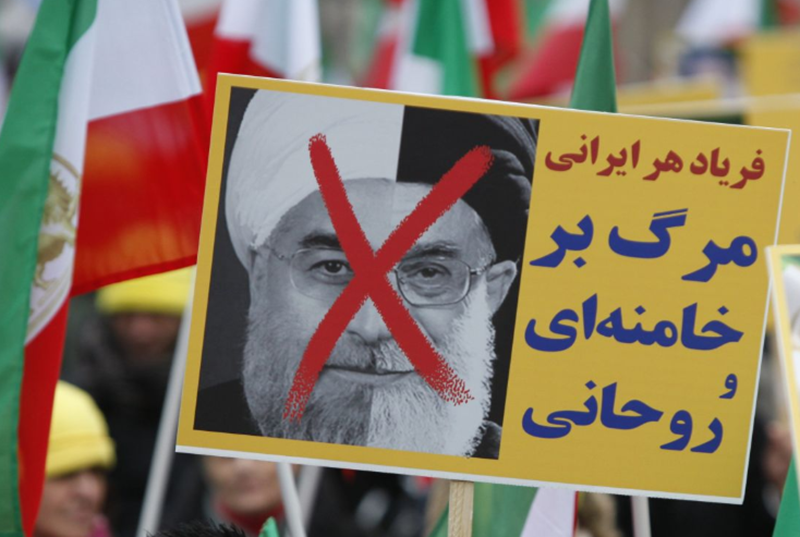 Companies and governments around the world are now banned from using U.S. dollars in their dealings with Iran. Banks are no longer allowed to lend to Iran. The trade of various precious metals, food items and textiles with Iran is banned. These are just some of the effects of the U.S. sanctions on Iran that took effect at the beginning of last week.

As the sanctions came into effect, the people of Iran took to the streets across the country. There were mass demonstrations in major cities and they look set to continue.

In another three months, the second batch of U.S. sanctions will take effect. These ones will affect the petrochemical and petroleum industries.

This marks a great change to the days when former President Barack Obama was in office. His term became known as the “golden years” for Iran because of his polices of appeasement towards the regime. Obama turned a blind eye to Iran’s acts of belligerence across the Middle East. He also managed to get Iran to the negotiating table but he wasted the opportunity by giving too many concessions for nothing in return.

Obama believed, or tried to convince us, that being easy on Iran would make the regime comply with what was expected of it by international standards. However, this strategy was a complete failure because it made the Iranian regime even bolder than it already was.

When Trump was elected, this changed. It became very clear that the so-called golden years were over when the U.S. President announced in May that the United States is exiting the nuclear agreement and that crippling sanctions would be reimposed.

Obama wanted to repair the relations between the United States and Iran. Trump is not interested in bettering relations with the Iranian regime. He wants to transform Iran into a country that complies with international standards and puts an end to the nuclear threat that affects the whole world. He wants Iran to stop interfering in the affairs of other nations and he wants it to stop fuelling and funding conflicts.

The people of Iran do too. President Obama did no favours for the people when he completely ignored their 2009 uprising. It was such a major uprising that it is very possible it could have been the end of the clerical rule back then. It failed because the West pretended it didn’t happen.

Now it is happening again. The people of Iran dream of a free future. One with democracy, human rights, equality, just treatment, and so on.

Iran has one of the biggest land areas in the world and one of the biggest populations in the world. It has 15 percent of the world’s natural gas reserves and a tenth of the world’s oil reserves. It is also the seventh biggest producer of oil. Iran should be a country with a fairly comfortable economy. It isn’t and there are millions upon millions of people living way below the poverty line. The people have had enough of their wealth – their country’s wealth – being plundered by an incompetent and cruel regime.