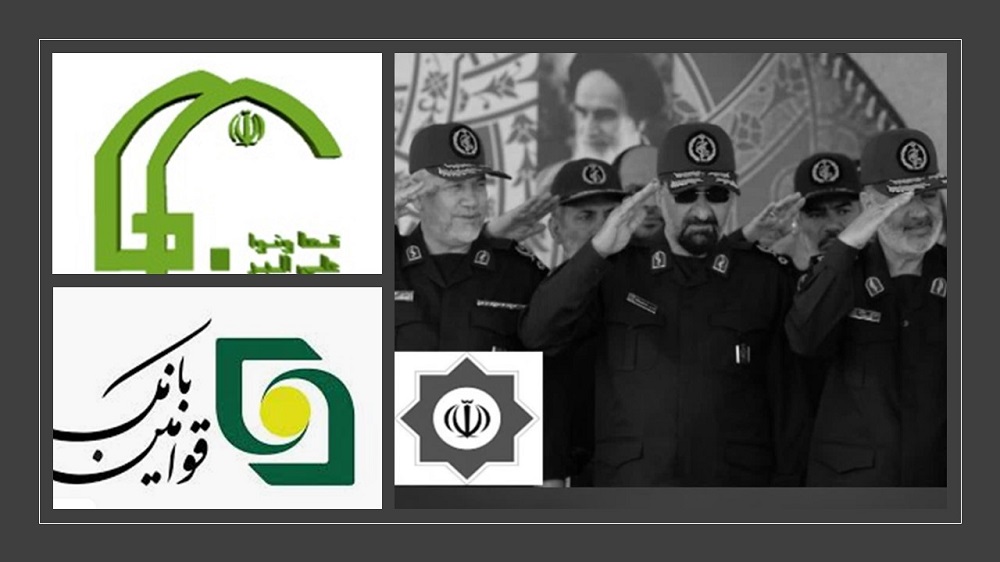 On November 15, 2019, an Exclusive: Revealing ’s Fear of Arbaeen Ceremony and Its Plan of Oppression

— NCRI-FAC (@iran_policy) Regime’s Revolutionary Guards (). , . April 18, a number of plundered creditors of some of the financial&credit institutions expressed their protests at the exhibion of the Bank&Insurance companies.
Protesters chanted “we have been betrayed”, “the money you hold is all our assets.” pic.twitter.com/SnQWN3rTSs

Bank of Qavvamin with a capital of $850 million

The regime’s law enforcement agency first launched the law enforcement fund, and in 2000, during the first term of Mohammad Khatami’s presidency, named it the “Law Enforcement Savings and Loan Institution.”

After two years, in March 2002, he obtained a license from the Central Bank and transformed the institution into “Qavvamin Bank.”

Law enforcement agencies and banks are mainly under the control and activity of the IRGC commanders.

The spread of corruption in the banking system of the mullahs is a dimension that has brought almost all institutions and bodies into the banking arena independent of the greed and plunder of people’s property. Until now, this widespread aqueduct of the corrupt mullahs’ system will not remain unblemished.

Therefore, the law-enforcement force that plays a significant role in suppressing the streets, like the Revolutionary Guards and the army, has established a bank, and Qavvamin Bank has entered new markets such as insurance and stock markets.