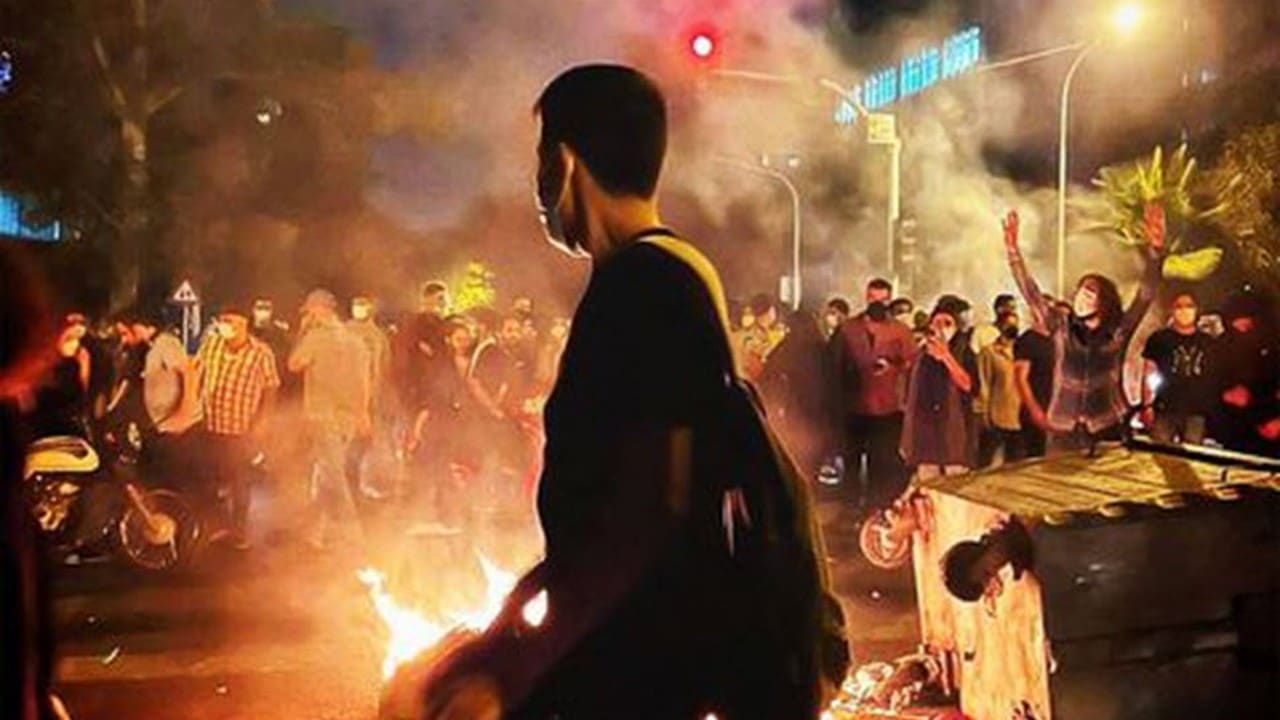 “Our time is up,” the state-run Etemad daily quoted Fayaz Zahed, a so-called “reformist” activist, as saying on October 22. “Inviting people to peaceful negotiations, dialogue, or trying to reason with them is very hard or even terminated.”  Why would Zahed make such an acknowledgment while other regime officials are constantly bragging about stability?

Protests are waging across Iran. People from all walks of life, particularly youth and women, are participating in these demonstrations, calling out the entire regime. What was initially sparked by the tragic death of a young woman in police custody became a nationwide uprising, and now seemingly, we are witnessing a revolution in the making.

Regime officials and experts like Zahed sense the danger better than anyone else. They face a volatile society and see an angry population threatening everything their ilk has helped to preserve for decades.

“You can’t believe how much pledges to calmness, dialogue, reform, negotiation, logic, etc. have become tough (these days); not tough, rather it is over. This is the biggest threat to the psychological and political stability of the country,” Zahed said, and by “country,” he meant the ruling theocracy.

If Zahed and his peers had slightly cared about Iran’s stability, they wouldn’t be occupying top positions in a regime that squanders national wealth on terrorism and inflicts violence on people. Zahed, who worked as an advisor to the so-called “moderate” President Hassan Rouhani, did not have a sudden change of heart. But when there is nothing more to loot, thieves lock horns.

“But I have no answer if you ask me for a solution. I can’t even explain it to my daughters, let alone the students or the outer audience. Suppose I’d answer it fairly about who is responsible for this situation. In that case, I’d say that the share of the Islamic Republic of Iran is undoubtedly more than the rest,” Zahed said, rejecting officials’ “national dialogue” rhetoric.

Nor is the current uprising tied to any of the regime’s internal factions or groupings. There are no illusions about reform or gradual change from within. One of the popular slogans in #Tehran is “Hard-liners, reformers, the game is now over”#Iranprotests pic.twitter.com/saMjwuA42t

Iran’s society has long rejected the so-called “reformist” faction. Founded in 1997, the primary objective of the faction was to misguide Iranians and the international community into the mirage of “moderation.” Iranians soon overcame the myth of reformism as they sensed the regime’s brutality with bone and flesh. Several uprisings, including the student movement in 1998, are testaments to this fact. In other words, this movement was always bereft of solutions to Iran’s domestic crises; it was created to help the ruling regime and to get “regime change” off the table.

The last nail in the “reformism” coffin was delivered by Iranians in 2018 when they chanted on the streets, “reformist, hardliner, the game is over.” It took four years for Zahed and other officials to acknowledge this fact.

It is worth noting that the Iranian Resistance vehemently rejected the false notion of the clerical regime’s moderation for a long, taking this message to Iranian society as well as advocating it on the international stage. On May 24, 1997, one day after Mohammad Khatami took office, the Iranian Resistance Leader, Mr. Massoud Rajavi, famously said, “A viper never gives birth to a dove.”

While Iranian people and even authorities have declared the “end of reformism,” sadly, western officials are still wandering toward the mirage of moderation. Insisting on reviving the highly flawed Iran nuclear deal, calling for dialogue, and refusing to recognize the Iranian people’s right to self-defense in the face of the regime’s mounting violence, are some inapt actions the western democracies are taking. Whether they are anticipating the uprising to be quelled again or opting to preserve strategic interests in the status quo, eventually, the Iranian people will prove them wrong again, like in 1979.

After almost three decades of the night-walking towards the Iranian “myth of moderation” or a change in behavior from Iran’s clerical regime, the security, as well as the economic stability of the world, has changed for the worse. The result has been nonother than the regime’s rampant terrorism in the region and more human rights violations with impunity.

The world’s inaction vis-à-vis Tehran’s malign activities emboldened the regime to send its diplomat-terrorist to France, with the task of bombing the opposition’s rally in 2018 and killing hundreds of Western leaders and legislators. People in over 190 cities are chanting slogans such as “Death to Khamenei” and “Down with the dictator.” They are rejecting the ruling theocracy in its entirety and calling for regime change.

The international community should go beyond expressing solidarity with Iranians. It must recognize the Iranian people’s right to self-defense and self-determination of their future. By doing this, it might heed the Iranian people at last or even those who have misguided the world for so long.

Previous article
Iran News in Brief – October 25, 2022
Next article
Iran: Demonstrations and Clashes in Tehran, Other Cities on the 39th Night of Nationwide Uprising