Iran: Raisi’s Ridiculous Claims Only Supported by Khamenei. Why?

Written by The Editorial Board
31st August 2022 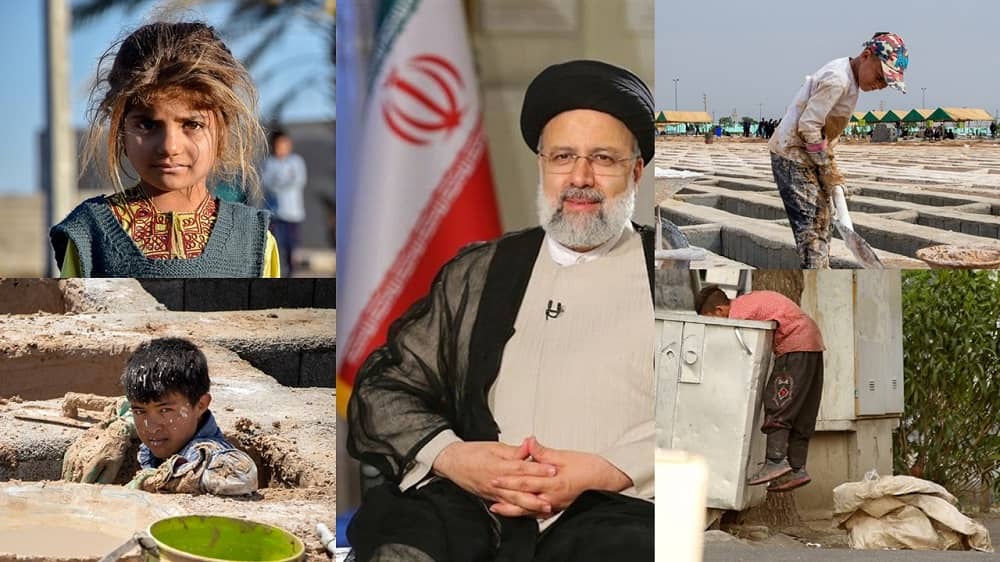 A year into office, the Iranian regime’s president, Ebrahim Raisi, held a press conference on Tuesday, August 30, bragging about literally non-existent “achievements” of his administration.

His litany of lies and self-boasting featured ridiculous claims such as reducing the inflation rate, increasing employment, compensating the budget deficit without banknote printing, and environmental advances!

Raisi’s claims starkly contrast the harsh reality in Iran. The country has suffered from its worst economic crunch in the last century. Iran’s state media acknowledged in July that many Iranians could no longer afford a simple dish of cheese and bread.

Iran’s inflation hovers above 40%, millions of Iranians are unemployed, hundreds of thousands of citizens search for food in garbage bins, the suicide and brain drain rate are on the rise, and the country is suffering from an acute lack of water.

“Seemingly, inflation and skyrocketing prices have not spared the simplest food many Iranians had. Our research indicates the prices of walnut, bread, and cheese have exceeded five million rials,” the state-run Hamdeli daily acknowledged on July 26.

But the rising food prices are not limited to bread and cheese. “Food inflation in Iran has become alarming, and the statistics center has found its rate in July was over 90%. According to the activists of the food market, this has caused a sharp fall in the per capita consumption of the main food items in Iran and has led to an increase in the consumption of bread,” the state-run Sharq daily acknowledged on July 27.

Raisi claimed his government had compensated its budget deficit without banknote printing, which eventually added to the inflation by producing a huge amount of liquidity which is inconsistent with Iran’s low production rate.

Iran’s state media had previously shunned this claim. “Nine months after Raisi’s government took power, 13 quadrillion rials of new banknotes have been printed, increasing the volume of the circulating banknotes by 18%,” the state-run Khabar-online website wrote on July 16.

Raisi’s claims caused a lot of stir within the regime, as he failed to sell his hollow claims even to the tightly controlled state-run media.

“It seems that Mr. Raisi lives in another country and the people in a different one. Raisi’s country enjoys perfect conditions and is well managed. But the situation in Iran doesn’t need any explanation!” the state-run Sharq daily wrote on August 30.

“All commodity prices have increased by 200% per year, preventing people from covering their minimum needs. People’s tables are shrinking, and there is no excuse for that. Raisi’s promises have not been fulfilled, and the situation is worse than ever,” the state-run Arman-e Meli daily acknowledged on August 30.

Only one person praised Raisi and his government’s achievements: the regime’s Supreme Leader Ali Khamenei.

In a Tuesday meeting with Raisi and his cabinet, Khamenei defended his protégé and his government’s “rigorous endeavors.”  Khamenei is neither blind nor deaf. He sees Raisi’s failure and hears people’s chants against his illiterate president every day. Above all, he is fully cognizant of the volatile situation in Iran. Khamenei’s defense of Raisi once again confirms that as the regime’s supreme leader, he is to blame for all problems in the country.

Yet, Khamenei supports Raisi because appointing this unscrupulous mass murderer as president was the only solution he found for his crisis-riddled regime. Acknowledging Raisi’s failure means Khamenei has accepted the failure of his genocidal regime. But how long can he go along this path?