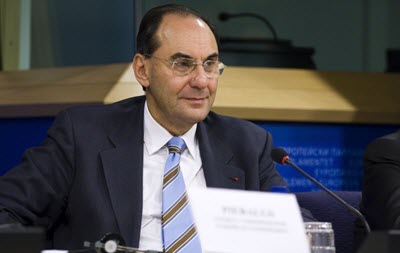 Albania deserves greater recognition for its commitment to democracy and human rights, as demonstrated by its willingness to accept political refugees from Iran, former European Parliament Vice President Alejo Vidal-Quadras wrote on Tuesday for EurActiv.

“Albania, in particular, holds the distinction of playing the leading role in the reception of refugees from the Iranian expatriate community in the former US military base of Camp Liberty, Iraq. The roughly 3,000 members of that community are members of the People’s Mojahedin Organisation of Iran (PMOI or MEK), which is the primary democratic opposition against the Islamic theocracy currently reigning in Iran,” wrote Dr. Vidal-Quadras, who is a Spanish politician and the President of the International Committee In Search of Justice (ISJ), a Brussels-based NGO.

“In April 2014, I paid a visit to the Albanian capital Tirana and met with Prime Minister Edi Rama and President Bujar Nishani, as well as a number of ministers and parliament officials. I was very impressed by their humanitarian approach and commitment when I put forward the idea of helping more refugees from Camp Liberty.”

“These Iranian refugees have been stranded in Iraq, under imminent threat from the Iran-allied government, since 2009. Even at that time they were promised of protection under the Geneva Conventions, and in 2012 they were forcibly moved out of their former residence of Camp Ashraf on the promise that Camp Liberty would only be a temporary transition ahead of a rapid relocation process in safe countries.”

The European Union has “neglected” its commitment to Camp Liberty residents, Dr. Vidal-Quadras argued. “This is even truer of the United States, which had helped to broker the transition.”

“During my years in the European Parliament I became privy to a barrage of malicious and venomous attacks regarding the PMOI. After years of first-hand experience it became evident to me that this whole orchestrated campaign was conducted by the Iranian regime and its agents abroad. In the beginning of my encounter with the Resistance, many of my colleagues warned me that it would be politically savvy to exercise caution in my dealings with them.”

“Yet over the years, and after reading all sorts of reports and opinions both for and against, I established that this is a truly democratic movement worthy of my sincere and unfailing support.”

“The PMOI believes in a tolerant Islam opposed to fundamentalism. It is the core of the opposition coalition, the National Council of Resistance of Iran (NCRI), under the presidency of Maryam Rajavi, who has laid out a ten-point plan for the future of Iran. It includes free and fair elections, an end to institutional discrimination against women and minorities, denuclearisation of the country, a free-market economy, freedom of expression and association, and the separation of religion and state.”

“It seems fair to say that a country’s commitment to democratic values can be measured against the alliances and partnerships that it enters into. In allowing Iranian opposition members into the country, Albania has effectively demonstrated its commitment to democracy, secularism, and human rights, both at home and abroad.”

“In the absence of the required leadership by the EU, Albania has played a proportionally much stronger role to solve this acute problem than either the EU or the US – a fact that should leave no doubt as to its political and ideological fitness to stand side by side with these powers on the world stage.”

“As far relations with the Iranian regime go, while some EU leaders have persisted in calling Iranian President Hassan Rouhani a ‘moderate,’ he has overseen the worst period of executions in Iran since the early ’90s, with over 2,300 people having been hanged since his election in 2013. Meanwhile, repression of dissent has continued unabated, affecting not only the domestic Iranian population but also foreign activists within Iran’s sphere of influence, like the Camp Liberty residents,” Dr. Vidal-Quadras pointed out.