Iran: Khamenei Confronts Isfahan Uprising With the Most Ridiculous Gimmicks Against the MEK 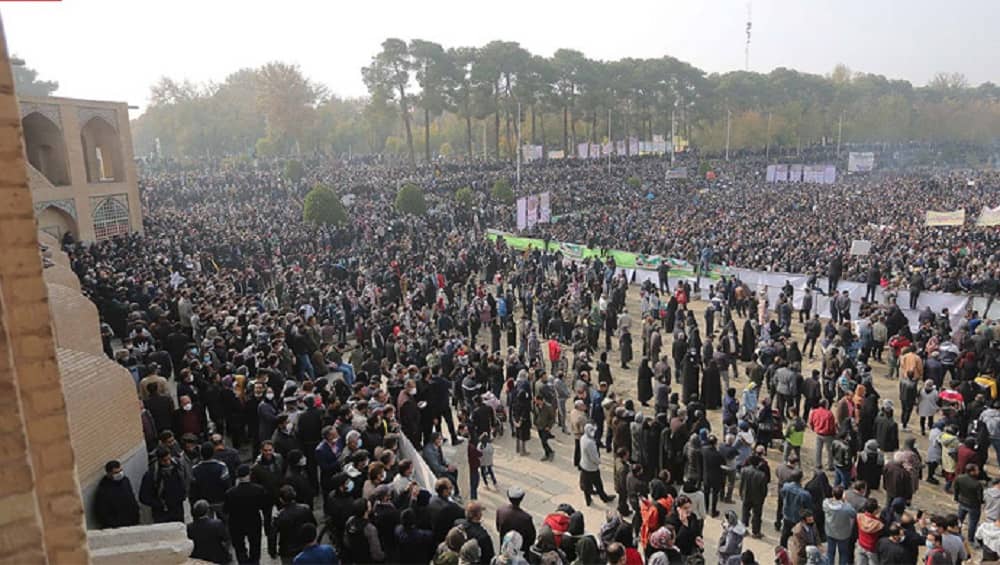 At a time when the uprising of tens of thousands of residents of Isfahan in support of the farmers who were demanding their rights to water, frightened the religious dictatorship ruling Iran, Khamenei is desperately trying to counter the protests with the most ridiculous gimmicks against the Mujahedin-e Khalq (MEK/PMOI). In a preposterous escapade, the state TV interviewed several regime agents, who introduced themselves as disciples of the eliminated IRGC’ Quds Force Commander, Qassem Soleimani, and attacked and cursed at the MEK. The hopeless effort was an attempt to divert the attention from the main crisis, and to suppress the uprising of deprived and oppressed farmers and toilers.

“I also defend the state,” said one of the agents on the show. “We will tear apart and cut them to pieces, those hypocrites [pejorative name used by the regime to demonize the MEK] …” They all chanted, “death to the hypocrites.” Another agent said, “They (MEK supporters) cannot do anything, we love the state, we also love our leader … we will act just like the State Security, arrest that person and hand him over to the State Security Force.” The third agent exposed the whole purpose behind the show and said: “Those on the other side [hinting at MEK leaders abroad], have pipe dreams. We will all defend our leader. We are the disciples of Qassem Soleimani.” (Regime TV, Isfahan, November 19, 2021).

Secretariat of the National Council of Resistance of Iran (NCRI)
November 20, 2021