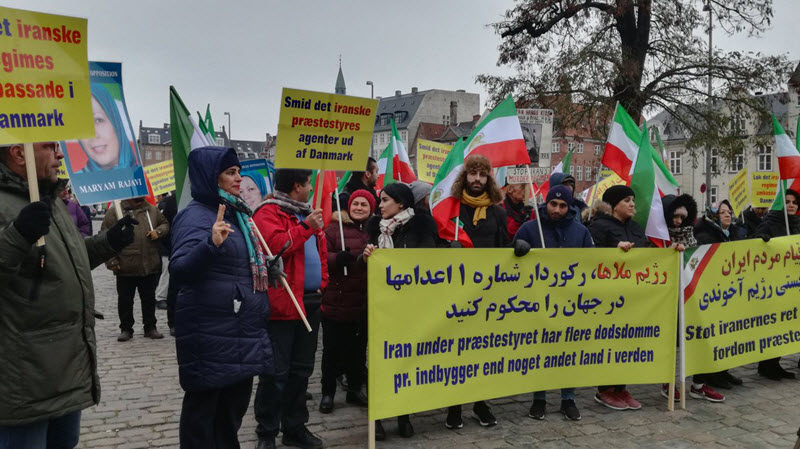 On Friday November 23, 2018. The supporters of the Iranian Resistance, staged a gathering in front of Copenhagen Municipality building against the executions in Iran and also demanded adequate measures against the Iranian Regime as the number one state sponsor of terrorism in the world.

They called for the trial of arrested terrorists in Denmark and Belgium, namely Asadollah Asadi Iran regime’s Diplomat-Terrorist who was arrested in Germany over ‘bomb plot’ at the grand gathering of the Iranian Resistance on June 30 in Paris.

Supporters of the National Council of Resistance of Iran and MEK also demanded the blacklisting (FTO) of mullahs’ regime ministry of intelligence and security (MOIS) in the U.S and Europe and immediate shut down of its embassies.

Previous articleU.S. Sanctions on Iran Oil Sector Proving to Be Effective
Next articleWho Is Harmed the Most by Current Sanctions Against Iran?