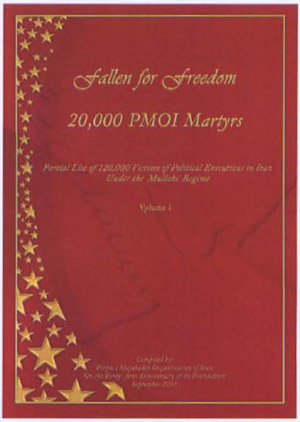 The mullahs’ regime in Iran has to date executed more than 120,000 political prisoners, the vast majority members and supporters of the People’s Mojahedin Organization of Iran, PMOI (Mujahedin-e Khalq, MEK).

Through tremendous effort the Iranian Resistance has managed to collate and publish a partial list of the 120,000 victims of political executions in Iran under the mullahs’ regime.
The first volume of the ‘book of martyrs’ contains the list of names and particulars of 20,000 members and supporters of the PMOI who have made the ultimate sacrifice in the struggle for freedom from the clutches of religious tyranny in Iran.

The first volume of the ‘book of martyrs’ also contains the names of 200 physicians and medical professionals, 784 elementary and high school teachers, 381 civil servants, 410 army officers, NCOs and conscript soldiers, 497 businessmen, 145 technicians and 860 laborers and farmers. There are 93 artists and 145 athletes, including the former captain of Iran’s national soccer team, included in the list. Seventy of the martyrs were PMOI candidates in the first Majlis (Parliament) elections after the 1979 revolution, and 176 were political prisoners under the Shah’s regime. 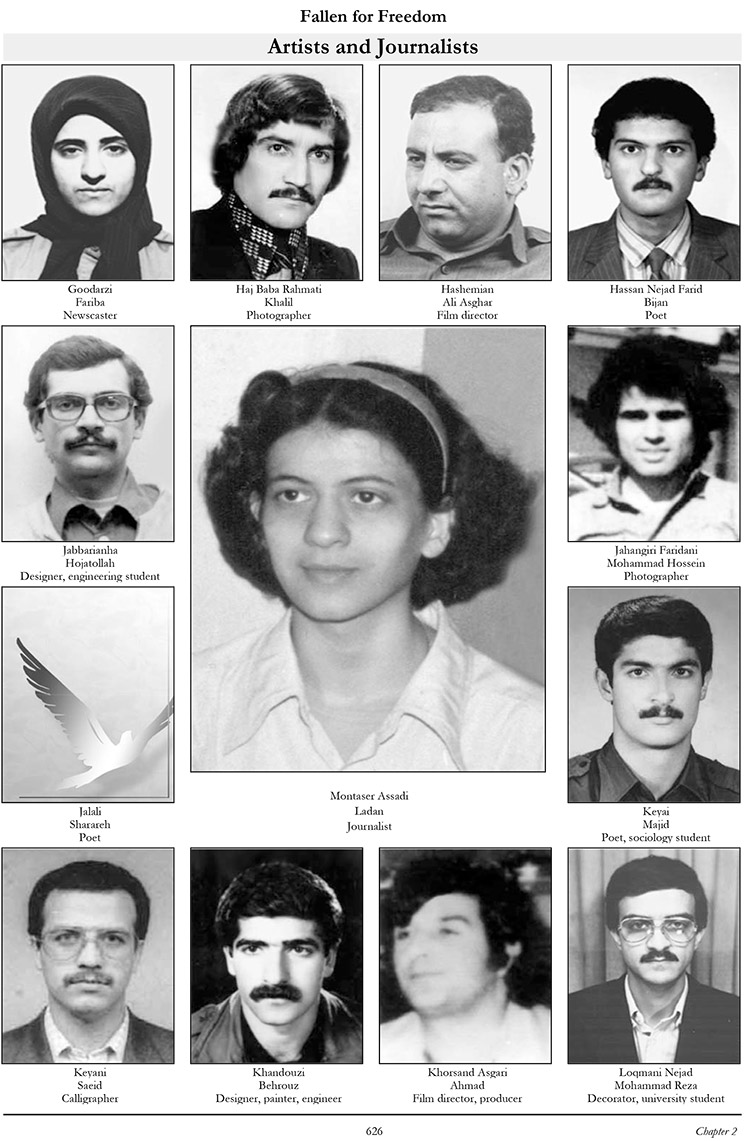 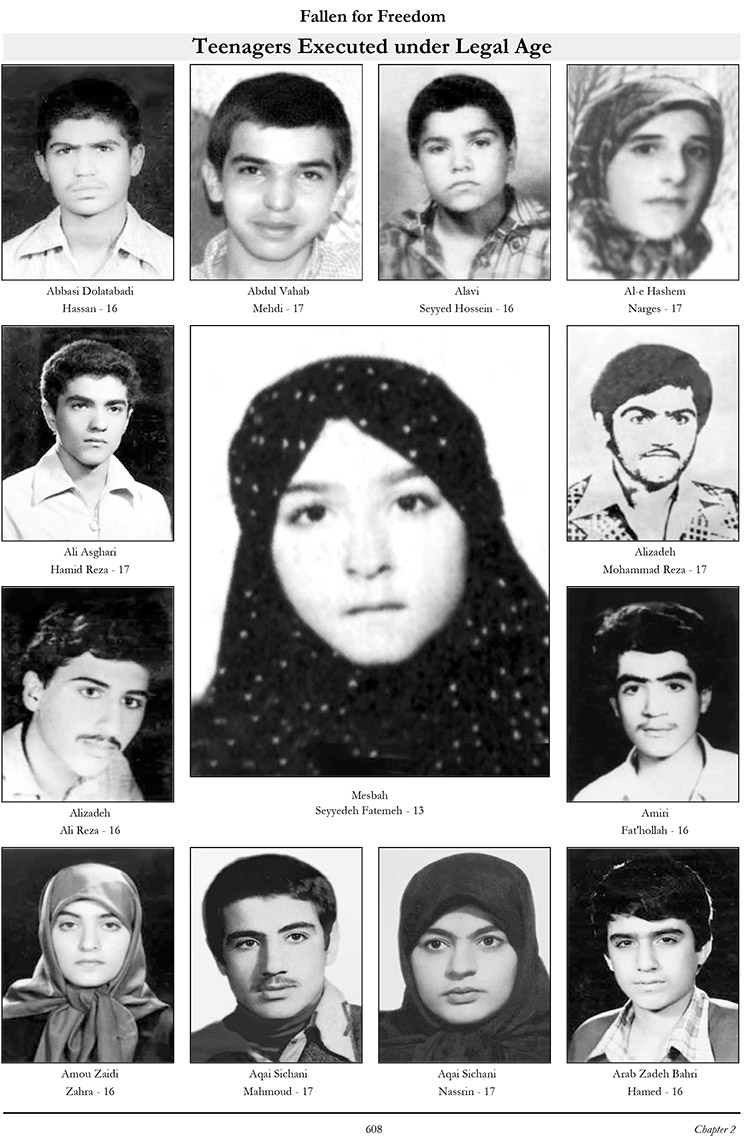 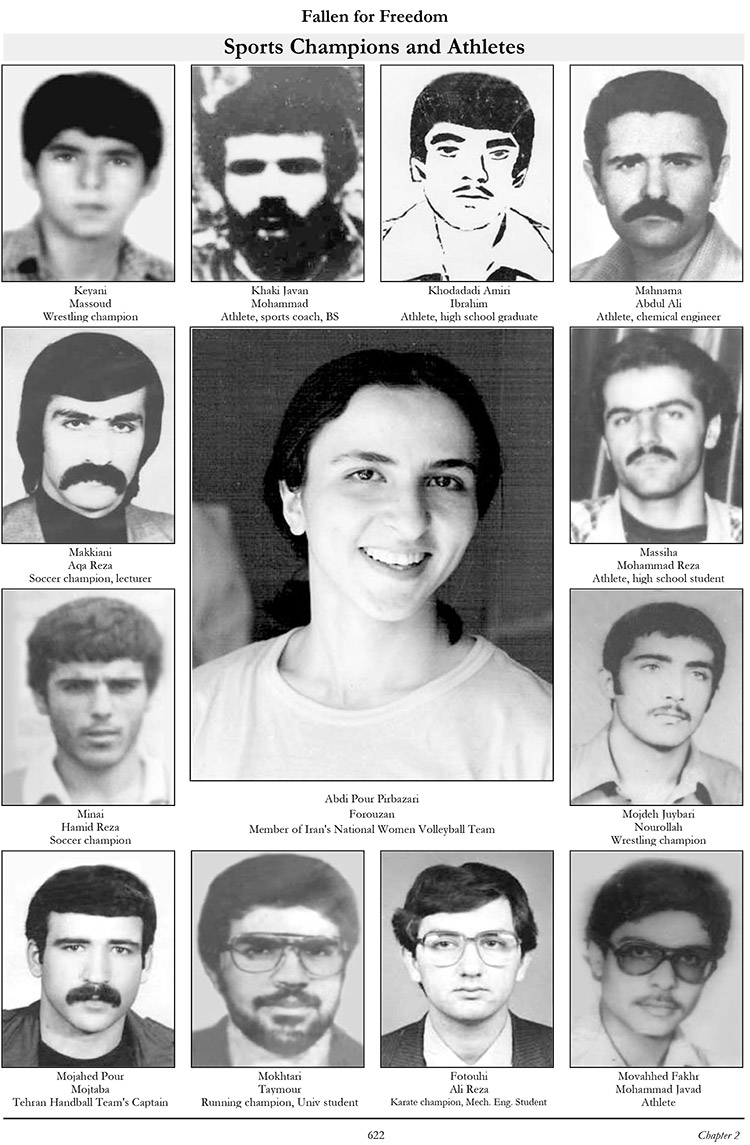 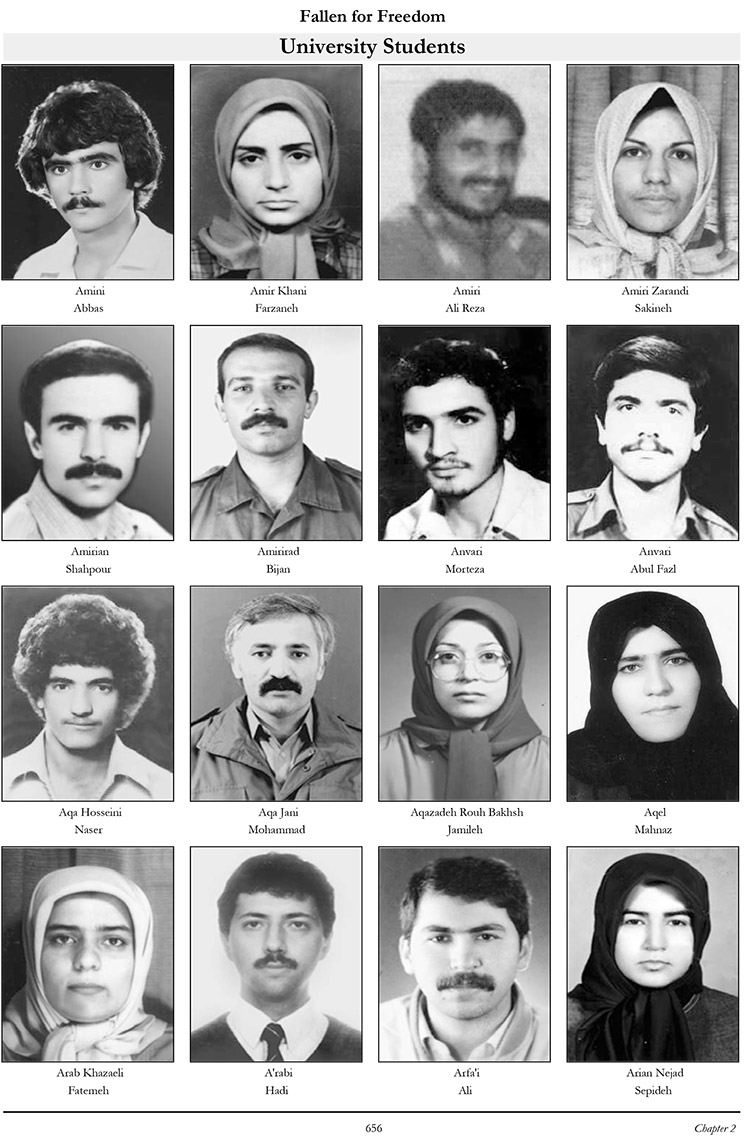 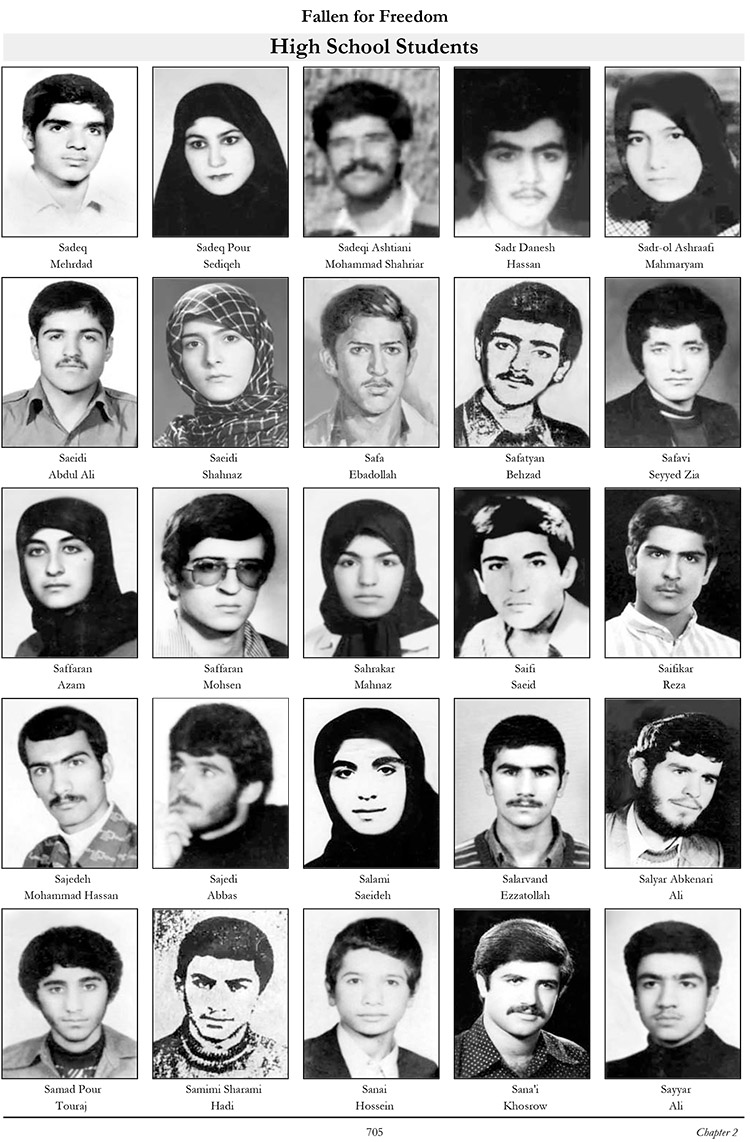