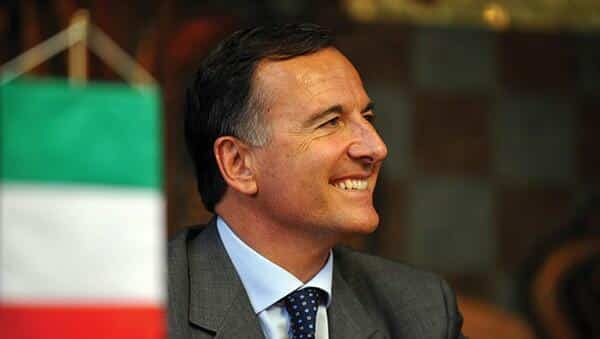 Franco Frattini, the former Italian Minister of Foreign Affairs and a great friend of the Iranian people and their organized Resistance, passed away on December 24. Born in 1957, Mr. Frattini, a magistrate by profession, entered politics in the 1980s and held senior positions in different governments due to his competence and statesmanship.

He expressed his utter support of the Iranian people’s freedom and their organized Resistance endeavoring to that end by assisting several international conferences held by the Iranian opposition in recent years.

.@FrancoFrattini: The people of Iran must not feel alone. If a group of countries come together and launch a message that this regime must go, it cannot use its power to kill its people.#EUTime4FirmIranPolicy #Iran https://t.co/A97PGGBMpB

In his latest remark in this regard on August 5, 2022, during the Iranian Resistance’s summit, Mr. Frattini said: “Your resistance is growing day by day because it paid a heavy price, and many of your brothers and sisters have been tortured, imprisoned, and killed.”

“The regime used the nuclear deal as leverage for recognition of their role in the region. they want to be recognized politically, and this is the point where they should fail. In my personal opinion, sanctions are not affecting the free people of Iran because lifting sanctions would only give more money to the regime, not to the free people of Iran. If we fall into the trap of sitting around the table and negotiating again, we legitimize the regime, it is a recognition of their role, and their role is, unfortunately, also the one to destabilize the entire Middle East,” he said on July 10, 2021, addressing the “Free Iran Summit.”

Mrs. Maryam Rajavi, the president-elect of the National Council of Iran (NCRI), sent a message following Mr. Frattini’s untimely death, honoring him as a “sincere supporter of the Iranian people and Resistance.”

My condolences on the untimely passing of Franco Frattini, a wise politician and former Minister of Foreign Affairs, to the people of Italy and his family. Deeply aware of the inhumane and terrorist nature of the Iranian regime, he was a sincere supporter of the Iranian people and resistance,” she said.

Many thanks Madame President for your brave struggle for democracy and hunan rights in Iran!