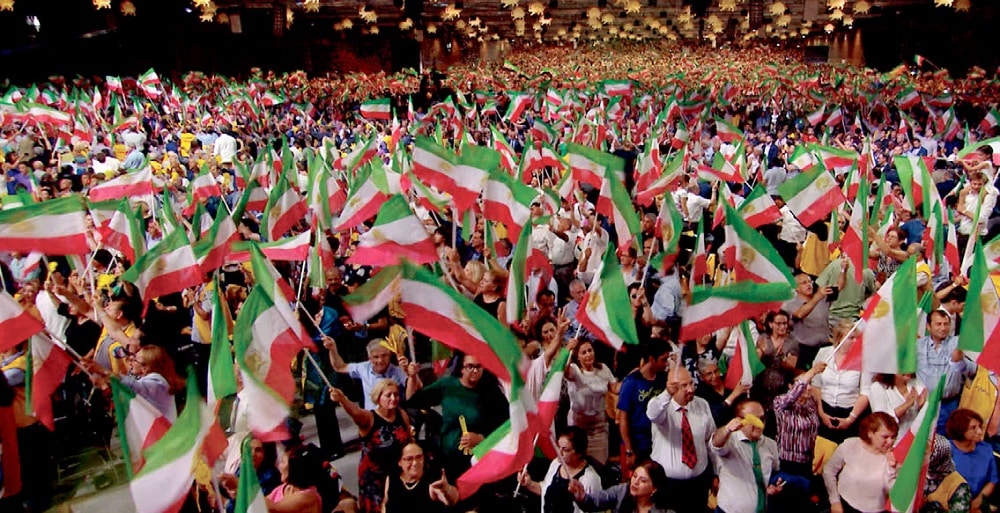 The Iranian Resistance holds its annual “Free Iran World Summit 2022: Iran on the Brink of Change” on July 23 and 24. This summit aims to form a united international front that rejects Iran’s ruling theocracy and the appeasement policy by Western powers towards it.

This summit will be attended by hundreds of renowned politicians and members of parliaments from both sides of the Atlantic and beyond. Tens of thousands of Iranians will join the event online from thousands of locations across the world. This year’s “Free Iran” conference is being held amid the rising public defiance toward the regime as the mullahs are engulfed in irremediable domestic and international crises. These crises have prompted the regime’s supreme leader, Ali Khamenei, to select an unscrupulous mass murderer like Ebrahim Raisi as his genocidal regime’s president to increase domestic oppression while taking a hostile approach in dealing with the international community.

The failure of rounds after rounds of futile talks to revive the 2015 Iran nuclear deal, also known as the Joint Comprehensive Plan of Action (JCPOA), as well as taking dual and foreign nationals as hostages to blackmail the world community, are the results of Tehran’s aggressive approach.

The disgraceful treaty between Tehran and Brussels to release the Iranian regime’s incarcerated diplomat terrorist Assadollah Assadi, and the regime’s pressures on Sweden to release Hamid Noury, an Iranian prison official involved in the 1988 genocide, are part of the regime’s conspiracies against its viable alternative. These plots are also the flipside of the regime’s international defiance.

The  Free Iran World Summit 2022 comes, as the regime faces and strategic deadlock following the new global polarization against authoritarian regimes, who have long saved Tehran’s neck from the noose of international pressure.

The Iranian Resistance’s “Free Iran” summit focuses on forming an alliance between the international democratic forces, rejecting the religious tyranny ruling Iran and in solidarity with the NCRI as a democratic alternative to this regime.

#FreeIran2022: an annual event that demonstrates that #Iranians inside and outside the country, as well as their international supporters are determined to bring about regime change and build a free, peaceful, prosperous and democratic #Iran. pic.twitter.com/aVa4KKs365

Thousands of the MEK’s “Resistance Units” inside Iran join this year’s international conference online, representing all sections of the country’s volatile society. They will enjoy the support of tens of thousands of their compatriots worldwide and renowned politicians from the four corners of the world.

The “Free Iran World Summit” and its attendees will call for ending the ominous rule of Iran’s ruling theocracy, which not only lacks social and political legitimacy inside the country but is also a threat to global and regional peace and stability due to its warmongering policies and its export of terrorism and hostage-taking to blackmail the world community.

The 2022 World Summit and its participants will once again underline the role of the NCRI as a viable and legitimate alternative to the Iranian regime and enjoy both domestic and international support. “Free Iran World Summit” 2022 will be attended by renowned politicians from various political tendencies, including: