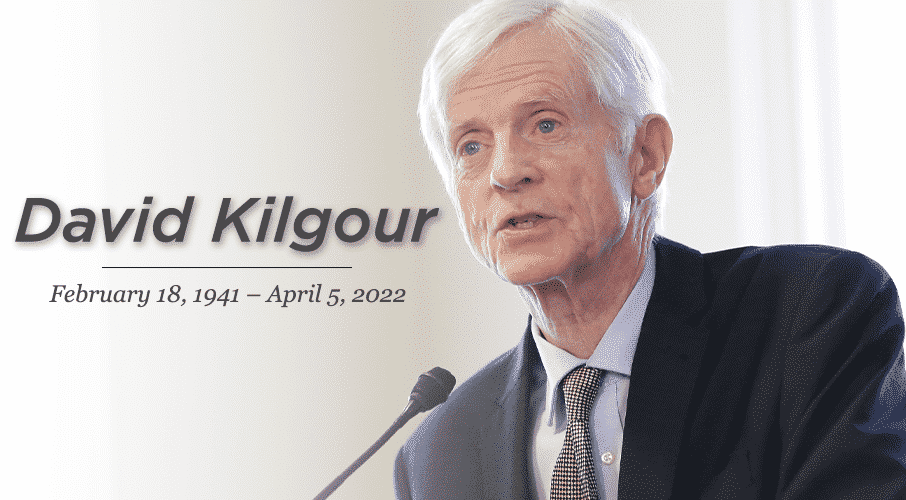 David William Kilgour, the son of a wealthy family from Winnipeg, the capital of the Canadian province of Manitoba, knew a world about comfort. Throughout his professional life, he wore many hats and sat on many seats.

He became a lawyer, then the Deputy Speaker and Chairman of Committees of the Whole of the House of Commons served as the Secretary of State in the Liberal government, the Parliamentary Secretary to the President of the Privy Council in two Conservative governments, the Minister for CIDA, the Minister of Indian and Northern Affairs, and the Minister of Transport… briefly. He personally achieved more than many statesmen combined.

But despite the wealthy upbringing, David was all about decency and doing the right thing, even though very few noticed.

While studying economics at the University of Manitoba, he took on a summer job, working with Portuguese migrants on a railway steel gang in northern Ontario, and started to teach them English in the evenings. While being interviewed for this obituary, two days before his death, he just explained: “I guess I felt like I had to give a lot back, because I’ve sure been given a lot.”

Irwin Cotler, a former McGill University law professor who remembers Mr. Kilgour when he founded and chaired a parliamentary committee for Soviet Jewry, offers testimony about what David did was as crucial as it was underappreciated.

“If you look at the galaxy of those involved in the struggle of Soviet Jewry, you might not see his name with the prominence and impact that he had, but he was there, always in the trenches,” Mr. Cotler says.

This week we lost my dad, David Kilgour. He taught me about generosity, kindness, and curiosity. Thank you for all who have reached out with kind words, memories & support. Amidst a challenging time, it is nice to know how loved and admired he was by so many around the world ❤️ pic.twitter.com/bhBUCybxKY

Unlike many big names of the 21st century, he wasn’t an online mogul, YouTubing his thoughts or tweeting every single bit of an accomplishment for the world to observe and praise that he stood for. Searching his name on the internet, you’d barely find him in the news or commentaries that strive to pick every inch of a public figure’s life. But achieving, he amazingly did.

David was a member of the two biggest Canadian parties and when he officially ended his tenure in the House of Commons as an Independent MP, he was one of the longest-serving members who elegantly left Colline du Parlement to serve other causes he deemed worthwhile.

According to CBC’s Nick Boisvert, “During his 27 years as an MP, Kilgour established himself as a vocal supporter of international human rights causes. He also proved himself unafraid to challenge his Commons colleagues — and even party leaders.”

Indeed, David Kilgour was a ‘good troublemaker’. He broke with both parties over principles he valued more than partisan loyalty. In April 1990, he was expelled from the Conservative caucus because of his opposition to the goods and services tax.

“Mr. Kilgour’s move to the Liberal Party allowed him to pursue further his work on international human rights, Michael Petrou writes for the Globe and Mail. “After working as secretary of state for Africa and Latin America, in 2002 he was made secretary of state for the Asia-Pacific. “He was generous by nature – not by political calculation – to help people and causes,” remembers Elliot Tepper, a political scientist at Carleton University who worked with Mr. Kilgour on files related to Asia.”

Beryl Wajsman, editor of the Suburban beautifully writes: “Despite his health, he traveled the world raising conscience and consciousness on China’s persecution of the Falun Gong… He was one of the first to bring to light China’s genocidal policies against its Uyghur Muslims.”

Tragic news that David Kilgour has passed away. He was one of Canada’s finest advocates for human rights in China. He fought for the rights of Uyghurs, Falun Gong as well as those w forced organ transplants that result in thousands of deaths per year in China. Thank you David! https://t.co/QpYzrRIOms

According to Irwin Cotler, minister of justice under Mr. Martin and Mr. Kilgour’s Liberal caucus colleague, “partisanship didn’t exist” for Mr. Kilgour. “I rarely met a more principled parliamentarian who was involved for the sake of the common good, never with regard to any personal interest – always doing that which was right, always doing that which was good, always being there for everybody else, and being involved in all the great and good causes.

“He was a role model, not only of what a parliamentarian can and should be and was, but also really a role model for the way he lived by his principles in all respects – modest, unassuming, but a person of real moral courage and moral clarity. Something we sorely miss these days.”

As the Secretary of State for Africa and Latin America, David Kilgour traveled to Zimbabwe, became vocally critical of Robert Mugabe’s farm-invasions policy, and pushed for increasing international pressure. He was also among the Ukrainian election monitor delegation of the federal run-off elections in December 2004, a turning point in the country’s history whose events led to the Orange Revolution.

In 2005, David actually quit the Liberal Party because Canada was unwilling to take part in a multinational effort to stop the genocide in the Darfur region of Sudan. He became an independent MP and held the balance of power in the House of Commons at the time of Paul Martin’s minority Liberal government. He eventually forced the government to send humanitarian aid to Sudan, by being persistent, mobilizing the public opinion, and using his unique position in the parliament.

Mr. Kilgour was the only Canadian MP in Canada’s history who served two major parties and still managed to be the most influential as an independent candidate. Perhaps that says more about our parties than it does about Mr. Kilgour.

David Kilgour was also among the few who dared to touch a complicated, challenging topic like Iran. As co-chair of the NGO Canadian Friends of a Democratic Iran, he was among his fellow Canadians to condemn human rights violations by the Iranian regime. In 2009, he wrote to then prime minister Stephen Harper, with whom he would eventually share the floor in the Free Iran Summit in 2018.

My profound condolences on the passing of David Kilgour, former Secretary of State & MP in Canada,to his wife, Laura, family & colleagues.He will be remembered for standing by the Iranian people & Resistance, against religious dictatorship in the darkest hour of our nation. #Iran pic.twitter.com/sDIzgXNgwk

On his website, he devoted a special page to Iran and the organized effort to liberate the country, a cause for which he continued to battle fiercely until the very end. In one of his last columns he wrote, “It would be naive and dangerous to write off the threats from Tehran as mere propaganda. Prudence and vigilance dictate that counterterrorism and counter-espionage activities against Tehran have to be intensified, while its network in the West should be dismantled and prosecuted. But that is not enough. The West must also put policies into place that will continue a trend of accountability and challenge the Iranian regime over its past and ongoing behaviors.”

History remembers very few big names who have put principles over interests. Even fewer, who abandoned shining under the spotlight of the jubilant public for embracing the hard and long journeys of true trying efforts for other, unknown and neglected topics.

Most people come and leave the world, only touching the lives of those around them. But the impact of the lives and deaths of people like David moves beyond innumerable accounts.

With David’s passing, an outspoken, tireless voice of the suppressed, the world is a less good place. An eternal giver, a relentless critic of the status quo is silenced now.

Now that he’s gone, stories about him and his heroic “crusades” begin to emerge. It’s utterly damning how less we care about those who deserve it most. This tells more about us than it does about David. The world is starting to learn about him, while it’s already too late. Because we learn while mourning, one hero at a time. 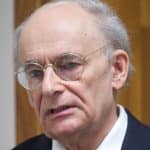 David Matas is an international human rights lawyer based in Winnipeg, Manitoba, Canada.

Deeply saddened to learn of the passing of Hon. David Kilgour, ex-Canadian Sec. of State, a great friend of the Iranian Resistance for 2 decades & a dear friend. One of his latest pieces: https://t.co/qIvybkCi1U May he RIP. 🌹 pic.twitter.com/XH5E5cytRX