Interim session of the National Council of Resistance of Iran (NCRI)

The interim session of the National Council of Resistance of Iran was held on December 19 and 20 in the presence of the NCRI President-elect Maryam Rajavi.

She noted: This session is held at a time when major conflicts and developments in Iran, the region and the world, bespeak of the dawn of a new era and a new phase in the international confrontation with terrorism and fundamentalism under the name of Islam with the religious dictatorship in Iran as its epicenter. 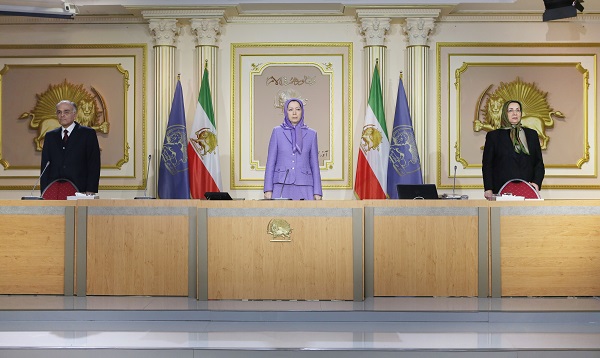 The two-day agenda of the interim session of the National Council of Resistance of Iran included in-depth discussions on rapid developments on the international level after the terrorist attacks by DAESH in Paris on November 13, 2015; regional developments and the heavy setbacks dealt to Khamenei’s interventionist policy in the region particularly in Syria and Yemen; the consequences of JCPOA, the latest report by IAEA Director General and the resolution adopted by IAEA Governing Council; the Iranian regime’s acute economic crises coupled with a plunge in the price of oil; social and political protests across the country; as well as the regime’s election crisis and its aggravating internal conflicts.

On behalf of the Iranian people, the NCRI session also strongly condemned the Iranian regime’s alliance with the terrorist crimes of DAESH in Paris as well as Khamenei’s complicity with Bashar Assad in the murder of 300,000 people of Syria and displacement of millions of others, describing them as the main cause for the inception and expansion of DAESH.

The NCRI session welcomed the recent formation of an anti-terrorist coalition of Islamic countries led by Saudi Arabia also supported by the Al-Az’har society which is the supreme religious authority for Sunni Muslims, and Mrs. Rajavi extended her congratulations on the formation of this coalition.

Other discussions in the session included the P5+1 nuclear agreement with the Iranian regime, the depth and scale of the regime’s irremediable economic crisis, the regime’s factional feuding over the upcoming election sham for the mullahs’ parliament and Assembly of Experts, continuation and expansion of social protests by various businesses and syndicates, especially the struggle of families of political prisoners against torture, death sentences and mistreatment as well as the heroic resistance put up in the depths of prisons and the epical resistance and steadfastness of freedom fighters in Camp Liberty. 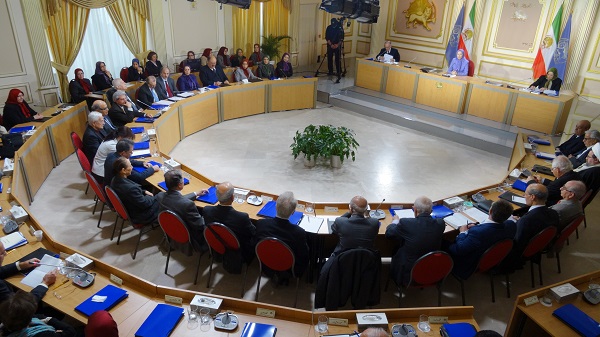