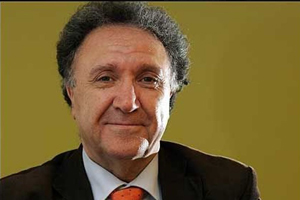 Mr. Parviz Khazai, representative of the National Council of Resistance of Iran (NCRI) in Nordic countries, spoke about the Arabic and regional coalition against Iranian regime’s regional meddling with the Iranian Resistance television of Simay-e Azadi:

I believe this is a turning point in the contemporary history of this region since after so many years, countries in this region, and to a large extent the Western countries, learned that the principal threat is not Shia or Sunni axis, but a religious fascist regime ruled by Khomeini’s doctrine under the veneer of religion. This regime is suppressive, murderer, terrorist and expansionist and wishes to spread its dominion over the region. It is looking to make up for its domestic feebleness and bankruptcy by its activities abroad or the “export of revolution” as it calls it.

This is first time ever that nations in this region have seriously understood this notion and it is a pity that there was so much delay before they got here.

Many years ago this resistance presented the book “Islamic Fundamentalism” as the great global threat and Mrs. Rajavi, as you saw, alluded to this fact in the U.S. Congress. Now, they have arrived at this conclusion that they need to unite against a common enemy in the region. This is the common enemy of the whole world. Among other countries, some like the French President have been more courageous to come out and join this coalition. I call this a global coalition since you saw countries such as Senegal in Western Africa and Malaysia have also joined in and I believe this is good time to cut off the tentacles of this regime in the region which is the prime evil in the world with its nuclear program and expansionism, which it calls export of its hideous ideology.

I see this quite lucidly, but I hope that the present U.S. administration would really back up a regional and global coalition because the fate of the countries in the region, as well as the fate of other countries and world democracies, is in danger.