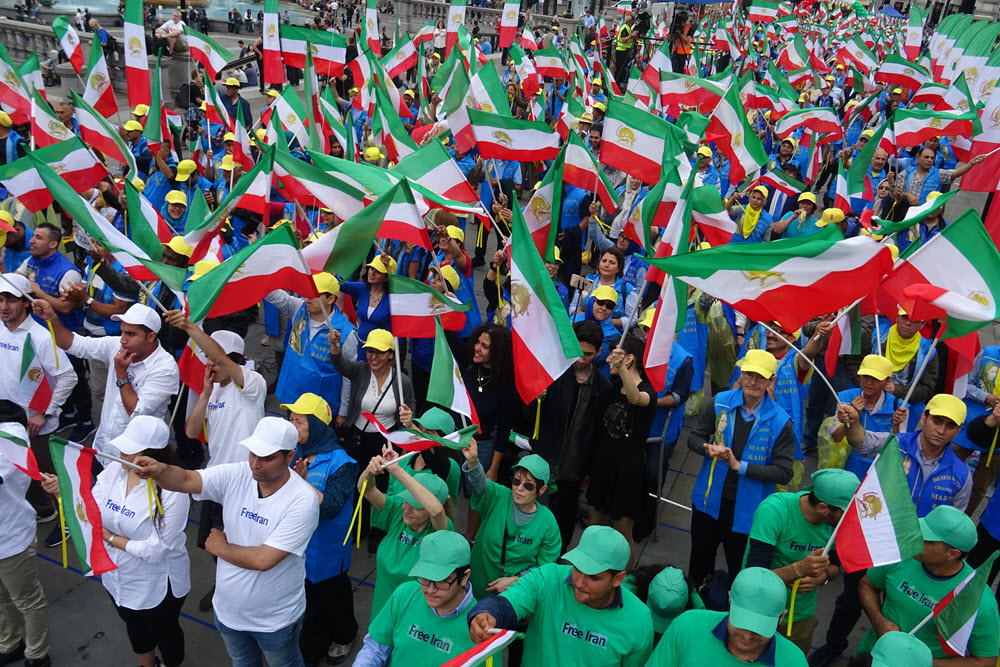 Anglo-Iranian supporters of the main Iranian democratic opposition group People’s Mojahedin Organization of Iran (PMOI), also known as the Mujahedin-e Khalq (MEK), in the United Kingdom are holding a major rally in London on Saturday, July 27, 2019 to express their support for the ongoing anti-regime protests and strikes in Iran. The MEK supporters are calling on the UK Government to stop placating Iran’s regime and to adopt a firm policy that recognizes the democratic aspirations of the Iranian people. Members of Parliament and political personalities are scheduled to address the rally. We’ll be updating this page live as the event unfolds. 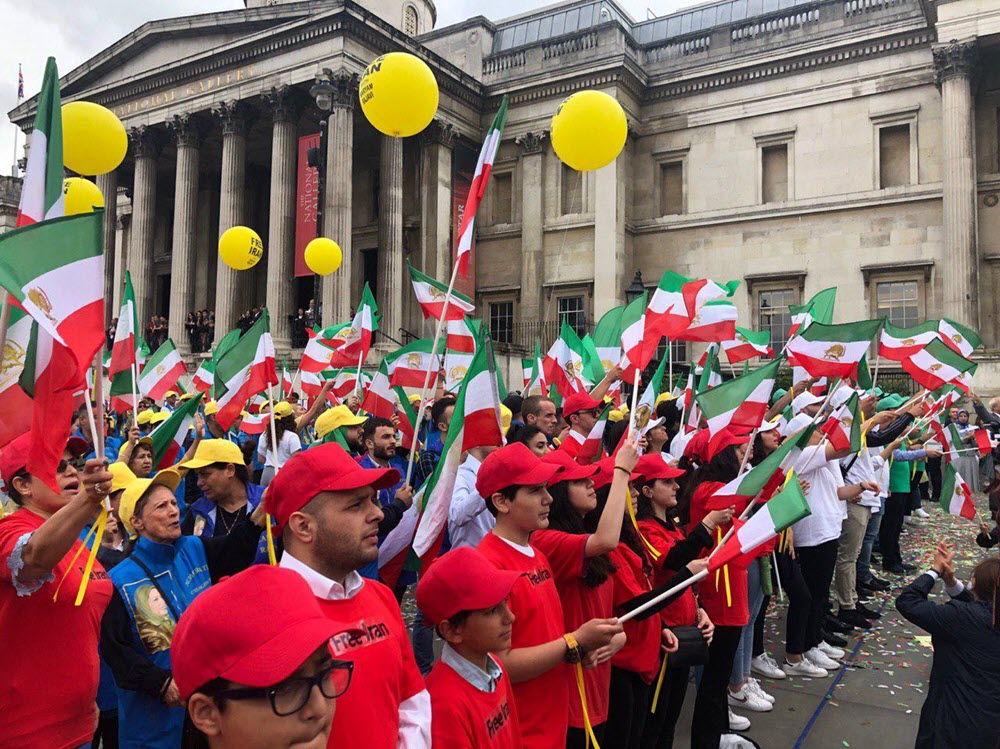 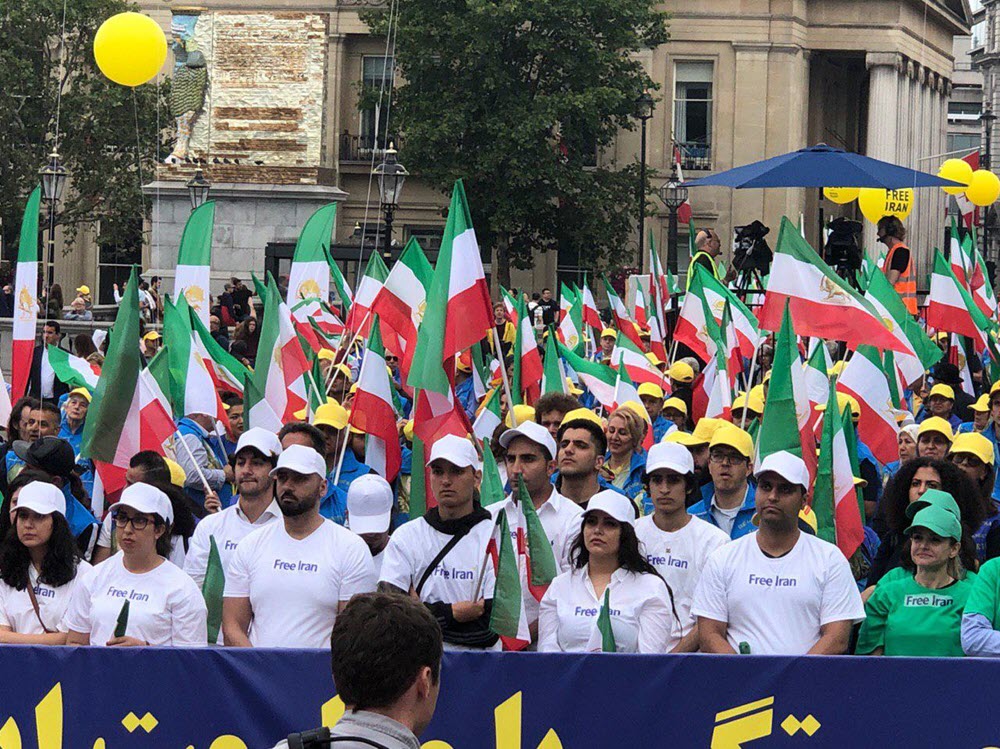 All times are local 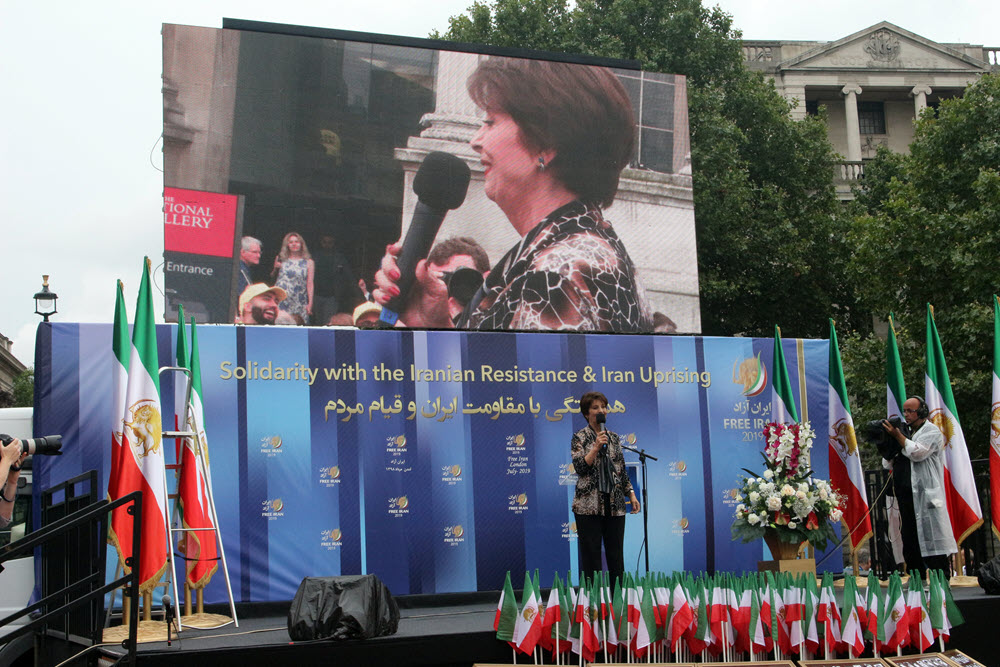 14.40: Renowned Iranian singer ‘Marjan’ is making a performance for the Anglo-Iranian demonstrators gathered in London’s Trafalgar Square in support of a free and democratic Iran.

14.45: A representative of the Anglo-Iranian youth is welcoming demonstrators to the Free Iran rally and march in central London. 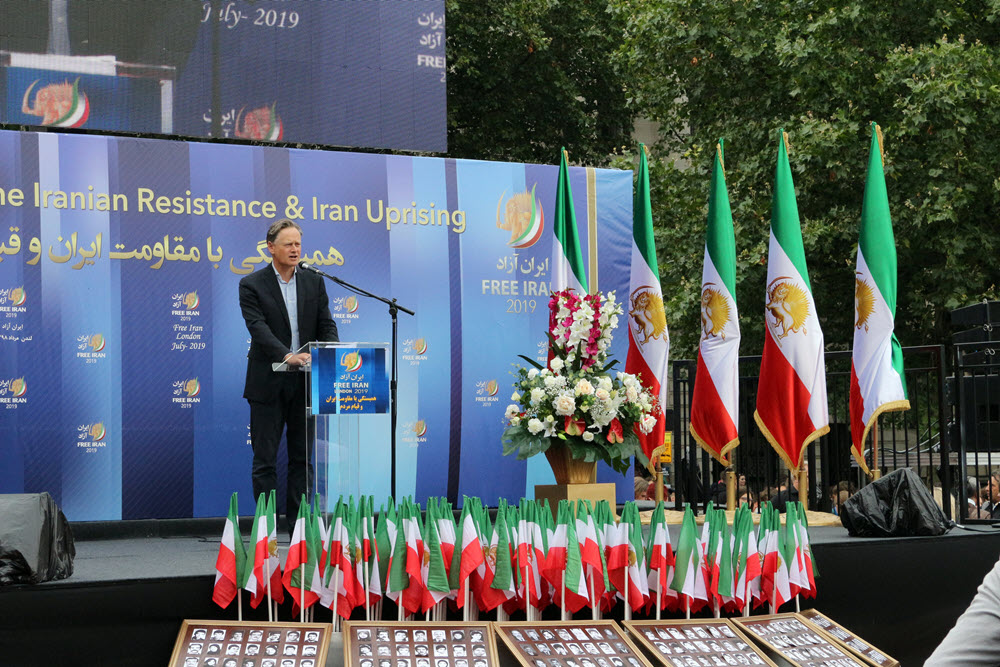 “It was an honor for me to lead a British delegation to Free Iran event in Ashraf 3, Albania. It was an opportunity to meet the people of Ashraf and hear their experiences and their hopes for the future,” said British MP Dr. Matthew Offord, referring to the MEK members at the Ashraf 3 compound in Albania..

“We were convinced during our visit that Madam Rajavi represents an opportunity for the future of Iran. She seeks peace in the region. Recent events in the Persian Gulf show Iran is engaged in state piracy,” he said in reference to Iranian opposition NCRI President London rally: “The Revolutionary Guards (IRGC) & the regime of Iran should be held to account for their atrocities. These organizations should be proscribed in their entirety under the UK Terrorism Act.” to overthrow the regime and achieve freedom. in Resistance for freedom and democracy, I would like to salute you all. ian Resistance . I urge them to send an int’l fact-finding mission to Iran to visit the regime’s prisons and the political prisoners particularly, the women. will be free. rally in London: “We support you in the cause for human rights, women’s rights and democracy in Iran.” pic.twitter.com/wGwrBVtxj6