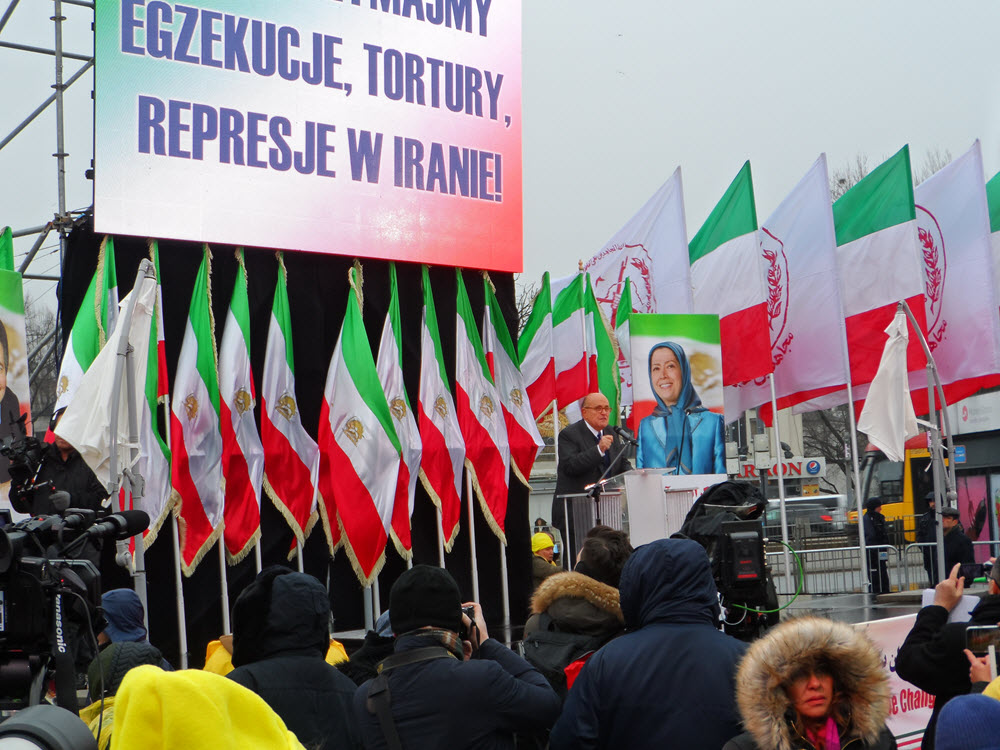 14:30: Opponents of Iran’s regime, supporters of the MEK, are marching on the streets of the Polish capital chanting “Appeasement no; regime change yes” as government delegations attend the Warsaw Summit on February 13-14. The MEK supporters are declaring their solidarity with the anti-regime protests taking place throughout Iran.

supporters march on the streets of Warsaw in solidarity with the regime change protests in . They urge the to recognize right of Iran’s ppl to overthrow mullahs & establish a free republic. wants to spread its hegemony over whole Islamic world. We need to eliminate this threat. Only strong support to Iranian resistance can help us achieve this. I hope we’ll be able to hold this meeting in Tehran are testament that there is no negotiation with the regime. The regime must end.. It must end & end quickly in order to have stability , join us to be their voice against the regime’s egregious human rights violations & an upsurge in its terrorist acts on European Soil.
Feb.13, 2019, starting at 12:30 pm (GMT+1)https://t.co/4zXvdEyfIo

We Polish people have a special attitude towards the Iranian nation, because during the 2nd World War, they had taken care of thousands of Polish soldiers who were crossing through Iran. They were hosted with great hospitality.

Now the Iranian nation has to obtain its dignity and be a nation of complete freedom. We have to give the Iranian people the help they need to obtain human rights.

Thousands of Iranians are in jail for demanding their rights. Even the lawyers who defend them end up in jail. All Poles are in solidarity with you.

11:50: Senator Ryszard Majer, Vice President of the Foreign Affairs Committee of the Polish Senate, tells the NCRI’s press conference outside the Warsaw Summit:

Respect for the right of Iranians and freedom for the Iranian people is needed for the whole world. As a Pole, I understand this desire. For many years we lived under dictatorship. Prisons were full of political prisoners who wanted freedom of expression.

Today, Mrs Maryam Rajavi wants to bring freedom and democracy to her people. In this movement, respect for human rights and freedom are not just empty slogans. 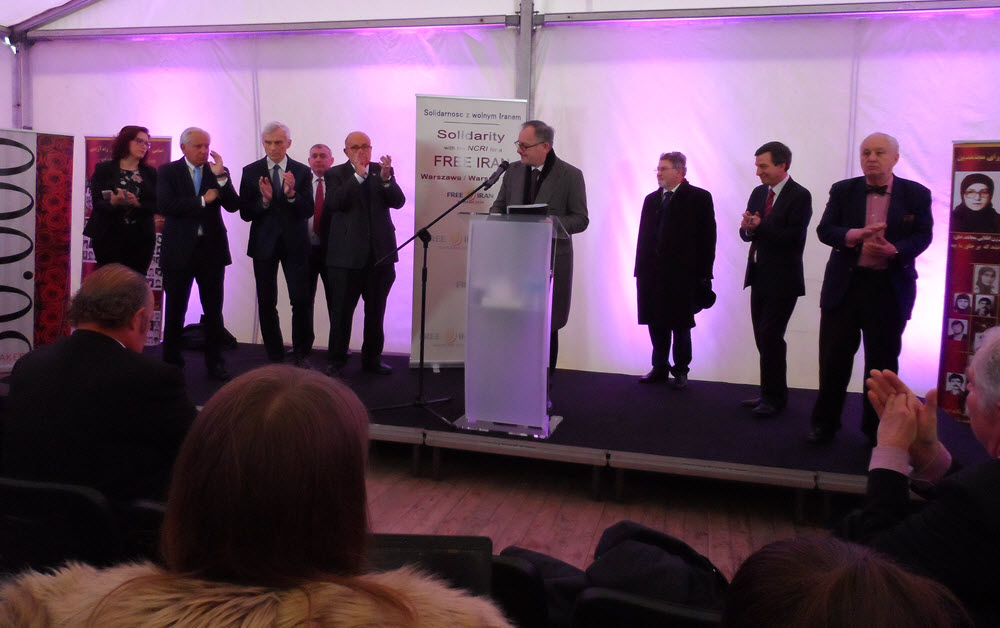 11:45: Former US Senator Bob Torricelli tells the NCRI press conference outside the Warsaw Summit:
The people of Iran want regime change. They are a good people, a talented people who should not be condemned to live in poverty and repression. I congratulate the government of Warsaw for their courage to hold this conference. The people of Poland never gave up the desire for freedom and they won, so will the Iranian people.

We are here as messengers of peace. We want stability of the Middle East and all neighboring countries.

The main menace is coming from state terrorism by the Iranian regime, and we see that violence in countries like Iraq, Syria, and Yemen.

So we are here to support the Iranian people. This weekend marked the 40th anniversary of the fall of the Shah’s dictatorship. The people of Iran got rid of a dictatorship but got into a worse dictatorship of the mullahs.

The Mujahedin-e Khalq has more than 50 years of resistance. We have seen a lot of sacrifices and over 120,000 have been executed by the mullahs’ regime.

This is why the sacrifice of the Iranian people is not only for freedom in the Middle East but for the whole world.

11:35: Marcin Święcicki, a Member of Parliament from Poland and former Mayor of Warsaw and a former minister for foreign economic relations, told the NCRI’s press conference at the MEK’s Free Iran rally:

I am here to support the democratic opposition in Iran. I have already participated in a few meetings of the Iranian opposition in Paris, and as Mayor Rudy Giuliani said, the regime tried to bomb these rallies.

Poland had to fight for its freedom, and the Iranian people are doing the same. That’s why we support the democratic opposition in Iran against a regime that is suppressing its people.

We support the 10-point plan of Mrs Maryam Rajavi, equal rights for men and women, rights for minorities, religion and freedom of choice.

I am certain that this fight for democracy and to abolish a regime that does not respect human rights will be a successful one. 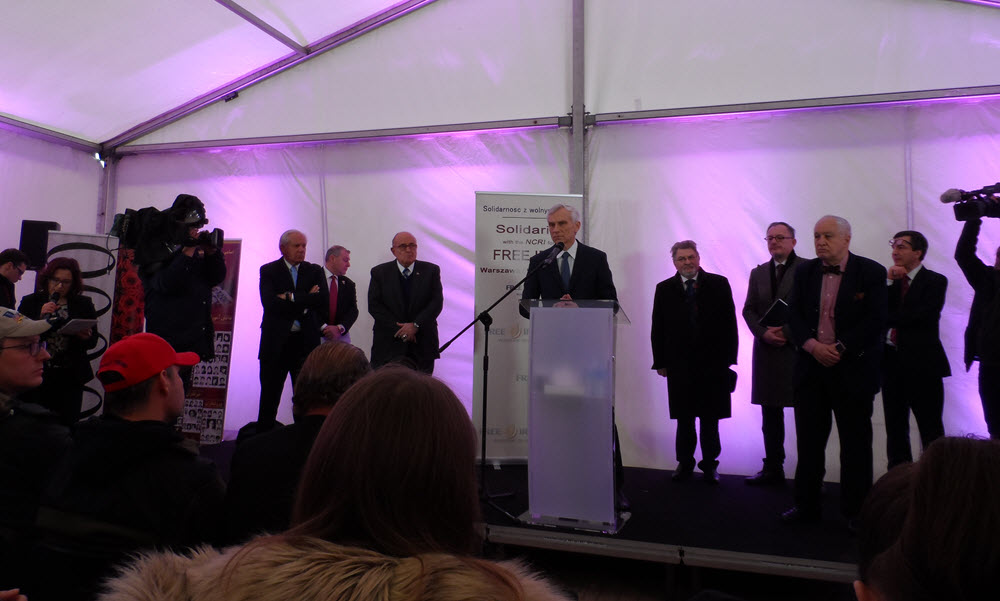 11:30: Rudy Giuliani speaking at the NCRI’s press conference at the MEK’s Free Iran rally in Warsaw:

Iran is the number one state sponsor of terrorism in the world. We should not be doing business with a regime that supports terror. The Warsaw Summit should be focused on how we change Iran. How do we change their behavior against their people. The last two Free Iran conferences I attended, the regime tried to bomb them; the last one was in Paris.

We believe the alternative to this regime is Madam Maryam Rajavi, and this organisation, the MEK, is at the core of that movement. We want to see a non-nuclear Iran. A free Iran. So that the people of Iran can have their country back. We want to see a democratic Iran. A non-monarchy, non-mullah dictatorship. 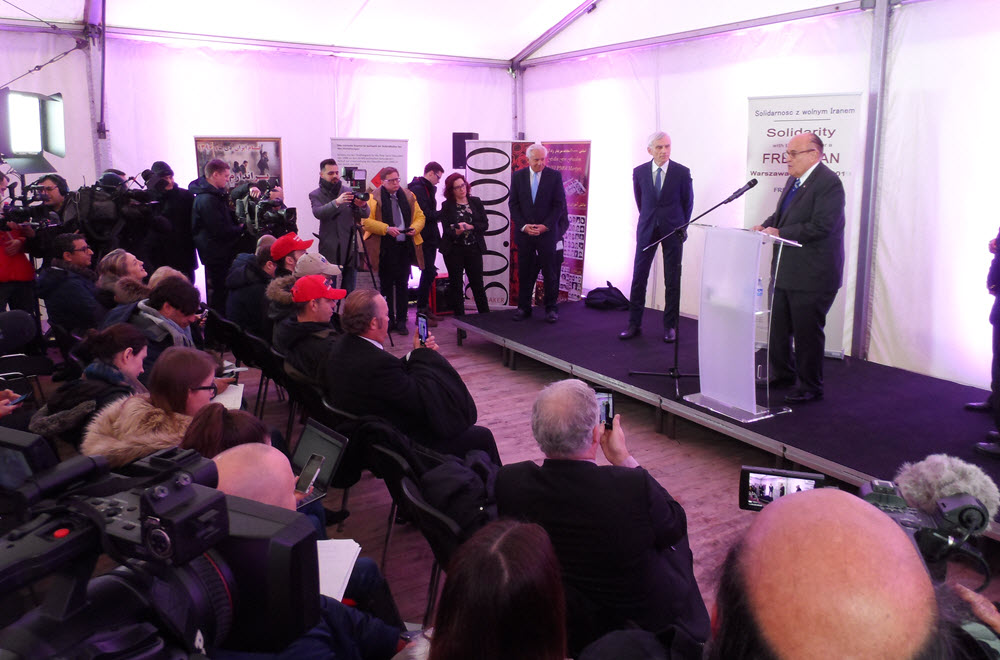 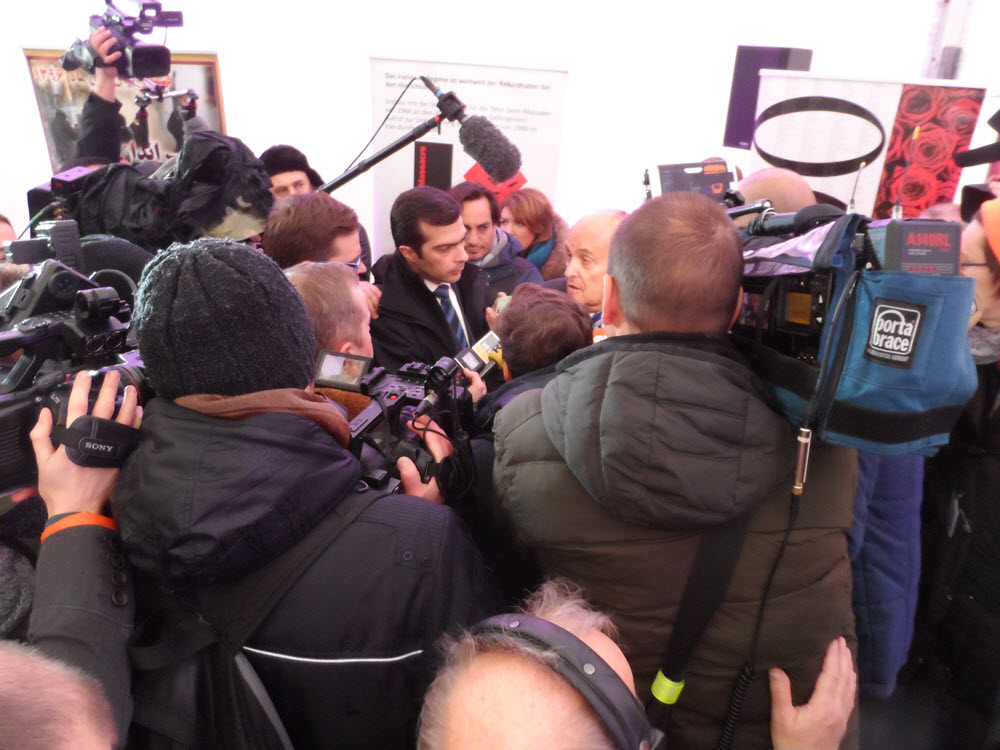 09:00: Supporters of the Iranian opposition People’s Mojahedin (Mujahedin-e Khalq, MEK) and NCRI will hold a large rally in the Polish capital later today in support of democratic change in Iran, as key members of the international community attend the Warsaw Summit whose focus is on Iran and its destabilizing role in the region. 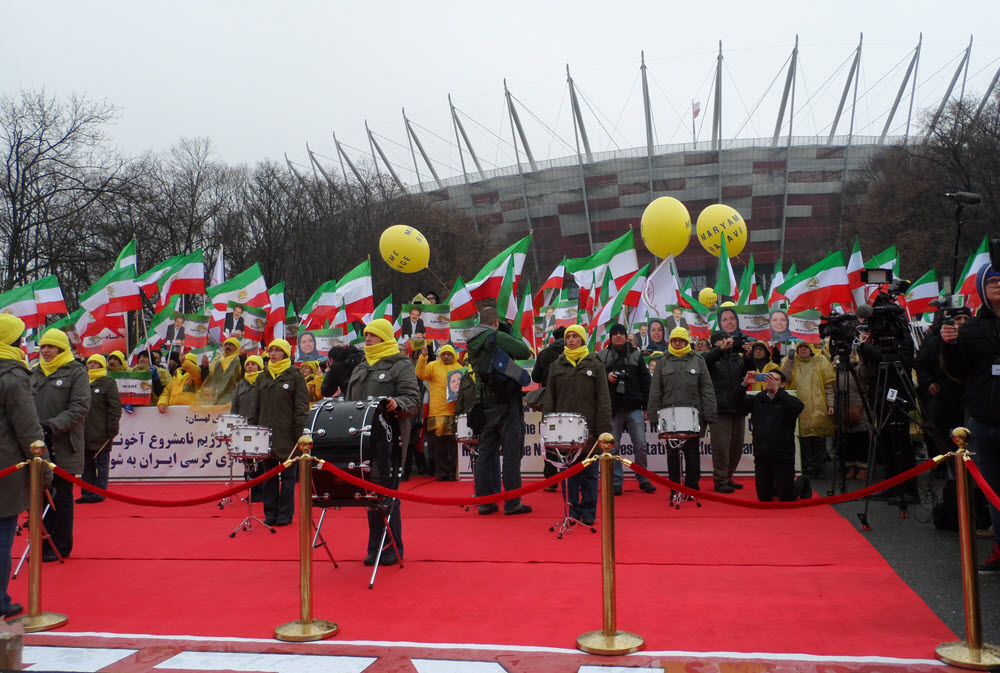 Poland and the United States are co-hosting the “Ministerial to Promote a Future of Peace and Security in the Middle East” in Warsaw on February 13-14.
The rally by the MEK‘s supporters will echo the voice of the people of Iran for a change of regime by the people and their organized Resistance. They will show their support for Iranian opposition leader Maryam Rajavi’s 10-point plan for a free republic base on separation of religion and state, gender equality and a non-nuclear Iran. The Iranian protesters will state the NCRI coalition, over which Maryam Rajavi presides, is the democratic alternative to the mullahs’ regime.
Live reports to follow from the MEK’s Free Iran rally.