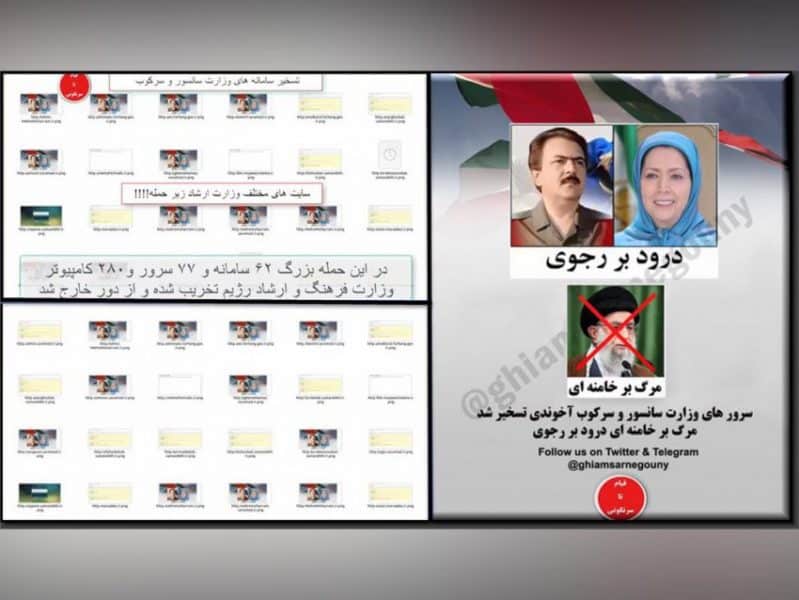 One month after the disruption of its websites, the Iranian regime’s propaganda apparatus is still having a hard time getting its websites functioning properly.

“On Monday, March 14, videos were posted on the internet that indicated that the website of the Ministry of Guidance and some related Internet domains had been hacked,” ICTna added. “The videos show images of the ministry’s website and other affiliated domains, in which a picture of a group of hypocrites (Iranian regime’s acronym for the MEK) can be seen. It is not clear whether the recent attacks were carried out by the same group or not, but systems that were dedicated to acquiring licenses for music, books, shows, etc. have also been hacked.”

ITCna also wrote: “It seems that the entire archive of these websites has also been blocked from access, and there has been no official from the Ministry of Culture and Islamic Guidance on this topic. Following the confirmation of this news, the ministry has announced in recent weeks that the Digital Media Center is trying to solve the problem. It is interesting though that the current Minister of Communications used to work in the technical department of the Ministry of Culture and Islamic Guidance, but it seems that there is no special interaction between the two ministries at the moment, and this disorder has been plaguing the Ministry of Culture for a month.”