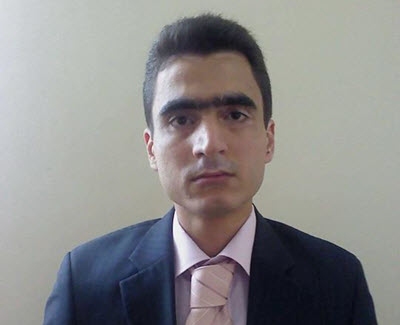 NCRI – Shahin Zoghitabar is political prisoner being held in Iran’s notorious Gohardasht (Rajai-Shahr) Prison, who has denounced the continuing violation of human rights by the theocratic regime in Iran, as well as its meddling in the region.

From his prison cell in Gohardasht, north-west of Tehran, Shahin Zoghitabar has invited all Iranians to support and participate in the Iranian Resistance’s “Free Iran” gathering in Paris on July 9.

In his invitation, smuggled out of prison at great risk, he writes:

“Hello to all Iranian people,

A new dawn is coming. All Iranians and dear compatriots living outside of Iran are welcome to attend this great gathering, and to bring their enthusiasm and passion. Like last year, we will say no to all policies that infringe on civil liberties, which are established by the mullahs’ regime. We will say no to the continuing violation of human rights in Iran and the crimes of the regime and it’s meddling in the region. We will continue to oppose all those western politicians who are appeasers and the unjust policies of the mullahs’ regime.

Dear Iranians living outside of Iran! I know that you certainly feel a great urge to attend this gathering since your attendance is as a call-out for the innocent prisoners of the mullahs’ regime awaiting execution. You can be the voice for the children of labor, the unemployed youth, mistreated workers, as well as the girls and mothers who suffer at the hands of the mullahs’ oppression. You can also be the voice of the fathers who feel embarrassed every day in front of their family, the homeless people, and those children displaced in Syria.

Dear open-minded Iranians! I and the other political prisoners and the people of Iran who cannot attend the gathering warmly support and appreciate your attendance, which is a powerful blow to the mullahs’ regime.

The Free Iran rally will be held on July 9. Led by Mrs Maryam Rajavi, the National Council of Resistance of Iran (NCRI) will be joined in Paris by international leaders as well as by tens of thousands of supporters.