Religious Fascism Against Iranian Resistance Under Cover of Journalism 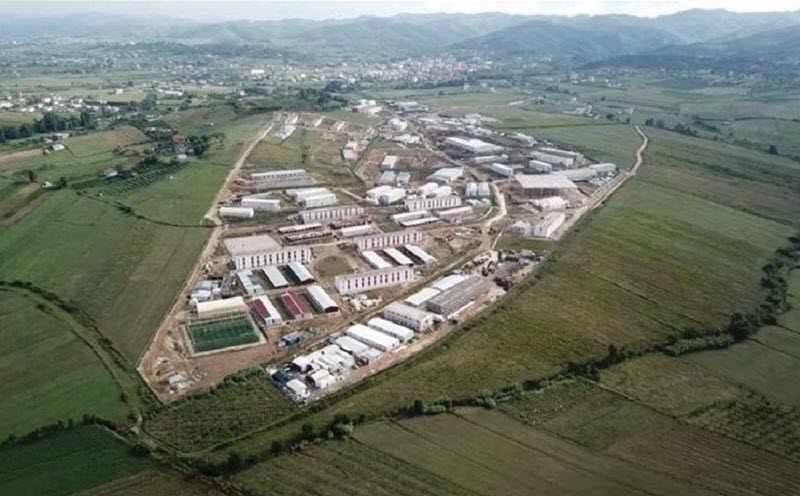 Statement by the legal advisor to PMOI

Following the very suspicious efforts of a reporter of the Norwegian newspaper Dagens Næringsliv around the residential settlement of the members of the People’s Mojahedin Organization of Iran (PMOI/MEK) in Albania, I wrote to the Editor-in-chief of the newspaper Mr. Amund Djuve on 1 April 2019: “On 27 March 2019 , an infamous agent of the Iranian Ministry of Intelligence (MOIS) and the Iranian regime’s embassy in Albania called Gjergji Thanasi, along with a journalist that we subsequently found out his name was Eskil Engdal from Dagens Naeringsliv newspaper, appeared in front of the residential compound of the Iranian refugees, members of the PMOI in Manez in province of Durres in Albania. The two unexpectedly came to the entry gate and started to take photo of the compound ignoring the signs indicating that taking photo and filming was prohibited. When the Albanian security guards asked them not to take photos, they aggressively continued with taking photos.”

Also explaining the Iranian regime’s terrorist attempts against the PMOI members in Albania and Paris in 2018 that took place against a backdrop of the regime’s demonization campaign and psychological warfare, I wrote: “We would respectfully ask you not to allow your newspaper and journalist to become unwantedly tools of the Mullahs regimes to enhance its objectives and prepare the grounds for assassinations of the Iranian refugees in Albania”.

My letter was left unanswered for two months. In the meantime, my letter was posted on the website of the Foreign Affairs Committee of the National Council of Resistance of Iran, and the NCRI representative wrote a letter in this regard to the Norwegian Justice Minister on 27 May 2019. Hereby Eskil Engdal found him in an impasse, and, in order to avoid the legal consequences of fake news, he asked me on June 4th to respond to the lies and defamations in his article dictated by the mullahs’ Ministry of Intelligence (MOIS). He obviously aimed to use interviewing with me to cover up the dirty game of the mullahs’ “friendly reporters” against the PMOI and the Iranian Resistance.

If there were no biased and ill intention, why Eskil Engdal, who was accompanied by an infamous agent of the Iranian regime embassy in Albania, did not get in touch with PMOI, like dozens of Albanian and international reporters, to ask for an interview and to visit our site? He should first explain the nature of his relations with the Iranian regime

embassy in Albania and its religious Gestapo-like MOIS, and also his mission in this regard. Should we expect further bombing and terrorist measures by the Iranian regime following such lies against the Iranian Resistance?

Should Eskil Engdal claim to be sincere in his claims, we invite him to show a minimum courage to take his claims to the court and prove them. There will be no doubt that the falsity of his absurd claims originating from the MOIS that have already been ruled out by more than 20 courts of Justice, will be revealed once again for the readers of this Norwegian newspaper.

Engdal’s baseless claims against the PMOI, quoted from the agents of the MOIS or the mullahs’ lobbyists in the United States, are nothing but obscenities that are far away from journalistic standards.

For example, he quotes retired American Col. Laurence Wilkerson, the Chief of Staff of Secretary of State Collin Powel that he used to work on the PMOI and the Iranian Resistance file every day at 8 o’clock to criminally hand them over to the Iranian regime.

In addition to the massacre of the PMOI members and supporters in 1988, after the occupation of Iraq in 2003, the Iranian regime planned to exchange 3800 members of the PMOI in Ashraf in Iraq with the al-Qaida individuals in Iran under the regime’s protection, in order to massacre all the PMOI members. However, international political and legal campaign by the Iranian Resistance prevented the regime from committing another war crime and crime against humanity.

Why is the reporter using professional appeasers of the mullahs, who since many years ago had been seeking the massacre of those who strive for freedom, in favor of the religious fascism ruling Iran? Why didn’t he talk to impartial persons or senior US military officers who were engaged directly with the issue of the PMOI, such as General Shelton, former US Chief of Staff, General George Casey, former Commander of Multi National Forces-Iraq, General Phillips, former Commander of training Iraqi Army and the commander of protection of Camp Ashraf, and the commander of 89th US MP brigade in Iraq, Col. Wesley Martin, Commander officer of the anti-terrorism in US Army in Iraq and the commander of protection of Ashraf, Col. Dr. Morsch and tens of other high ranking officials.

In addition, it is obvious from Eskil Engdal emails to me that he has been tasked to visit the agents who are on the payroll of the MOIS under the guise of “defected members”and “former members of MEK. This is an absurd game. The security apparatuses in other countries have also testified to affiliation of these individuals with the MOIS. ”

– In Germany, The Federal Office for the Protection of the Constitution of Germany and the office of German security services in the various states since 1997 in their annual reports have underscored that the main targets of the MOIS are the PMOI and the NCRI, and collecting intelligence on them and to disseminate lies about them. These offices since 2000 have constantly underscored: «MOIS recruits former members of these organizations and strives to collect information on their activities, structures and their leadership. In addition, the MOIS is trying to weaken the position of these organizations by various means and by focusing its disinformation on them ».

– The North Rhine Westfalen State office for the Protection of the Constitution stated in its 2017 report: “These agents conduct espionage, disseminate false information, and recruit new spies. In the last four years in particular, they have been spying on members of the Iranian opposition who have been transferred from Iraq to Europe as part of a humanitarian project.”

– In the annual report of the National Intelligence and Security Agency of the Netherlands, the BVD, since 2000, it has been stated: «MOIS strives to collect as much information as possible about PMOI through “former members”:

MOIS agents are required to disseminate false information about PMOI and its members. In this way, they seek to weaken PMOI and discredit the social and political activities of this organization. MOIS is trying to demonize PMOI in the host country.

Most of such”former members” have already been exposed by the Iranian Resistance and credible dignitaries and organizations providing supporting documents and evidence.
Below are a number of revelations on these individuals:

– “Spying for the mullahs: Iranian agents in Britain”; British Parliamentary Committee for a Free Iran – October 2007

“Myths about the Iranian Resistance”; by Yves Bonnet, former Director of the DST – December 2011

Iran’s Ministry of Intelligence active in Europe; The International Committee In Search of Justice (ISJ) – October 2017

No doubt, the religious fascism ruling Iran that its days are numbered because of the Iranian people’s resistance, tries to turn Dagens Næringsliv to a tribune for dirty animosity towards the PMOI and the Iranian Resistance in favor of the religious fascism ruling Iran, and to pave the way for more terrorist plots against the PMOI, especially in Albania.

The message of this infamous mission is clear: There is no alternative to this regime; we should compromise with this evil regime and its massacres, and trade with it without any human and moral and legal considerations.

However, the Iranian people will throw away the religious dictatorship to the trash bin of history, just as they did with the Shah’s dictatorship. Betting on the dead horse is futile.

Previous articleIran news in brief, June 4, 2019
Next articleMajor Drop in Iran’s Output According to New Report