Senator Bob Menendez: We must ensure the safety of Iranian Resistance members 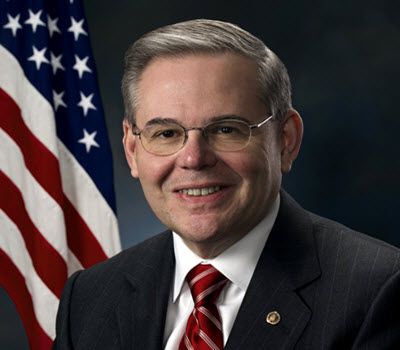 NCRI – In a message to the “Free Iran” rally in Paris earlier this month, United States Senator, Bob Menendez, said that we had to come together to ensure the safety of the refugees living in Camp Liberty in Iraq.

He expressed his gratitude with the governments who have come together to
recognize the importance of protecting the People’s Mojahedin of Iran (PMOI) members at Camp Liberty, especially following the rocket attacks on July 4.

Sen. Menendez, a New Jersey Democrat, said: “I call on Iraqi officials to do everything in their power to prevent further attacks… and be part of a safe, secure, rapid resettlement process. Let’s not forget the role the MEK leadership played in exposing the duplicity of the Tehran regime and the important work you are doing to raise awareness of Iran’s nuclear program.”

For his part, Menendez plans to introduce legislation to hold the mullahs’ regime accountable for its support of terrorism; arming and training so-called Shia militias to destabilize Iraq, backing Syrian dictator Bashar al-Assad who is bombing his own people and supporting a rebel movement in Yemen which will not consider a political process to end the civil strife.

He stated that the Iranian regime’s only motivation for working with Western governments is to protect its own interests.

Sen. Menendez said: “Let us hope and pray that, inshallah — God willing — the work we are doing will improve the safety and security of the MEK members at Camp Liberty. For that, we stand in solidarity today.”

Previous articleUNHCR publishes update on situation of Camp Liberty residents
Next articleSen. John Boozman: The US is committed to a democratic Iran