Statement of the Members of the PMOI/MEK in Ashraf 3 – No. 1 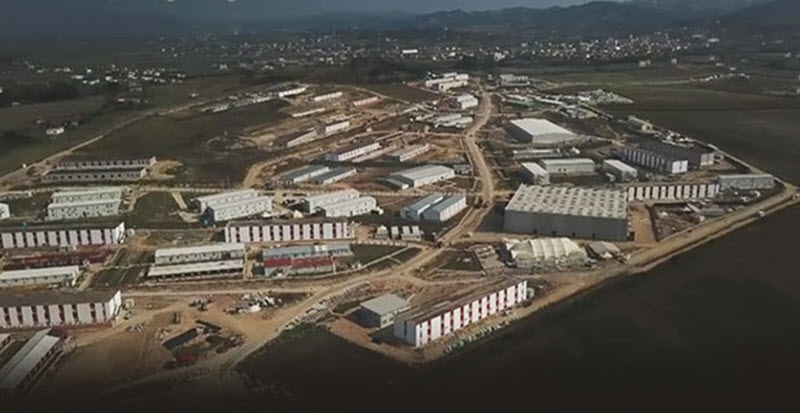 The article “Prisoners of Their Own Rebellion” posted by Spiegel on February 16 contains allegations against the People’s Mojahedin Organization of Iran (PMOI/MEK) and the Iranian Resistance, being the very lies of the media affiliated to the Ministry of Intelligence (MOIS) and the terrorist Quds Force, but in a bigger scale. The fascists ruling Iran have their agents spread lies that they cannot say on their part.

We, a group of members of the People’s Mojahedin Organization of Iran (PMOI/MEK) based in Albania, emphasize that these slanderous allegations only prepare the ground for terrorism against the PMOI, especially in Albania. We, therefore, ask all advocates of democracy and those who combat against terrorism to protest against Spiegel that has fallen to the most disgraceful mouthpieces of the Iranian regime.

This article is undoubtedly a worse scandal than the case of Claas Relotius. This time, Spiegel has made the most despicable slanders against the people it has never met, and has not responded the invitations of NCRI’s representative in Germany on November 14 and 18, 2018 asking the Spiegel deputy editor‐in chief for visiting our residence. This disregard is part of a larger scenario. The other part is the appointment of a trainee correspondent for preparing this report, whose only advantage is that she was trained in Iran and consorted with the members of IRGC and paramilitary Basij. The other part of the scenario is to forget about 120,000 political executions, 500 terrorist acts abroad, and seven bloodbaths in Camp Ashraf and Liberty in Iraq against the PMOI. The goal is to demonize the PMOI, to legitimize the Iranian regime’s previous terrorist acts, and to lay the groundwork for terrorist acts in future.

Thanks to the appeasement policy of the United States, the mullahs’ regime killed or took hostage 177 PMOI members and wounded 1,500 others in years 2009 to 2016. Its goal was the full massacre of all the PMOI members that was left incomplete only through a global campaign that helped us leave Iraq. Now, it seems Spiegel is laying the groundwork for the mullahs to complete the mullahs’ mission against the PMOI in Albania. In this mission, Spiegel completely ignores piles of documents and partial answers to its questions. The smell of lucrative contracts and petrodollars impregnated with the blood of Iranian people does not leave a place for journalism fairness and impartiality. Some of the responses and documents sent to Spiegel can be found on the website of the NCRI Foreign Affairs Committee (German version) at the following address:

Iranian incentives have inspired the Spiegel writers so much that they do not care writing contradictory issues. On the one hand, they write that we are not allowed to have “mobile phones, watches or calendars” in Albania, and on the other hand, they write that the PMOI “in the so‐called “computer division,” allegedly using fake accounts to post pro‐organization propaganda on Twitter and Facebook. Others… use the messenger service Telegram to entice new Iranian recruits to join them in Albania.”

We do not have phones, watches or calendars, but we have access to Twitter, Telegram and Facebook! This is called auctioning off the honesty that never existed. Should they have accepted to visit us, they would have been confined in telling lies and would have left their mission incomplete.

While the Spiegel correspondent raised her most absurd questions with the NCRI’s representative in Germany, she did not dare to question about some allegations, such as “three times per week, many of them apparently practice slitting throats, breaking hands, jabbing out eyeballs with fingers and performing the so‐called Glasgow Smile, which involves cutting cheeks from the corner of the mouth up toward the ear.” This is a Dracula‐wise image Spiegel has quoted from the “defectors”. It is worth reminding that the German Federal Office for the Protection of the Constitution (BfV) has consistently emphasized since 2000 that the Ministry of Intelligence, by recruiting “defectors,” is after gathering intelligence from the PMOI and demonizing them. The NCRI representative had sent the relevant documents to Spiegel, not to mention that Spiegel could have searched the Internet and find out the truth in the 18 consecutive years reports of BfV.

Of course, we never expected Spiegel have political dignity, but the professionalism dignity that Spiegel claimed to have and had promised not to repeat professionalism indignity in the case of Claas Relotius, was just an illusion.

Gholamreza Shekari, one of the subjects in the said article, is one of these “defectors” that you can see the document of his collaboration with the regime at the following address:

He claims to have been tortured by us in 1994, but he remained with the PMOI un l 2016. This is despite the fact that he has met dozens of times, individually, with the officials of US, Iraq, the UN, and the UNHCR, the ICRC and so on. On November 24, the text of the Spiegel interview with Shekari was published by the MOIS third‐hand media outlets. It was clear that the text was prepared by the Spiegel correspondent. The NCRI representative sent this Persian text along with the translation as well as its URL to the deputy editor on November 24 and 25. The same interview with the same points was published in the February 16 article, with the exception that a sentence was removed that Shekari had gone to the Iranian regime’s embassy to return to Iran. It seems that after the expulsion of the regime’s ambassador and another diplomat from Albania due to being involved in terrorism, Spiegel is now shameful. This much of embarrassment by Spiegel should be commended!!

We once again ask everyone not to keep silent vis‐a‐vis the dirty deal whose price is paid with assassinating and killing us. Silence in the face of this gross violation of the basic principles of democracy, human rights and the freedom of expression paves the path for fascism.