Time for Brussels To Cancel Its Prisoner Swap Treaty With Tehran 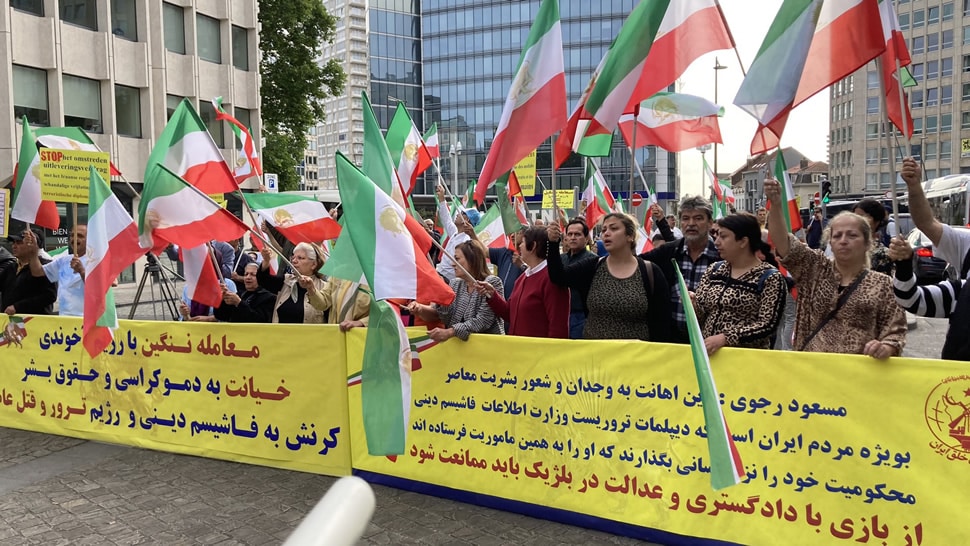 Despite the international outrage over the Tehran-Brussels treaty, Belgium has refused to back down from its wrong decision.  The treaty in question was reportedly negotiated in March, but its existence was not publicly revealed until the end of June. The secrecy is a testament to the backlash that was expected against a treaty that is clearly intended to facilitate the release of an Iranian diplomat-terrorist who was very nearly responsible for the worst modern terrorist attack on European soil.

In 2018, Assadollah Assadi was serving as the third counselor at the Iranian embassy in Vienna when he smuggled more than 500 grams of the high explosive TATP and a detonator into Europe on a commercial flight. He then drove the Iranian-made bomb to Luxembourg in a rental car and handed it off to two co-conspirators, along with instructions on how to use it and where to place it. The intended target of the plot was an international gathering of Iranian expatriates, as well as Western lawmakers and foreign policy experts, which had been organized near Paris by the National Council of Resistance of Iran.

Fortunately, the plot was thwarted, and the explosives were confiscated before Assadi’s agents could cross from Belgium into France. The bomb was then partially detonated, and although a safe perimeter had been established, a Belgian police officer was still injured on the scene. Details of the bomb’s destructive power were later laid out when Assadi was placed on trial, and experts indicated that there had been definite potential for an explosion at the target venue to kill hundreds, including some of the Western dignitaries who were seated near the planned detonation site.

The trial also clearly established that Assadi had not been acting on his own initiative or as some kind of rogue agent. Rather, his plan had its roots in Tehran, specifically in the Supreme National Security Council, an entity whose decisions routinely involve input from both the regime’s president and its supreme leader. These facts underscored the importance of holding Assadi accountable for his actions, but they also fueled calls for Belgium and other Western governments to pursue accountability at a higher level. But these calls to action were never heeded, and this inaction began emboldening Tehran.

The Western strategy for dealing with the Iranian regime has long been “appeasement,” typically based on the mistaken assumption that there is nothing to be gained by confronting the regime directly because there is no viable alternative to the theocratic dictatorship. This mistake is well-recognized by the policymakers who were in attendance at the NCRI’s 2018 rally, and they have earnestly criticized their own governments for being insufficiently assertive in dealing with Tehran.

The Belgian judiciary should be applauded for pursuing its case against Assadollah Assadi and ultimately handing down the maximum sentence of 20 years in prison in February 2021. At the time, it was understood that his case could set the stage for the pursuit of similar accountability from other agents of the Iranian regime, especially in light of the fact that there was already a case then pending in Sweden against an Iranian accused not of terrorism abroad, but rather of crimes against humanity inside Iran.

1)Kharrazi and Larijani both confirmed #Iran’s regime is ready to build nuclear bombs. Khamenei is counting on the weak policies of the West. Endless rounds of negotiations and the disgraceful deal with Belgium have encouraged the regime’s provocative behavior.
#No2Appeasement

In May, the Swedish court concluded that case by handing down a life sentence to the former prison official Hamid Noury for his role in the massacre of 30,000 political prisoners during the summer of 1988. Noury is the first person to face legal consequences anywhere in the world for those killings, which primarily targeted members of the People’s Mojahedin Organization of Iran. His conviction, too, was a step in the right direction, albeit a tentative one, coming at a time when another high-level participant in the massacre occupied the office of the Iranian president.

Ebrahim Raisi’s appointment to that office in June 2021 was a stunning reminder of the clerical regime’s impunity and the effects of Western appeasement. Noury’s conviction represented a small but meaningful challenge to that impunity, but now its long-term effects have been called into question by the treaty for “transfer of sentenced persons”. Although the treaty itself has nothing to do with prisoners in Sweden, it raises questions about whether Assadi’s potential release may be part of a pattern involving other, similarly high-profile Iranian detainees.

If Assadi is released, it will most likely be in exchange for a Belgian aid worker whom the Iranian regime took hostage just ahead of its treaty talks with Brussels. It would not be the first exchange of its kind, but it would be among the most unbalanced, given the severity of Assadi’s crime and the fact that his presumed counterpart, Olivier Vandecasteele, was detained on plainly fabricated charges of spying, then held in unusually harsh conditions with no access to medical care.

If that instance of hostage-taking does secure the release of a convicted Iranian terrorist, Tehran will have ample reason to assume that its impunity is still intact and that it even extends to Iranian intelligence agents working to facilitate attacks on dissidents and activists in Europe and North America. There can be little question that regime officials would make serious efforts to secure the release of Hamid Noury by similar means, thereby further setting back a justice-seeking movement that has made precious advances in the 34 years since the 1988 massacre.

Indeed, Tehran has already been trying to exert pressure on Sweden by threatening the life of another falsely accused Swedish national, Ahmadreza Djalali. These and similar threats will only intensify if the Belgian government proceeds in sending the message that such measures are likely to pay off. Furthermore, if that payoff persists, it will leave Western powers drastically short on tools for discouraging and obstructing terrorist threats and other malign activities by the Iranian regime.

After all, if the mullahs already view terrorism as being in their own self-interest, why would they hesitate to give orders for further attacks to operatives just like Assadollah Assadi, knowing that Western powers won’t hold Tehran accountable and won’t even demand the terrorist himself serve out his sentence, provided that Tehran can just take another Western national hostage?

The Belgian government must understand just what it will risk by releasing Assadi. Even if no other European nations follow suit with the prisoner swap treaty, the stage will be set for the Iranian regime to use Belgium as a hub for targeting surrounding nations as it targeted France in 2018.