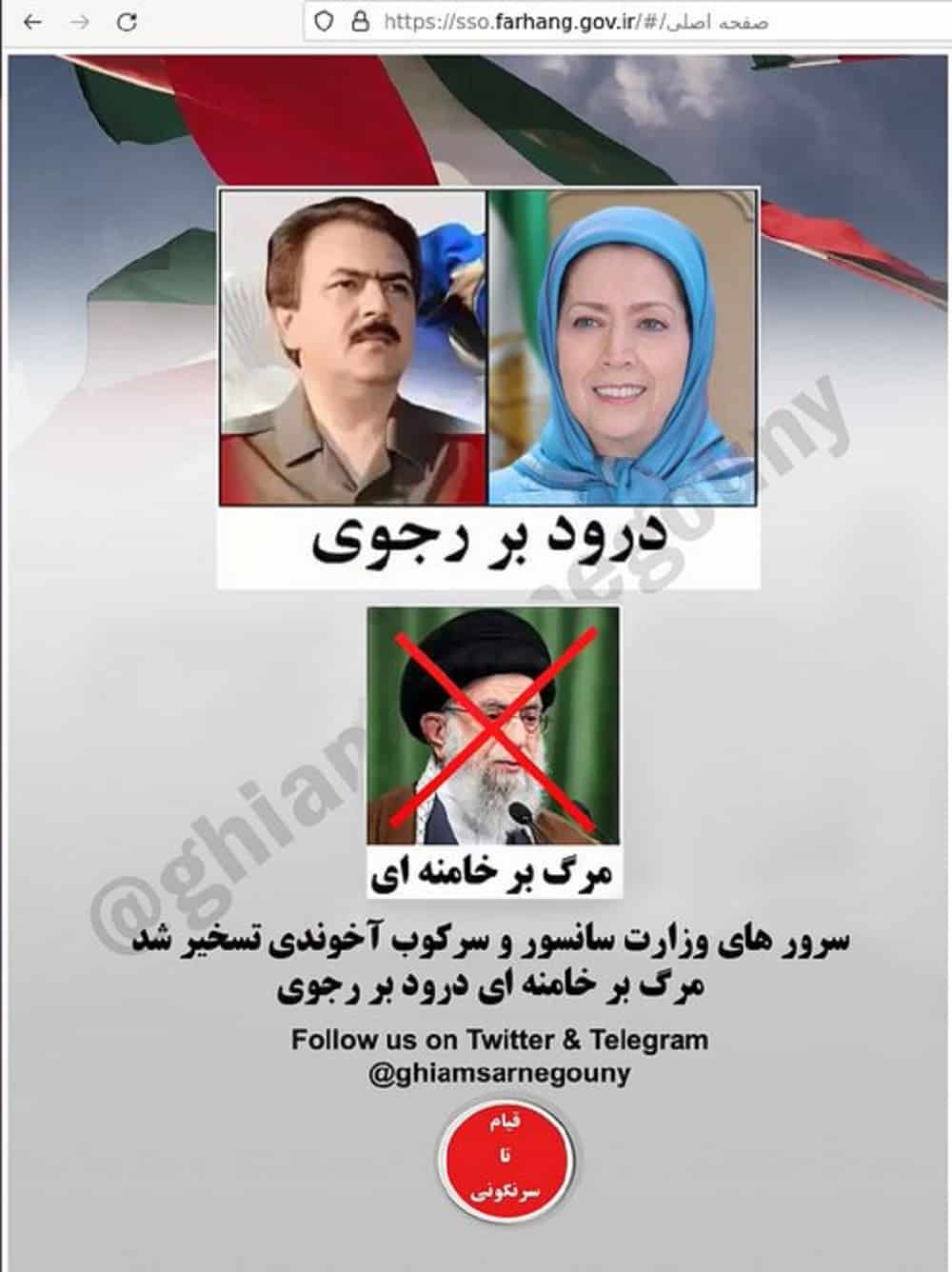 The NCRI has obtained the following information about the recent disruption of the Iranian regime governmental websites and servers:

The extent of the destruction:

The names of several other Ministry’s websites and portals defaced include:

Ministry of Culture and Islamic Guidance closed until further notice because the platform has been taken out.

At noon today, officials in the Ministry of Culture and Guidance told employees that the Ministry will be closed until further notice. Some technical experts in the Ministry are saying that if the problem is not resolved in 24 hours, the rebuilding of the decommissioned systems will have to be deferred to after the Iranian New Year, Nowruz, holidays. The problems, they say, related to the Ministry’s entire systems.

Some of the officials in different ministries who were informed by the Ministry of Culture and Islamic Guidance to alert them about protecting their websites and documents are as follows: