VIDEO: Highlights of the Free Iran March in Berlin 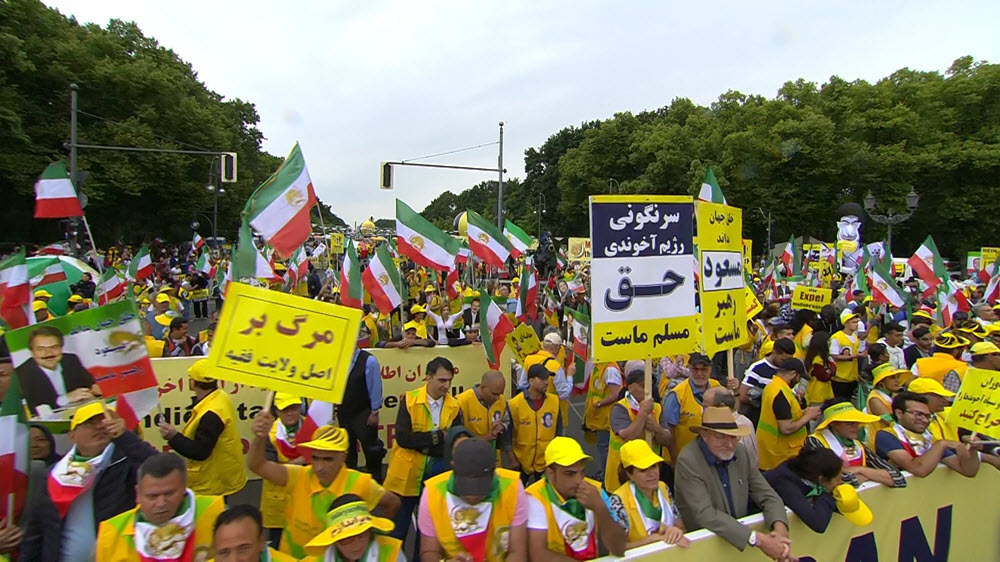 Some 15,000 Iranians marched in Berlin on July 6, 2019 in solidarity with anti-regime protesters in Iran and in support of regime change and democracy in Iran. Supporters of the main democratic opposition People’s Mojahedin Organization of Iran (Mujahedin-e Khalq, PMOI or MEK) in the German capital called on EU leaders to end appeasement of the mullahs’ regime and recognize the right of Iranian people to liberate themselves from religious tyranny.

Iranian opposition leader Maryam Rajavi sent a video message to the Free Iran rally emphasizing the need for Europe to adopt a firm policy vis-a-vis the mullahs’ regime in Iran.