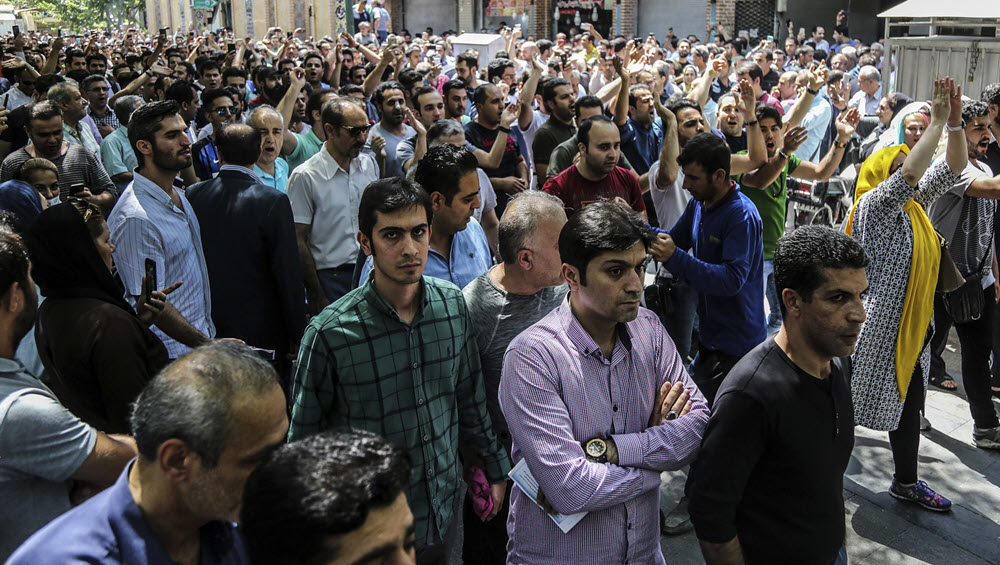 The Washington Times on Thursday ran several articles about the role of the Iranian Resistance group, the People’s Mojahedin Organization of Iran (PMOI/MEK), in the ongoing anti-regime protests in Iran.

The Iranian people’s uprising, which began in December 2017 and soon spread to 142 cities in 31 provinces, saw the Iranian people shouting out slogans like “Death to Khamenei,” “Death to the principle of the velayat-e faqih,” “Reformers, hardliners, the game is now over,” and “Our enemy is right here; they lie to say it is America!” The Regime arrested over 8,000 people, murdered 36, and killed 11 under torture.

This did nothing to stop the protests, so for the past year, Iran has been a hotbed of political activism organized by the MEK, which saw:

• three rounds of nationwide strikes by academics in 104 cities

• strikes by bazaar merchants in 12 provinces

• a 38-day strike by steelworkers

• a strike by railway workers in 35 cities

• a strike by municipal workers in 60 cities

The Washington Times wrote: “The activities of MEK Resistance Units is a decisive factor in the protests and uprisings against the regime, forcing the regime [and its media outlets] to acknowledge their role.”

The Washington Times wrote: “The regime has gone to extremes to try to silence these efforts, and news of sentences of MEK activists have been frequently surfacing in the news media… Despite the regime’s brutal responses, MEK Resistance Units and People’s Councils will continue their daily protest activities. They have thousands of dedicated members in over 150 cities and towns, and they will not stop organizing and campaigning for regime change in Iran.”

The Washington Times has published a 36-page Special Report on the five-day Free Iran Conference that took place in the MEK’s base known as Ashraf 3, in Albania, earlier this month and that was attended by thousands of Iranians, as well as some 350 dignitaries from 47 nations across the world.

The conference was designed to show the world that there is an alternative to the regime and that is the MEK, who built the city of Ashraf 3 in less than a year and will do the massive legwork to rebuild their country in just six months after the mullahs fall, according to the report.

The Washington Times spent a great deal of time describing the city, which it calls a “man-made oasis” featuring Iranian flags that “refuse to stand still” and a replica of entrance to Iran’s National Assembly with the phrase “Victory Is Ours”, but its true praise is for the monument to the 120,000 martyrs, who sacrificed their lives to bring democracy to Iran, and the exhibition that documents the Iranian people’s 120-year struggle for freedom.

The Washington Times wrote: “Aside from its remarkable design, landscaping and architecture, Ashraf 3 has given meaning to an otherwise arid land. Its birth, as the capital of hope, symbolizes the new beginning of a new, free and civilized Iran that can be rebuilt and re-energized at the capable hands of the Iranian people themselves.”

Previous articleIran news in brief, July 25, 2019
Next article3 Protests in Iran Within 24 Hours