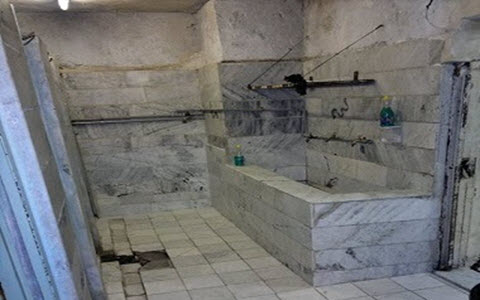 NCRI – The spokesman for the Iranian regime’s judiciary, at a press conference on September 3, regarding medical treatment for prisoners claimed: “The Prisons’ Organization has done considerably more than its capacity to take care of the health and well-being of prisoners!”

This claim is being made by the Iranian regime’s Prisons’ Organization at a time when more than 20 political prisoners have been on hunger strike for over two months, and mistreatment of detainees has led to widespread international protests, including by the United Nations and Amnesty International.

The obscenity of the Iranian regime officials to reverse the facts is also known by the international organizations. But the statement of this official was rejected the day after its publication in a report by a state-owned newspaper that described a small part of the reality of the catastrophic situation of prisons. Although the report by this media does not express all the facts and circumstances prevailing in the regime’s prisons, but it is noteworthy because it has been published in a government owned newspaper.

The state-run Jahan-e Sanat (World of Industry) newspaper wrote on September 4: “Only those who are in different prisons in Iran can understand that the health and medical conditions that are supposed to maintain the health of prisoners are so inadequate and poor.”

“If one day the internal reports of the headquarters to reduce the high-risk behaviour of the judiciary, which closely observes and reflects the situation of the detainees, it will reveal some facts that are not likely to please the current and former officials of the judiciary,” the newspaper wrote.

“In Evin Prison, for example, about 5,000 inmates, sometimes reaching 7,000, have to be transferred to a hospital outside the prison in order to visit a specialist… and it usually takes several months.”

The author of the report, who spent some time in jail, adds: “Beside Hoda Saber (woman author and translator), who died while in prison for heart failure and failure to provide essential hospital care, I have observed at least two others who died due to the lack of attention and ignorance of the Evin prison authorities. One of them had a duodenal ulcer but later due to lack of knowledge and neglect by the authorities developed duodenal cancer and the other one died from drug poisoning inside the prison.”

“Of course, if all information available to other prisoners, especially non-prisoners, is revealed… on this basis only God knows that how many people per month in the prisons in the country suffer from severe illness or die due to inadequacy of medical care and health failure. Of course, all that is said is related to the physical conditions of prisoners. If to the above points a set of mental and psychological illnesses from prison conditions is also added, a long list of threats at the current prison environment in Iran that threatens prisoners life will be obtained.”

“Yet, the spokesman for the judiciary emphasizes that the prison system has been doing considerably more than its ability to deal with the health and wellbeing of prisoners.”

The report describes the status of prisons in other provinces and cities far worse than prison conditions in the capital city of Tehran.

Previous articleIran: Uprising and General Strike of the People of Baneh in Protest at the Killing of Porters
Next articleWorld’s Mega Banks Terminated Negotiation With Iran Regime