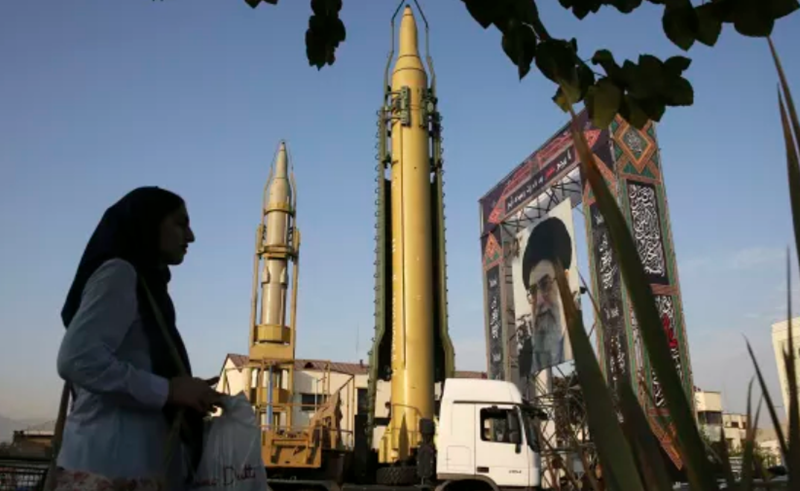 In the past several days, the US Treasury has announced a number of new sanctions on persons with ties to the Iranian Revolutionary Guard Corps (IRGC). Perhaps most significant among these new targets is the head of Iran’s central bank, whose support of organizations like the IRGC, Quds Force and Hezbollah “undermines any credibility he could claim in protecting the integrity of the institution,” according to Treasury Secretary Steven Mnuchin. The Trump administration should be applauded for such persistent efforts to undermine the network of Iran’s support for terrorism.

But it is not only because of the potential impact of these sanctions on Iran’s foreign proxies that the international community should support and follow suit with the administration’s measures. Certainly, the resultant weakening of the IRGC will have a meaningful impact on the Iranian regime’s ability to extend the bloodshed in Syria and the Yemeni Civil War. . And certainly, the impact on the IRGC will also weaken longstanding proxies like Hezbollah. But more than this, serious confrontation of the IRGC will also limit the Iranian regime’s capacity for repressing its own people and staving off their long-frustrated efforts to secure democratic governance in their country.

This latter effect may promise to be more significant at this historical moment than at virtually any point in the past. That is because it comes close on the heels of mass anti-government protests that spread throughout the Islamic Republic at the end of last year and the beginning of this year. As well as encompassing an estimated 142 Iranian cities and towns, those demonstrations gave rise to much more provocative slogans than Iran is used to, with participants chanting “death to the dictator” and “death to [President] Rouhani,” thereby leaving little doubt that their ultimate ambition is regime change.

The mass uprising was largely repressed following approximately 8,000 arrests and 50 shooting deaths, plus at least 14 instances of people being tortured to death in Iranian jails. But the December and January protests were only part of a broader movement that continues to make itself known to this day. Subsequent protests have taken many different forms, some being focused on labor issues while others agitate for the rights of ethnic minorities. But as with the earlier demonstrations, what begins with a narrow set of grievances tends to quickly turn into public recognition of the fact that the existing regime is at the root of most economic and social issues in Iran.

It was no doubt with this fact in mind that Maryam Rajavi, the president-elect of the National Council of Resistance of Iran (NCRI), declared that the current Iranian calendar year would be “a year full of uprisings” leading to the people’s ultimate victory over the clerical regime. The NCRI is a coalition of pro-democratic resistance groups led by the People’s Mojahedin Organization of Iran (PMOI/MEK), which has opposed the regime since its inception and has accordingly been targeted for destruction by the mullahs.

Despite this fact, and despite losing some 30,000 of activists to mass executions in the summer of 1988 alone, the PMOI’s popular appeal has only grown over the years, presenting a serious challenge to the regime’s hold on power. Iranian Supreme Leader Ali Khamenei tacitly acknowledged this in the midst of the nationwide protests when he credited the PMOI with much of their planning and organization.

The recent uprising shook the clerical regime to its core and stretched the repressive capabilities of hardline institutions like the IRGC to their breaking point. Considering that the PMOI and its affiliates have already been able to foster such profound unrest, one can only imagine what these pro-democracy activists would be capable of if the international community joined together in undermining the agents of Tehran’s domestic repression.

As a matter effect, the world does not need to merely imagine it. On June 30, supporters of the NCRI from throughout the world will convene on Paris to discuss what may lie ahead for Iran policy and for the Iranian activist community. By giving due consideration to the input of Mrs. Rajavi, recent expatriates from Iran, and the Iranian resistance’s American and European political supporters, it will be rather easy for policymakers to develop an understanding of what can be accomplished through policies that seek to weaken the Revolutionary Guards in their entirety.

The recent US sanctions, and the Trump administration’s assertive policies in general, have gone a long way toward pushing Iran policy in a direction that will help to not only contain but overturn the malign ambitions of the Iranian regime. But it still remains for the nations of Europe, as well as skeptics within US government, to follow suit. It may be that the greatest obstacle following the path set out by the White House is simply a lack of vision regarding what can be accomplished. But it will be difficult for anyone to stand amidst the rally of 100,000 NCRI supporters and fail to grasp that vision.