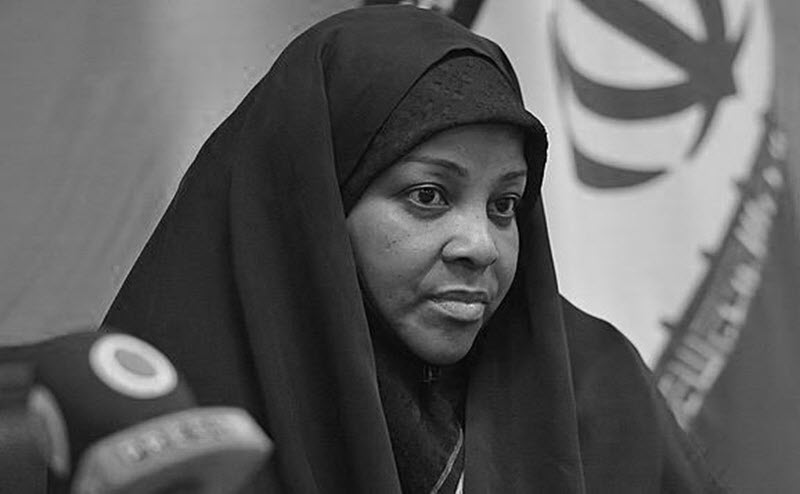 The FBI arrested an American-born anchor for Iran’s state-run English-language broadcasting channel Press TV last week after she landed at St. Louis Lambert International Airport in Missouri, but who is Marzieh Hashemi, why was she arrested, and why is the Iranian Regime so desperate to get her back?

Hashemi, who was born Melanie Franklin in New Orleans, graduated from her broadcasting degree in 1979 - the same year that the Iranian Regime seized power in Iran. She married her husband (Hashemi), who was a supporter of then-Supreme Leader Ruhollah Khomeini and converted to the warped, extremist interpretation of Islam that the mullahs promote.

In 2008, Hashemi moved to Iran and became an anchor for Press TV, the English-language arm of state-run television network IRIB, which targets a non-Iranian audience. There she has played a major role in the Regime’s propaganda campaigns to whitewash their crimes and expand their ideological audience, including justifying the Regime’s brutal crackdown on protesters in the wake of the contested 2009 election with comments to foreign media outlets. She even made a “documentary” that tried to “prove” that the Iranian Resistance was involved in the murder of activist Neda Agha-Soltan, who was actually shot and killed by paramilitary agents of the Iranian regime (Basij) during the 2009 uprising, as evidenced by eyewitness footage. Since then, she has only been promoted.

But why has the US arrested her?

Well, Hashemi’s TV anchor role may only be a cover for her real work at the Iranian Ministry of Intelligence and Security (MOIS). After all, former Iranian intelligence minister Ali Fallahian said that the MOIS would send agents into foreign countries “mostly” under the cover of correspondents.

The IRIB has also been sanctioned by the US in 2003 and the EU in 2012, while India banned it in 2012, for its “key role” in serious human rights violations and trampling dissent by presenting heavily biased reports.

Whilst IRIB is notorious among the Iranian people for oppressing the true voice of the people and spreading fake news about what is really going on in Iran, essentially acting as the mouthpiece of regime officials. The Iranian people describe IRIB as a disgrace in their ongoing anti-regime protests.

It is clear that the Regime wants Hashemi back because Foreign Minister Javad Zarif had been making statements about freedom of the press – something denied to Iranian journalists who don’t toe the Regime line – and the Regime even created a Twitter hashtag. Clearly, Hashemi is a great asset to the Regime, as they generally don’t stick their necks out for ordinary Iranians.