Iran sham election: Qalibaf brags of his atrocities against people 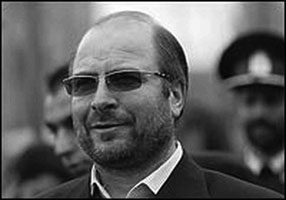 NCRI – A candidate in the Iranian regime’s sham presidential election has boasted of the high number of murders he has ordered of the regime’s opponents.

Tehran mayor Mohammad Bagher Qalibaf bragged that the Iranian capital’s officials were second only to Revolutionary Guards and the Basij para-military forces in the scale of their suppression of enemies.

Qalibaf, a former IRGC commander, said his opposing candidates should declare what they did at the time of the regime’s confrontation – meaning mass murder – with the People’s Mojahedin Organization of Iran (PMOI/MEK) in 1980s.

He told the Tasnim News Agency on Sunday: “Wasn’t our revolution in danger in 2003? Where were each of these men then to defend the revolution against injustice?”

Qalibaf insisted that at the time of the political infighting of 2003, he was ‘on the streets’ of Tehran trying to subdue the crisis.

Qalibaf who was Commander of Police in 2002, then as Tehran’s mayor, he also played an active in the brutal suppression of the popular uprising in 2009.

He added: “Looking at how all the official agencies performed in 2009, Tehran’s municipality gained the third place after the Basij Force and the Revolutionary Guards Corps.”