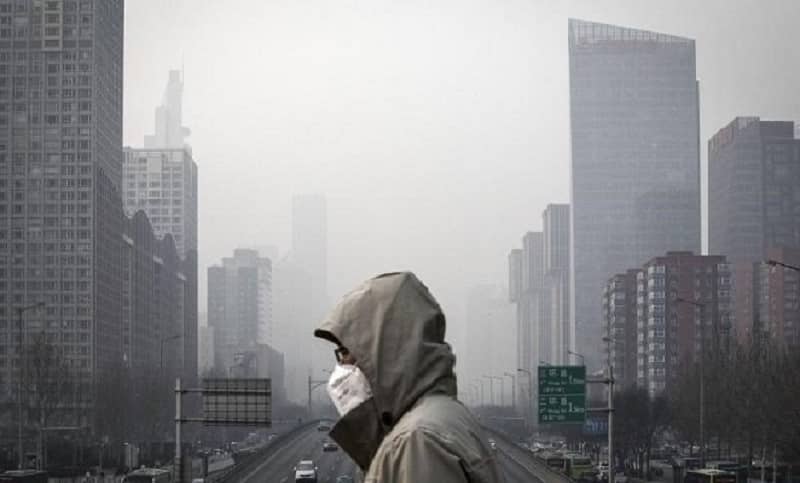 The level of air pollution has passed the critical level in various cities across Iran. While people are grappling with the Covid-19 crisis, they now face another major problem.

A glance at Iran’s state-media clarifies why Iran’s air pollution index has reached this critical point.

“Abbas Shahsoni, head of the Department of Air Health and Climate Change at the Ministry of Health, warned that the weather conditions in Tehran and other metropolitan areas were deteriorating due to weather stability and the use of mazut fuel in power plants,” wrote the state-run Arman daily on Sunday.

According to Arman daily, “Mohammad Mehdi Mirzaei, head of the National Center for Air and Climate Change of the Environmental Protection Agency, confirmed that the use of “mazut fuel instead of gas in power plants and factories is one of the main reasons for the intensification of air pollution in Tehran and metropolitan areas.”

According to the head of the Air Pollution Research Center of Tehran University of Medical Sciences, “Studies show that every year about 40,000 people die in the country due to exposure to particulate matter less than 2.5 microns in the air”.

Similar to their mismanagement of the coronavirus outbreak, the authorities make contradictory remarks but take no action. While according to the state-run Arman daily, “Tehran’s governor underlined again that no power plant or industry is using mazut fuel,” it added “the Environment Agency approved the use of mazut fuel in some industries and power plants in the capital.”

“Officials have pursued a policy of lies, and we all know that the country’s power plants and industries are burning mazut fuel. Our power plants and industries have been burning this fuel for years. We used to burn five million liters of mazut inside Iran and export 15 million liters to the United Arab Emirates and other countries. Still, the fuel is not exported, and the tanks are full of fuel oil,” Arman daily acknowledged the regime’s deception.

These factories and power plants are affiliated to the Revolutionary Guards (IRGC). These industries, which use the mazut fuel, are steel, petrochemicals, refineries, etc., which are exclusively under the IRGC’s control.

Following a report on the use of mazut fuel by factories in 2017, social protests escalated, and “clean air” became a widespread demand. The regime became concerned and passed a law banning mazut and requiring factories to use gas instead. For this purpose, the regime also allocated a budget for this issue.

However, the regime never implemented the “clear air” legislation.

“The question is why is the clean air law that has been passed and promulgated not being implemented to prevent the death of more than 40,000 Iranians annually due to air pollution? In the current situation, while facing Covid-19, air pollution may increase the prevalence of the disease by 10 to 15%, so authorities should take the necessary measures to reduce air pollution,” wrote the state-run Setareh-Sobh on Sunday.

The regime continues using mazut while the International Maritime Organization (IMO) has banned mazut fuel for ships in international waters.

In addition to the Covid-19 outbreak and the increasing air pollution rate, the situation could become worse due to unfiltered sand factories’ activity. Sand parcels in these conditions can result in an environmental and humanitarian disaster.

“Air pollution is a phenomenon that is directly related to macro-management in all areas. This is the common chapter of this crisis with other crises in the country, but the lack of transparency is the reason for such a phenomenon,” wrote the state-run Ebtekar on Monday.

In other words, the regime’s inaction, its prioritizing of economic interests over people’s lives, and its inhumane strategy of using natural disasters to quell the restive society have added to the people’s crises.

Any delay in dealing with the air pollution’s critical situation will have many severe consequences and impose enormous costs on the health of the people and society. In contrast, the regime has never sought a solution to this problem.

The regime-affiliated factories continue their work. Instead of acting to prevent another humanitarian catastrophe, the regime continues plundering people to pursue its malign goals. Like its approach toward the coronavirus crisis, the regime will not act.

The international community should intervene and pressure the regime to halt its activities, which add to Iran’s pollution crisis, which coupled with the Covid-19 crisis could rapidly increase the number of Covid-19 fatalities, which is approaching 200,000.