The People’s Mojahedin Organization of Iran (PMOI) announced this afternoon, April 29, 2020, that Coronavirus has taken the lives of more than 37,200 in 306 cities across Iran.

Iran: Terrified of Popular Uprising, Regime Resorts to Executions in Ramadan to Intimidate the Public

To terrorize the public, the regime carries out executions in #Ramadan. The UN Security Council’s inaction towards prisoners and their executions in #Iran is not acceptable. #COVID19

While the situation in prisons in Iran with the Coronavirus outbreak grown direr as many prisoners, particularly political prisoners, have contracted the virus, the religious fascism ruling Iran, terrified of popular uprisings and to intimidate the public, has resorted to cruel and arbitrary daily executions in various parts of the country. These executions have continued even in the holy month of Ramadan.

Iran: Over 100,000 Workers Fired, Another Sign of Regime’s Failing Economy During Pandemic

At least 100,000 workers in northern Iranian provinces have been laid off because of the coronavirus epidemic, while 65,000 more have registered for unemployment insurance, according to the state-run Sharq daily.

Iranian regime’s officials and Iranian state media are presenting a wildly inconsistent picture of the country’s coronavirus outbreak. Each element of that picture is a lie in its own way, designed to distract the domestic population and convince the international community to serve Tehran’s aims. 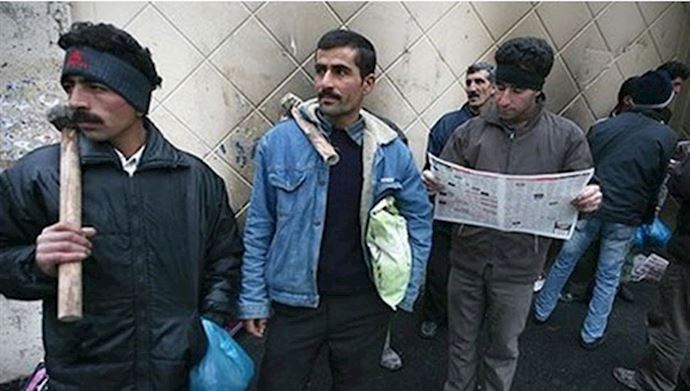 On the eve of International Workers’ Day, it is important to take a glimpse at the situation and position of workers in Iran, who constitute the majority of the country’s population.

Iranian workers are celebrating International Workers’ Day while being under unprecedented pressure. Neither during the rule of the Shah nor the mullahs has the situation been so stressful for workers. Today, in addition to economic hardships, Iran’s labor community is also facing the danger of the coronavirus.

To justify the cancelation of quarantines and forcing workers back to work, Iranian regime president Hassan Rouhani said: “A worker, if he does not work during the day and if he has no money and revenue, how can he provide food for the evening? What can we do for him?” (Excerpt from Rouhani’s remarks during his cabinet meeting on April 8)

Over 36,600 people have died of the novel coronavirus in 301 cities checkered across all of Iran’s 31 provinces, according to reports tallied by the Iranian opposition People’s Mojahedin Organization of Iran (PMOI/MEK) as of Monday afternoon local time, April 27. The official death count declared by the regime is 5,877, nearly a seventh of the actual figure.

Nurses in Iran have been instructed by the regime to remain silent about the Coronavirus outbreak and they have been ordered to attribute COVID-19 deaths to “acute respiratory distress syndrome”.

The Coronavirus outbreak has hit the city of Tehran hard with there being more than 6,000 deaths in the capital alone.

Protests Reported in Tehran and Other Cities Across Iran

Wednesday, April 29, 2020, marks the 167th day since the beginning of the nationwide Iran protests.