Based on the news released on social media, the Iranian regime has cut the power in many cities and provinces in order to prevent pre-announced protests and rallies on the 40th day memorial for the victims of the Ukrainian plane that was downed by the IRGC on January 8, 2020.

The regime authorities claimed that the power cut is due to the lack of fuel in the power plant.

According to MEK sources in Iran, there were calls for rallies to mark the 40th day memorial of the death of the Ukrainian plane passengers and crew. The Ukraine International Airlines (UIA) flight crashed shortly after takeoff from the Iranian capital Tehran on 8 January, killing all 176 passengers and crew members on board. The Iranian regime first denied its role in downing the plane, but after evidence was released on social media it admitted that the IRGC had shoot down the plane. The Iranian regime is still failing to release the black boxes related to the plane, which has raised concerns that the downing of the plane was indeed intentional. 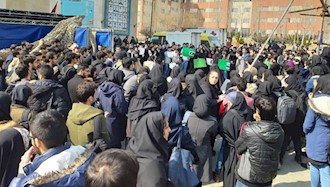 #Iranians tear up election campaign posters and posters of the dead commander of the Quds Force, Qasem Soleimani. They have called for a national boycott of the upcoming Feb 21 Majlis elections. #IranRegimeChange #IranShamElections pic.twitter.com/RXwKSLdJpe

FATF Remains a Problem for the Iranian Regimes 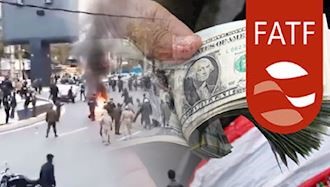 On February 17, The Hamshahri daily wrote, that the case of FATF remained unresolved in the country. This state-run newspaper added that five billion dollars have been blocked in the central bank of Iraq and the Iranian regime is not able to transfer it to Iran. According to Hamshahri, due to FATF, and not the US sanctions, Iraq cannot pay for the Power and Liquid gas that has been bought from Iran. 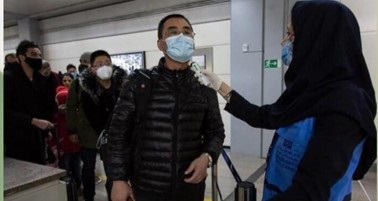 Yesterday Social media reported that the IRGC and affiliated entities are responsible for the coronavirus entering  Iran. Ignoring the health of Iranians and despite the news confirming patients are suffering from coronavirus in Iran, the terrorist IRGC continues its flight to China and reverse. A member of the Health subcommittee in Iran’s parliament admitted that there is no limitation on traveling from China to Iran.

It is worth mentioning that recently Chinese officials have confirmed that there has been a dramatic mutation on corona’s victims. 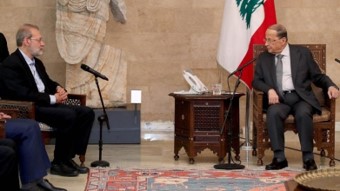 The Ministry of Cooperatives, Labour, and Social Welfare: I urge all producers to maintain their workforce where they can, even at low pay, acknowledged the state daily, “Iran”.

“The unemployment insurance fund now has a deficit of 2 billion USD. We are not in a good position in terms of labor payments. The number of unemployed people is increasing as we covered nearly 93,000 unemployed in the year 2000-2001 and in 2019 our unemployment insurance coverage increased to about 250,000. The Social Security Agency is struggling to pay the salaries of 3.3 million retirees per month.” The Regime minister was quoted admitting to the regime’s bankrupt economy, the paper also reported that when the regime presented its budget to parliament, it amounted to 470 trillion Tomans, initially reduced to 407 trillion Tomans and today’s state budget has reached 301 trillion Tomans, that is to say, the state financial budget is facing 170 trillion Tomans deficit this year.

Tuesday, February 18, 2020, marks the 96th day since the beginning of the nationwide Iran protests.

Previous articleIran Opposition Leader Maryam Rajavi to El Espanol: From Beirut to Baghdad to Tehran, the Ground Is Shaking Under the Mullahs’ Feet
Next articleIran Protests, Intensify as Regime Power Wanes