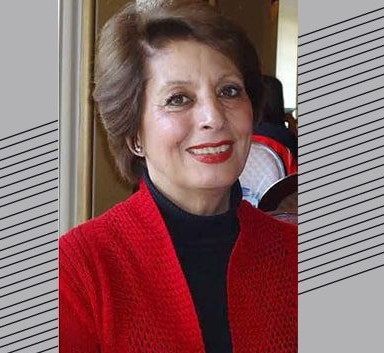 Great Iranian artist and singer and former political prisoner, Marjan voice of Iranian Resistance for freedom, passed away Friday night, June 5, 2020, due to heart failure after a surgical operation.

Marjan was a popular actress and singer. Born on July 14, 1948, her original name was Shahla Safi Zamir. She became a radio announcer as a teenager, then found her way to cinema, and finally to singing where she became a brilliant star. Like other female artists, she was banned from singing after the 1979 Revolution which toppled the Shah.

The United Nations watchdog on Friday said that the Iranian regime has continued to violate all of its restrictions under the terms of the 2015 international nuclear deal, formally known as the Joint Comprehensive Plan of Action (JCPOA).

Maryam Rajavi: Forty years of the mullahs’ rule has dismantled the country’s medical, health and welfare foundations to a large extent, leaving our country and society unable to defend against pandemics

Forty years of the mullahs’ rule has dismantled the country’s medical, health and welfare foundations to a large extent, leaving our country and society unable to defend against pandemics #WorldEnvironmentDay #Iranpic.twitter.com/kRlxcmiqUG

Who is Mohammad Bagher Ghalibaf, the new speaker of the Iranian regime’s parliament

On the anniversary of the death of Iranian regime founder Ruhollah Khomeini, supreme leader Ali Khamenei praised Khomeini’s bloody legacy of suppressing the Iranian people. He described Khomeini as a “young-minded” person who gave important posts such as the commander of the Revolutionary Guard (IRGC) and important judicial positions to the youth.

Stressing on the youth is a recurring theme in Khamenei’s remarks in the past few months and is in line with his strategy to establish a “young and hezbollahi government” that can guide his regime “through difficult straits.” Although he was careful not to mention the name of the People’s Mojahedin Organization of Iran (PMOI/MEK), he couldn’t avoid acknowledging the Iranian opposition’s current role in the society.

“Even before [Khomeini], there were movements, but their activities were limited to a few students,” Khamenei said, trying to downplay the history of the MEK.

Saturday, June 6, 2020, marks the 205th day since the beginning of the nationwide Iran protests.

Previous articleIran: Coronavirus Death Toll in 325 Cities Is More Than 49,500
Next articleIran Regime’s Herd Immunity Policy During the Coronavirus Crisis and Its Outcome