In recent weeks and months, the state-run radio and TV, media outlets, and websites of the Iranian regime have repeatedly and on numerous occasions confessed to the role of the MEK in leading, organizing, and guiding protests and uprisings in Iran.

On Sunday, May 17, the state-run website Erja News urged the clerical regime’s officials to be vigilant about the growing public embrace of the MEK’s ideals and slogans, especially among university students and the country’s intellectuals. It underscored the “sinister awakening of sleeping cells” of the MEK, in their “thousands,” inside the country and expressed fear over the expansion of the activities of the MEK and its Resistance Units.

The Iranian regime’s supreme leader, in a video conference on Monday, with his Basiji paramilitary forces posing as students, once again expressed his utter fear of the People’s Mojahedin Organization of Iran (PMOI/MEK) and its role in leading the restive Iranian society toward toppling the regime.

While over 42,200 people have died of the novel coronavirus in 319 cities, the Iranian people and the PMOI/MEK network inside Iran highlight the solution for Iran which is the overthrow of the mullahs’ rule. They took to graffiti in public places writing messages of Iranian Resistance leader Massoud Rajavi and NCRI President Maryam Rajavi.
They wrote:
Isfahan—Posters of Massoud Rajavi and Maryam Rajavi: “It is time to rise up, to rebel and rise up and break the prison chains”
Tehran— “The generation of Iran will not give up to the coronavirus caused by the supreme leader and will not accept silence.”
Rasht— “The army of the poor must rebel and rise up.”
Hamedan— “Down with Khamenei, Hail to Rajavi”
Ahwaz— “Coronavirus outbreak is the guilt of the Iranian regime & mullahs.”
Gilan— “Khamenei’s rule will be overthrown.”

PMOI/MEK Resistance Units took to graffiti against the Iranian regime 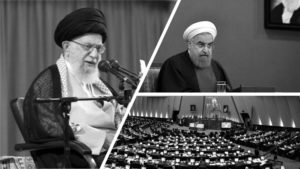 In a video conference with a group of handpicked Basij mercenaries posing as students, the regime’s Supreme Leader, Ali Khamenei, expressed his fear over the surge in popular uprisings and protests and the increasing support for the People’s Mojahedin Organization of Iran (PMOI/MEK) and the Resistance Units. 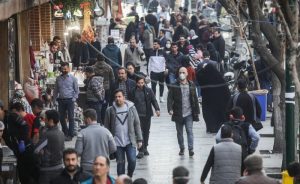 Regime’s Health Ministry: The number of infected in the past 24 hours is 2,294, the highest in the past month and a half

Death toll only in Mofatteh Hospital in Varamin is 180 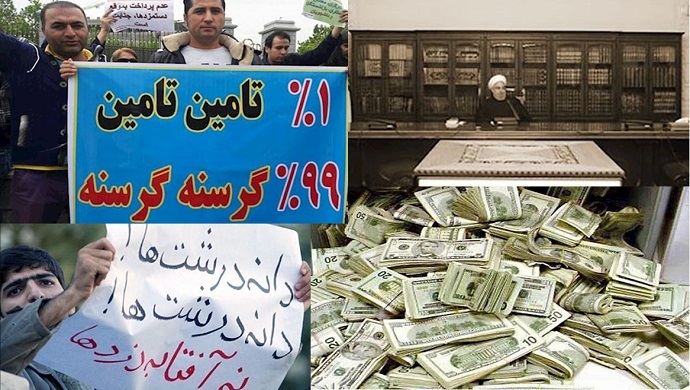 Rouhani said: “If we rely solely on the oil barrel, we will have problems.” This means that the regime has given up on oil revenues. The regime had predicated the 2020 budget on exporting one million barrels of oil per day at $50 a piece. The regime had hoped for a total of $18 billion of revenue from oil exports. But given the sudden drop in oil prices during the coronavirus pandemic, there’s no chance that the regime can amass that revenue, even if it reaches its desired volume of exports. In the best-case scenario, the regime will only get $250 million in a year, one-seventieth of what it had anticipate.

Maryam Rajavi: The astounding rise in the Coronavirus death toll and the upward trend of the crisis in many provinces  in Iran are due to the clerical regime’s inhuman policies

The only thing the mullahs are concerned about is to preserve their disgraceful rule.

The astounding rise in the #Coronavirus death toll and the upward trend of the crisis in many provinces in #Iran are due to the clerical regime’s inhuman policies. The only thing the mullahs are concerned about is to preserve their disgraceful rule #COVID__19 pic.twitter.com/VjZjfwLp2H

Tuesday, May 19, 2020, marks the 187th day since the beginning of the nationwide Iran protests.